Eddie Mair to leave the BBC 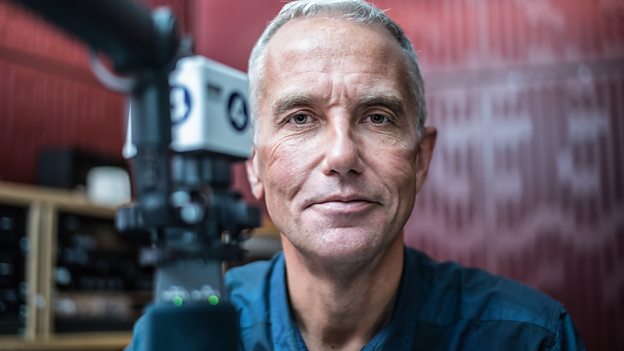 It’s 31 years since I joined the BBC, 25 years since I first presented PM, and 20 since it became my main gig. I thought this was the appropriate moment to step out and give someone else a chance, before I’m so old my sentences make no lasagne.Eddie Mair

Category: Radio 4; Radio; News
Eddie Mair, the award-winning presenter of PM, is to leave the corporation after over 30 years.

Eddie Mair says: “It’s 31 years since I joined the BBC, 25 years since I first presented PM, and 20 since it became my main gig. I thought this was the appropriate moment to step out and give someone else a chance, before I’m so old my sentences make no lasagne.

“I’m going to miss the PM team, and Tony Hall’s after shave. I realise the BBC will close down without me and there will be a run on the pound but I can’t stay in an organisation that refused to let me host Songs of Praise. I bought a jacket and everything.

“I’m truly grateful to the BBC, however for being given more opportunities over the years than I deserved. My apologies to PM listeners for all the things I’ve said that I shouldn’t have, and all the things I should have said that I didn’t. Whoever comes next will be getting the best job in the BBC and I honestly wish them the very best.”

Fran Unsworth, Director of BBC News, says: “Eddie has had a fantastic career at the BBC. Over the many years he has been here, he has been hugely popular with the public.

“Eddie has delivered outstanding journalism and created a real bond with the audience through his mixture of warmth, incisive questioning and knowing when to listen in order to get the very best out of his guests.

“He is one of the outstanding broadcasters of his generation and his new employer is very lucky to have him.   “Eddie leaves with our thanks and everyone at the BBC wishes him well for the future.”

Gwyneth Williams, Controller of R4, says: “Eddie is a consummate broadcaster. You want to be in his hands when news breaks and I remember too, with respect, but also personal sadness, his conversations with Steve Hewlett during Steve’s illness. I would like to thank him for his commitment over so many years to PM, Radio 4 and our audience."

Eddie’s last show will be on Friday 17 August. An announcement on his successor will be made in due course.