A year on from Blue Planet II, BBC One film reveals the devastating consequences of the plastic pollution crisis in our oceans 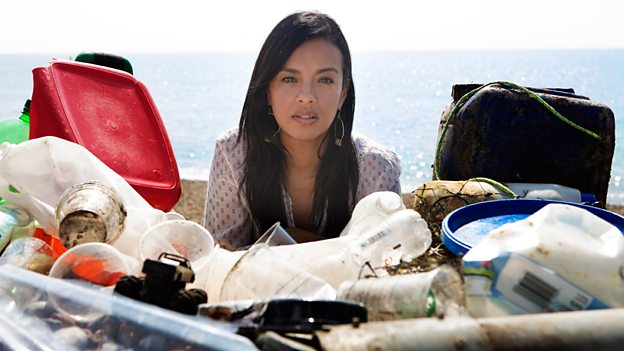 BBC One continues its mission to uncover the devastating impact plastics are having on our oceans in this special film that looks at one of the most significant and important environmental crises of our time.Charlotte Moore

Category: BBC One; Factual
BBC One’s Drowning In Plastic will pick up where Blue Planet II left off to explore the devastating impact plastic has on our marine environment, and the wider ramifications that our throwaway culture has had on the creatures that share our planet.

To be broadcast on 1 October, wildlife biologist Liz Bonnin will take audiences on an important journey to look at the dangers and struggles of our marine wildlife, and the sheer extent of the problem that now faces us as a species as our seas increasingly become choked up.

Included in the programme:

Charlotte Moore, Director of BBC Content, says: “BBC One continues its mission to uncover the devastating impact plastics are having on our oceans in this special film that looks at one of the most significant and important environmental crises of our time.”

Tom McDonald, Head of Commissioning, Natural History & Specialist Factual, says: "Blue Planet II had an extraordinary impact in raising awareness of the threat of plastics to our oceans. This powerful and emotional 90 minute special signals our continued commitment to exploring the challenges facing the natural world and bringing our audience the very latest research from the field on this incredibly important subject."

Drowning In Plastic airs on BBC One on Monday 1 October at 8.30pm

Drowning In Plastic is part of Plastics Watch, a pan-BBC initiative looking at the changes happening across the UK and the wider world in tackling plastic pollution, following the huge global impact of Blue Planet II.

Drowning In Plastic (1x90') was commissioned by Tom McDonald, Head of Commissioning Natural History and Specialist Factual and Charlotte Moore, Director of Content. The Commissioning Editor is Craig Hunter. It is being made by Raw TV where the Exec Producer is Exec is Dominique Walker and the Director is Tom Watt-Smith.