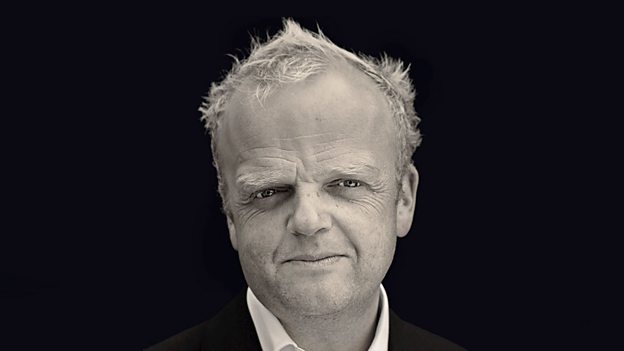 Don’t forget the Driver is a brilliantly woven story of humanity and unexpected consequences. Comedy can misfire when it takes on the big issues of the age but this series with the unrivalled Toby Jones is so human, so rooted, so warmly funny, that it illuminates, enriching our understanding.Patrick Holland, Controller of BBC Two

It explores what it means to live, work and parent at a point when the entire UK population is having to come to terms with the changing colour of their passports.

Green is at full stretch just about coping with his disaffected daughter Kayla (bored to a state of almost total inertia in a place that has nothing for her) and Audrey, his mum, whose life is rapidly descending into confusion and fear. The discovery of a dead body on the docile Bognor shoreline and an unsettling meeting with a new arrival in town throws Green’s life into chaos – a lost soul in need of assistance, who he could help. But will he? Can he?

Don’t Forget The Driver follows a group of people struggling with their place in the world, their own sense of identity, and reveals how, in one single moment, even in the most ordinary of lives, an accidental encounter can change the course of everything.

Sister Pictures Executive Producer’s Jane Featherstone and Naomi De Pear says: “We’re delighted to be working with the wildly talented Toby and Tim on their unique, funny and probing Don’t Forget The Driver which has its perfect home in BBC Two. We fell in love with this wonderful web of people, some born and bred in Bognor and others surprised to find themselves there, led by Toby’s Greene who is forced to challenge his long-held perceptions of the world and himself.”

Toby Jones says: “I’m excited to collaborate with the celebrated playwright Tim Crouch and the fabulous Sister Pictures on our first piece of writing for television. We hope that Don’t Forget The Driver will be an unusually funny drama about small town Britain and the joys of coach travel.”

Patrick Holland, Controller of BBC Two, says: “Don’t Forget The Driver is a brilliantly woven story of humanity and unexpected consequences. Comedy can misfire when it takes on the big issues of the age but this series with the unrivalled Toby Jones is so human, so rooted, so warmly funny, that it illuminates, enriching our understanding.”

Shane Allen, Controller of BBC Comedy Commissioning, says: “This irresistible piece explores big rich themes about identity - both personal and national. It feels very timely in this climate of introspection and transition. Shot through with heart and humour it will continue to cement BBC Two’s reputation as the place to deliver poignant, mature and highly resonant comedy drama starring the cream of British comedy writing and acting talent.”

Don’t Forget The Driver has been commissioned by Patrick Holland, Controller of BBC Two, and Shane Allen, Controller of BBC Comedy. The comedy is Executive Produced by Jane Featherstone (The Split, Broadchurch, Humans) and Naomi de Pear (Flowers, The Bisexual, River) for Sister Pictures, and BBC Comedy Commissioning Editor Kate Daughton. Don’t Forget the Driver also sees Holly Pullinger (previous Line-Producer credits include Save Me, Flowers and The Bisexual), step into her first producer role to produce the 6x30’ series for Sister Pictures.