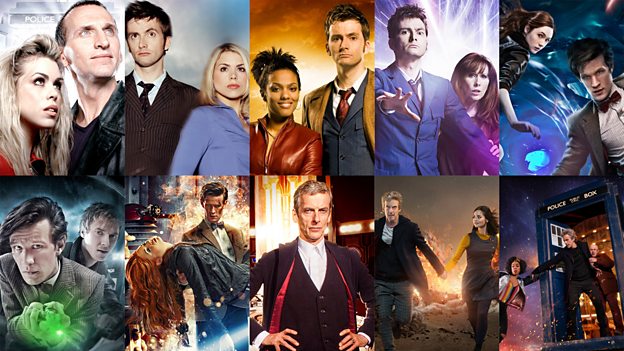 Bringing back these series of Doctor Who is just part of our offer this summer, giving viewers the chance to uncover or rediscover the Doctor’s previous adventures.Dan McGolpin, Controller, Programming & Daytime

Doctor Who fans excited for the highly-anticipated new series this autumn are in for a treat this summer, as every episode since the 2005 revival will be available to watch on BBC iPlayer from Monday 4 June.

Ahead of Jodie Whittaker taking up the mantle of the Thirteenth Doctor, all ten series will be available to watch as box sets on BBC iPlayer, including every special from the past 13 years of the Doctor’s adventures, including mini-episode The Night Of The Doctor. Whovians can take the TARDIS back to 2005 to enjoy every moment, from Christopher Eccleston’s Ninth Doctor first meeting Rose, right up to Peter Capaldi’s Twelfth Doctor’s final moments in last Christmas’s Twice Upon A Time.

The series has been one of the BBC’s biggest successes since returning in 2005, and has seen an extraordinary number of big names appear on the show. In addition to Eccleston and Capaldi, David Tennant and Matt Smith both had star-making turns as the Tenth and Eleventh Doctor respectively, and big-name guest stars include Carey Mulligan, Simon Pegg, Derek Jacobi, Kylie Minogue, Andrew Garfield, Felicity Jones and Bill Nighy.

Previous series of Our Girl and The Bridge were recently brought back to BBC iPlayer before the new series aired, providing fans with a chance to remind themselves where things left off and for new viewers to see what all the fuss was about. As well as a busy summer of sport and live events, the returning series of Doctor Who will help to ensure BBC iPlayer is a must-visit destination for viewers this summer.

Dan McGolpin, controller of programming for the BBC, says: “We’re reinventing the BBC for a new generation, and BBC iPlayer is key to that. Bringing back these series of Doctor Who is just part of our offer this summer, giving viewers the chance to uncover or rediscover the Doctor’s previous adventures.

"You can also watch the World Cup live in UHD, catch-up on the latest stories unfolding in Albert Square and binge-watch boxset drama like Our Girl, or comedy like This Country. BBC iPlayer will have something for everyone.”