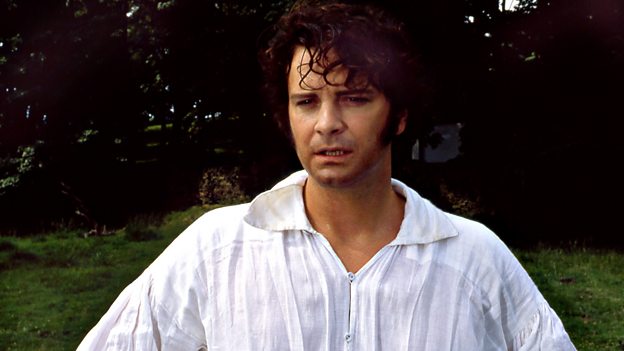 As well as reliving iconic moments like Mr Darcy’s lake scene and Francis Urquhart’s political scheming and manipulations, we’ve also reached deep into the BBC’s archive to bring audiences treasures like the brilliant sci-fi classic Quatermass and the Pit and an early breakout performance from Judi Dench in Talking to a Stranger.Piers Wenger

Category: BBC iPlayer; Drama
Fans of classic BBC drama are in for a fantastic summer, as a number of beloved series make a dramatic return as boxsets to BBC iPlayer this week.

The 1995 adaptation of Pride and Prejudice, the original 1990 series of House of Cards and 2004’s North and South are all coming to BBC iPlayer’s From the Archive section from today, along with a number of other series.

Regarded by many as the definitive on-screen version of the beloved Jane Austen novel, the 1995 adaptation of Pride and Prejudice stars Colin Firth as Mr Darcy and Jennifer Ehle as Elizabeth Bennet. The series is most famous for the scene in which Firth emerges from a lake in dripping wet clothes before a surprise encounter with Miss Bennet, which has been called one of the most unforgettable moments in British TV history.

Drama fans can also enjoy the first series of House of Cards, which first aired on the BBC in 1990. The original version follows Francis Urquhart, played by Ian Richardson, as he schemes and vies for power of the Conservative Party following the end of Margaret Thatcher’s reign. 2004’s North and South depicts Elizabeth Gaskell's feisty and passionate story, set across the social divide in the changing world of Victorian industrial society. When it first aired the series also introduced audiences to Richard Armitage, before he went on to star in Spooks and Peter Jackson’s The Hobbit.

Also included in the new additions to BBC iPlayer’s From the Archive section is the classic sci-fi series Quatermass and the Pit. Originally broadcast by the BBC in 1958, the series made a big impression on the creators of Doctor Who.

Viewers can also enjoy Mike Leigh’s highly regarded 1976 cult comedy Nuts in May, which follows the story of a nature-loving and rather self-righteous couple's exhausting battle to enjoy what they perceive to be the idyllic camping holiday.

The oldest programme in the new additions is 1956’s Mrs Patterson, a television play about race and adolescence set in the Deep South of America in the 1920s. The series stars Eartha Kitt as Theodora ‘Teddy’ Hicks and the first cast with black actors in leading roles in British TV history.

Also included is Talking To A Stranger, a 1966 series that features a breakout, Bafta-winning performance from a young Judi Dench, and cult classic The War Game. Originally filmed in 1965, the drama-documentary was deemed too shocking for TV audiences of the time and was banned from broadcast for 20 years, finally being first aired in 1985.

The programmes will sit in BBC iPlayer’s From the Archive section. Launched last September, the section hosts over 400 programmes from the BBC’s vaults, from 1946 to the present day, including BBC documentary series Horizon, Storyville and Imagine, alongside popular classics and programmes from legendary BBC stars like David Attenborough, Dawn French and Barbara Windsor. Just last week, filmmaker Louis Theroux curated a selection of documentaries that have moved, inspired and influenced him for BBC iPlayer’s From the Archive section.

Piers Wenger, controller of drama commissioning for the BBC, says: “What a wonderful treat for us to able bring all these programmes back to BBC iPlayer. As well as reliving iconic moments like Mr Darcy’s lake scene and Francis Urquhart’s political scheming and manipulations, we’ve also reached deep into the BBC’s archive to bring audiences treasures like the brilliant sci-fi classic Quatermass and the Pit and an early breakout performance from Judi Dench in Talking to a Stranger.”

Jane Austen's classic story of social mores is brought to life by an all-star cast in this 1995 adaptation by writer Andrew Davies. The arrival of the wealthy Mr Bingley causes great excitement within the Bennet family. One of her five daughters, Mrs Bennet feels, is sure to capture the heart of the wealthy young aristocrat. Meanwhile the willful and opinionated Elizabeth Bennet matches wits with haughty Mr. Darcy. 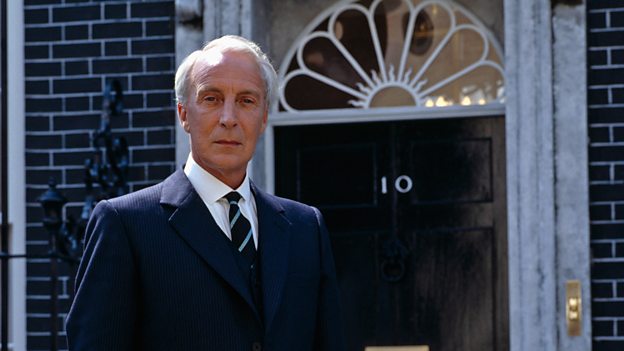 Andrew Davies' adaptation of Michael Dobbs' best-selling satirical novel about the corrupt and cynical world of British party politics. When charming Chief Whip Francis Urquhart is passed over for promotion by a new party leader, he hatches a dastardly plot to wreak revenge on each and every one of his colleagues. 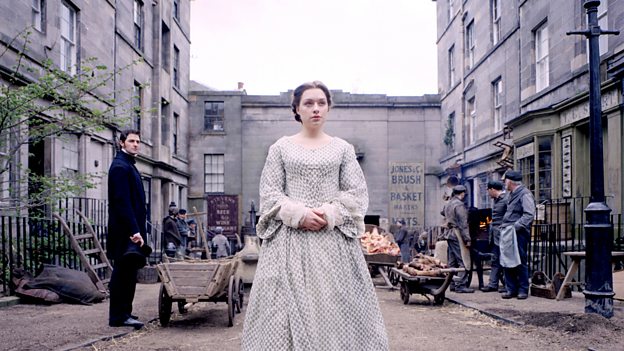 Four-part adaptation of Elizabeth Gaskell's feisty and passionate story, set across the social divide in the changing world of Victorian industrial society. 19-year-old Margaret Hale and her parents are forced to leave their idyllic life in the south when Mr Hale resigns from the clergy and the family move to the northern town of Milton. Mr Hale takes work as a private tutor while Margaret and her mother struggle to adapt to their new lives in the north.

When she befriends local millworkers, Margaret's consciousness is rapidly awakened to the divisions and inequalities in society. A fiery meeting with charismatic millowner John Thornton only serves to reinforce her prejudices against him - he personifies the cruel injustice of the industrial system. Thornton however, begins to develop a rather more favourable opinion of spirited Margaret. 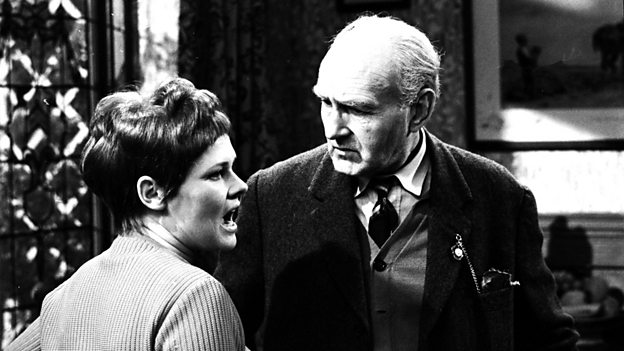 Over four parts, the events of one tragic weekend are told from the point of view of each member of the Stephens, an ordinary suburban family. Judi Dench and Maurice Denham star. First shown in the Theatre 625 series on BBC Two in 1966. 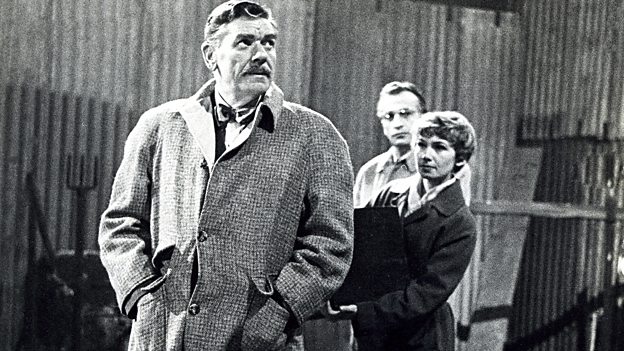 Sci-fi thriller. A team of scientists find a mysterious capsule and have no idea of its origin or purpose. Professor Quatermass is resisting the planners of a rocket project known as the Dead Man's Deterrent. Meanwhile excavation is going on at Hobbs Lane, long the site of reported imps and devils.

Peter Watkins' Academy Award-winning drama-documentary about an imagined 1965 nuclear attack on Kent. Vividly detailing the public and private consequences of nuclear hostility, the film refutes any idea that Britain might survive such an attack and offers a strong critique of the philosophy of nuclear deterrence. Although originally made for the BBC in 1965, the film deemed too shocking for TV audiences of the time and was banned from broadcast for 20 years, finally being first aired in 1985. 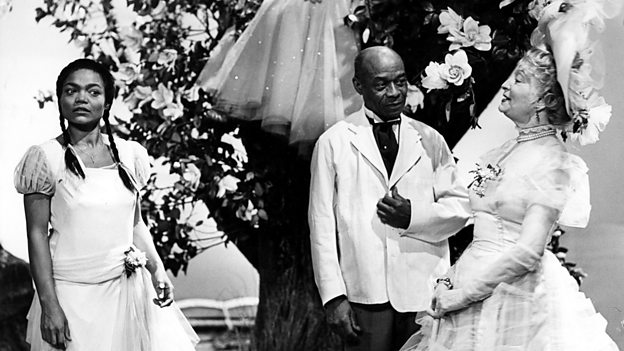 A play about race and adolescence set in the Deep South of America about 1920, written by African-American painter-playwright Charles Sebree and Greer Johnson.

Teddy Hicks is a poor, illegitimate, black 15-year-old who spends her time daydreaming about living a life of luxury like her mother’s wealthy and well-travelled white employer, 'Mrs Patterson'.

Eartha Kitt stars as a teenage girl in a Kentucky shanty-town, who dreams of escaping from her boredom at home to the garish, alluring city of Chicago. 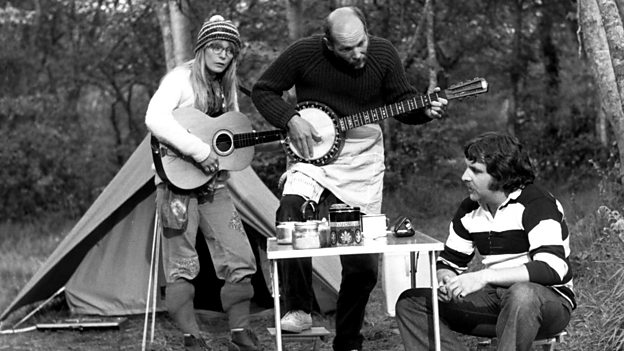 A television film devised and directed by Mike Leigh. A tale of camping holidays and all the hazards involved. Their Morris packed to the gills, the punctilious Keith and the more spontaneous Candice-Marie arrive at a Dorset campground where they pay 10 pounds in advance for ten nights.

It's peaceful - they visit Corfe Castle, eat vegetarian food and go in search of raw milk. Then a fellow with a loud radio pitches his tent near theirs. Keith is beside himself and it doesn't help when Candice-Marie decides to befriend the young man. Things get worse when a couple arrive on a motorcycle, make noisy love in their tent and then start an illegal campfire.

It's too much for Keith and he loses it. Will our middle-class couple find a bucolic corner or are they doomed to brawl with the noisy and unwashed?