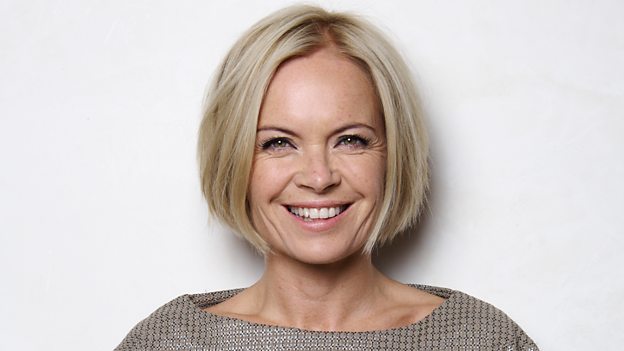 This series will put them through their paces as painters, and test whether they can achieve the levels of excellence on canvas that they have achieved on the stage, catwalk, screen and cricket pitch.Mark Bell

Category: BBC One; Factual; Commissioning; BBC Studios
Six famous faces will be putting their artistic skills to the test in a bid to be crowned champion of BBC One’s Celebrity Painting Challenge.

Presented by Mariella Frostrup, the series will bring together contestants from across the world of acting, music, presenting and sport. Baring their souls on canvas will be actor Jane Seymour, musician and presenter George Shelley, cricketer and broadcaster Phil Tufnell, model and DJ Amber Le Bon, presenter Josie D’Arby and TV personality Laurence Llewelyn-Bowen

Mariella will be joined by Daphne Todd OBE, former winner of the BP Portrait award, and acclaimed figurative painter Lachlan Goudie, who will return as the discerning judges.

With filming due to start this autumn, the six contestants will take part in a range of tasks, masterclasses and challenges designed to test their painting prowess. Challenges will range from traditional artistic mediums, such as portraits, self-portraits, landscapes, still life and life drawings - to fun challenges with humour and a twist. Along the way they will be supported by artists and mentors Diana Ali and Pascal Anson, who will be on hand to push their creativity to the limit.

The grand finale will see the toughest challenge of the series, and at the end, the winner of Celebrity Painting Challenge will be announced. As part of the finale a selection of paintings from the six artists will be auctioned off, with the proceeds going to charity.

Mark Bell, Head of Arts Commissioning, BBC, says: “Our multi-talented contestants have achieved renown in their different fields, but what is less well known is their love of art. This series will put them through their paces as painters, and test whether they can achieve the levels of excellence on canvas that they have achieved on the stage, catwalk, screen and cricket pitch.”

Kat Lennox, Executive Producer, Factual Entertainment at BBC Studios Productions, says “I’m excited to be working with such a talented team to create a celebrity version of this much loved competition format which will see talented celebrity artists swap their glamorous jobs in the limelight to get behind an easel. The challenges will be designed to test their creativity and there will be some surprises in store, but I’m also looking forward to seeing our celebrity artists grow across the competition.”

Celebrity Painting Challenge is due to air Spring 2019. It is a BBC Studios production, the Executive Producer is Kat Lennox and the Series Editor is Chi Ukairo. It was commissioned for BBC One by Charlotte Moore, Director BBC Content and Mark Bell, Head of Arts Commissioning. The Commissioning Editor is Michael Jochnowitz.