Celebrity MasterChef fires up the ovens for another hot summer 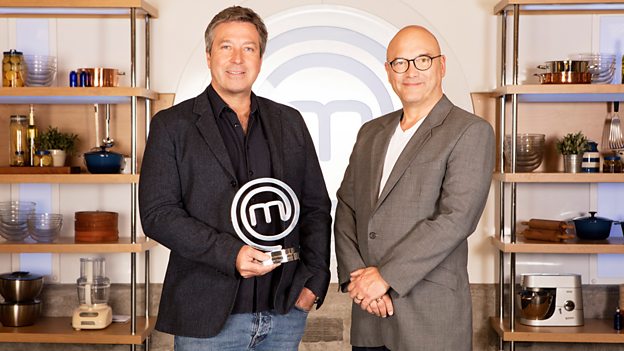 They’re out of their comfort zones but determined to make their mark in the MasterChef kitchen. Along the way, viewers can expect high drama served alongside some great food.Carla-Maria Lawson, BBC Commissioning Editor

Category: BBC One; Entertainment; Factual; Commissioning; Casting
BBC One’s Celebrity MasterChef is set for another summer of sizzling excitement with a who’s who of sport, show business, music and drama parking their day jobs to compete for the iconic title.

Seasoned judges, John Torode and Gregg Wallace take no prisoners as they whittle down the 20 celebrity contestants across six weeks. A brand-new Pairs Challenge which test not only their culinary expertise but their communication skills. They will also be cooking in top-class restaurant kitchens and catering for huge numbers. The celebrities will also cook for critics and past winners, eventually cooking with top chef Bryn Williams, and finally serving up their own mouth-watering three-course menu. After all of this, only one will be crowned Celebrity MasterChef Champion 2018.

Battling it out in the MasterChef kitchen are:

BBC Commissioning Editor, Carla-Maria Lawson, says: “Celebrity MasterChef is a real treat in BBC One’s summer schedule. This series features a wonderfully diverse line up of celebrities donning the iconic aprons. They’re out of their comfort zones but determined to make their mark in the MasterChef kitchen. Along the way, viewers can expect high drama served alongside some great food.”

Over six weeks and twelve programmes, the first four weeks whittle the celebrities down to semi-finalists, then finalists.

The first 60-minute episode of each heat week sees five new celebrities face the infamous Mystery Box Challenge. They’ll then be thrown in at the deep end - heading to a professional restaurant kitchen, preparing dishes for paying customers. The hopeful stars need to keep their wits about them as they cook under the watch of acclaimed chefs with exacting standards. The five celebrities then head back to the MasterChef kitchen to prepare a two-course menu of their own design for John and Gregg - after which one contestant is sent home.

The four remaining celebrity contenders return the following night for an exciting 90-minute episode featuring three more tricky culinary challenges. First is the new Pairs Challenge in which they are split into two teams of two, with each team tasked with cooking the same dish but with a catch. A wall separates each team member through which each celebrity must clearly communicate instructions to ensure each dish is identical.

Next up, it’s the mammoth Mass Catering Challenge where the celebrities are let loose on hungry workers at a range of pressured and busy venues, from Chessington World of Adventures, Tilbury Docks, the Royal Veterinary College and British Airways Global Learning Academy. The battle for a coveted place in the semi-final reaches its climax as the four return to MasterChef headquarters to cook a faultless two-course meal for John, Gregg and their guest critics. They include past Celebrity MasterChef champions and finalists - 2016 winner Alexis Conran, 2015 winner Kimberly Wyatt; 2014 winner Sophie Thompson, 2012 winner Emma Kennedy; 2010 winner Lisa Faulkner; 2017 finalists Dev Griffin and Ulrika Jonsson, 2015 finalists Rylan Clark-Neal, Sam Nixon, as well as reigning champion Angellica Bell.

The successful contestants from the heats will then go through to semi-final week where they face nerve-racking but thrilling tasks; including a world-class fine-dining challenge with renowned chef Paul Askew at the beautiful Hever Castle. They will cook a feast for The Antiques Roadshow experts as part of the series’ 100th birthday celebrations. The celebrities will then go back in time, cooking at the Black Country Living Museum.

The sixth and final week sees the remaining cooks draw on all the skills they have learnt during their MasterChef journey, creating an afternoon tea overseen by guest chef, Eric Lanlard. After this they will have also have to hold their nerve to cook in the terrifying Critic’s Round.

This year’s 90-minute final is a double-whammy as the three best celebrity cooks must first face the daunting Chef’s Table, this year presided over by top chef Bryn Williams. They’ll be cooking for some of the country’s most respected and revered chefs including Marcus Wareing. Finally, they return to MasterChef HQ for one last time and cook their best three-course meal for John and Gregg. It’s up to the respected judges to decide which celebrity contestant is worthy of lifting the Celebrity MasterChef 2018 trophy.

Executive Producer for Shine TV, David Ambler, says: “We’re really excited to have so many great names takes part in this year’s Celebrity Master Chef. BBC One Viewers are in for treat - as well as plenty of laughs and the odd disaster, there’s also some really ambitious and tasty food. It’s one of the most tightly fought and exciting competitions we’ve ever filmed.”