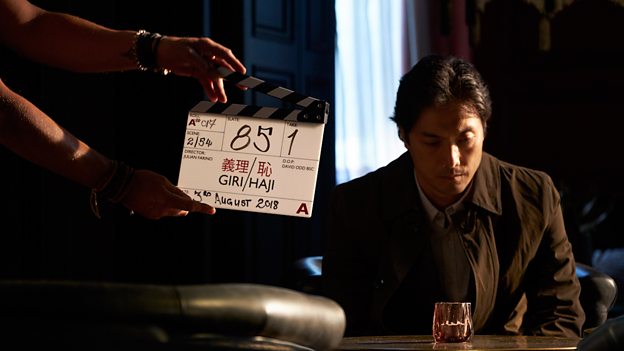 I’m incredibly excited to see it come to life with such a diverse and brilliant cast and crew.Joe Barton

Written by Bafta nominee Joe Barton (Humans), directed by Bafta winner and Emmy nominee Julian Farino (Entourage, Marvellous) and produced by Jane Featherstone’s Sister Pictures (The Split, Broadchurch, Cleaning Up) the production introduces an exceptional array of Japanese talent alongside an acclaimed cast from UK film and TV. The drama will play out across eight episodes in both Japanese and English as the action moves between London and Tokyo, traversing the narrative’s multiple time frames.

Giri/Haji, an intricate and soulful thriller that explores the butterfly effect of one murder over two cities, sees celebrated Japanese stars Takehiro Hira and Yosuke Kubosuka leading the Japanese cast. They play Kenzo (Hira), and Yuto (Kubosuka), once devoted and now estranged brothers, driven to opposite sides of the world by the spiralling consequences of one violent split-second decision. They are joined by Masahiro Motoki, Yuko Nakamura, Aoi Okuyama, Mitsuko Oka, Togo Igawa, Kazuyuki and Yoshiki Minato. The UK cast sees Kelly Macdonald, Justin Long, Will Sharpe, Charlie Creed-Miles and Tony Pitts (Jamestown, Peaky Blinders) line up across a bitter divide as the ramifications of the murder erupt across the globe from London to Toyko. 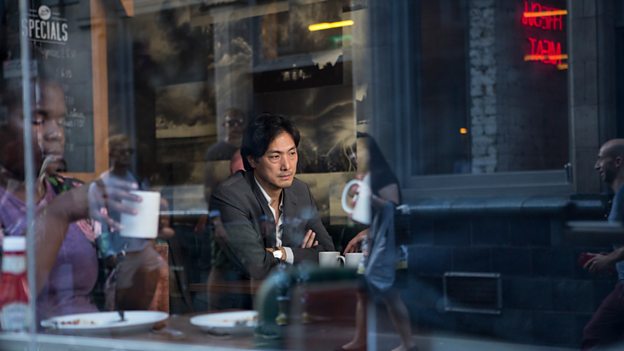 Kenzo (Hira), a Tokyo detective and family man, is abruptly dispatched to London by his superiors in the police department to search for his missing younger brother Yuto (Kubosuka), the honour of his family at stake. Arriving, he becomes drawn into the shadowy world of Abbott (Creed-Miles) and Vickers (Long), a once lucrative business partnership now under threat, as the former looks now to the East to expand his empire. Distant from everything familiar to him, Kenzo unexpectedly finds hope in a remarkable makeshift family of Londoners, each in turn confronting the tumultuous, spiralling effects of fateful past decisions. Among them is charismatic rent boy Rodney (Sharpe) and Sarah (Macdonald), a Met detective investigating the London murder, who begins to present a delicate threat to Kenzo’s marriage.

Commissioned by Piers Wenger and Charlotte Moore for BBC, and Netflix, the 8x60’ is directed by Julian Farino, is created and written by Joe Barton (Humans), is executive produced by Jane Featherstone (The Split, Utopia, Broadchurch, Humans) and Chris Fry (Humans, The Smoke) and Joe Barton for Sister Pictures, Ben Irving for BBC Two and produced by Susie Liggat.

Creator and screenwriter Joe Barton says: “Developing this show with Sister Pictures, Netflix, and the BBC has been an amazing creative experience and now I’m incredibly excited to see it come to life with such a diverse and brilliant cast and crew. They’re all ridiculously talented which has the added bonus of making me look better. Which was my goal all along, frankly.”

Jane Featherstone of Sister Pictures says: “Joe is an amazing talent and I am thrilled to be working with him at Sister on this series which plays with genre in such a sophisticated way. In Giri/Haji he has created gripping, truly rule-breaking scripts, visually and narratively rich, and when paired with this extraordinary ensemble cast and Julian's beautiful direction, they will, I believe, result in something pretty fabulous.”

Piers Wenger, Controller of BBC Drama, says: “Giri/Haji is unlike anything we’ve ever seen before on British TV. It’s unique blend of suspense, pathos and wit is a testament to Joe Barton’s astonishing imagination and talent as a writer. It’s thrilling to see the series come to life in Julian’s hands and in the hands of this unique and extraordinary cast.”

Cindy Holland, Vice President, Original Content at Netflix adds “Giri/Haji is a unique series that crosses cultures in a way that we think will appeal to Netflix members around the world. We’re excited to partner with Joe and Julian, and to see their combined vision come to life on screen”

Giri/Haji will make its world premiere on BBC Two and Netflix will stream the series globally outside of the UK.