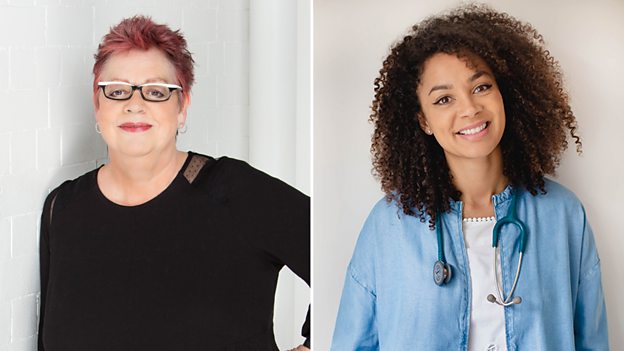 I’m really looking forward to bringing a sumptuous array of junior doctors and their encyclopaedic knowledge into your homes. It’s like University Challenge but it’s medical…fingers on organs teams!Jo Brand

Category: BBC Two; Entertainment; Commissioning
BBC Two has the perfect prescription for your surgical suspicions in a brand new medical quiz show set to be screened on BBC Two this summer.

Britain’s Best Junior Doctors (5x30) made by Shiver, the ITV Studios’ label, pits teaching hospitals from far and wide against each other as a host of junior doctors put their new found skills and knowledge to the test.

Taking charge of hosting duties in Britain’s first medical themed quiz show is comedian and former mental health nurse, Jo Brand. Joining Jo as the in house medical expert is GP and television doctor, Dr Helen Lawal who is on hand to offer her wealth of expertise. The contestants will tackle an array of rigorous questions ranging from diagnosing a patient’s symptoms, prioritising cases in a mock A+E department and getting stuck in with their chosen specialism.

Jo Brand says: “Hooray! Another chance to berate junior doctors for their lack of knowledge. Haven’t done that since 1988. Seriously though, I’m really looking forward to bringing a sumptuous array of junior doctors and their encyclopaedic knowledge into your homes. It’s like University Challenge but it’s medical… fingers on organs teams!”

This brand new competition will feature eight teams of three of the best junior doctors from different hospitals across the country. Showcasing medical excellence, each episode consists of five compelling rounds which will reveal the wonders of modern medicine and the human body. With four heats and a final, two teams face each other in each individual heat and then the two highest scoring winners from the heats will go head to head in Friday’s final to find out which team will be crowned Britain’s Best Junior Doctors.

The series is due to air on BBC Two this summer as the BBC commemorates the 70th anniversary of the NHS.

Richard Hastings, Creative Director at Shiver, says: “The knowledge that Britain’s junior doctors have to absorb in preparation for becoming the country’s GPs, surgeons and medical specialists is extraordinary. Britain’s Best Junior Doctors will celebrate this in a new and fun way whilst providing viewers with great medical and health takeout. With Jo and Helen bringing their own personal insight to proceedings, we believe this show will be really special.”

Kalpna Patel-Knight, Commissioning Editor, BBC says: “The search to find Britain’s Best Junior Doctors hosted by Jo Brand is going to be a lot of fun. Expect to see some fierce rivalry between the teaching hospitals as well as learning lots about the human body and medicine.”

Commissioned for BBC Two by Kate Phillips, Controller, Entertainment Commissioning, the commissioning editor is Kalpna Patel-Knight. The series will be produced for Shiver by Steve Biggs with Richard Hastings as executive producer.