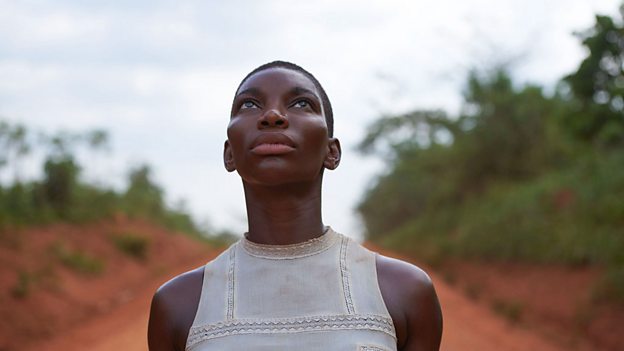 Kate Ashby's story is inspirational, it was an honour to play a character in possession of so much strength and integrityMichaela Coel

Playing out across the UK, Europe, Africa and the USA, Black Earth Rising explores issues of justice, guilt and self-determination. The story centres on Kate Ashby (Coel) who was rescued as a young child during the Rwandan genocide and adopted by Eve Ashby (Walter), a world class British prosecutor in international criminal law. Kate was raised in Britain and, now in her late twenties, she works as a legal investigator in the law chambers of Michael Ennis (Goodman). When Eve takes on a case at the International Criminal Court, prosecuting an African militia leader, the story detonates, pulling Michael and Kate into a journey that will upend their lives forever.

Michaela Coel says, “Kate Ashby's story is inspirational, it was an honour to play a character in possession of so much strength and integrity”.

Writer and director, Hugo Blick says, “‘The past isn’t dead, it isn’t even past’. I was never quite sure exactly what this famous quote meant but by following the fictional journey of a young black British woman on an epic and deeply personal quest to bring a Rwandan genocidaire to legal justice - now I do. And now I know just how critical, difficult and terrifying that phrase can seem to anyone in pursuit, and denial, of international criminal justice”.

Controller of BBC Drama, Piers Wenger says, “Hugo’s writing and direction demand skilled and sophisticated performers and I’m thrilled that he has assembled this extraordinary band of actors, led by Michaela and John, to bring his powerful drama to life”.

Patrick Holland, Controller BBC Two says, “We are thrilled to welcome Hugo Blick back to BBC Two. There are few writers in the world who can deliver such compelling drama whilst exploring such powerful, important and challenging issues. With Michaela and John leading a stunning cast, this promises to be unforgettable television".

Executive Producer, Greg Brenman says, “I am delighted to be working once more with the phenomenal Hugo Blick. Black Earth Rising is a towering project that tackles challenging issues on a global scale, and we are honoured to have such a stellar cast bring the story to life”.

The eight-part series is made by Forgiving Earth Limited, a co-production company of Eight Rooks Limited (The Honourable Woman, Shadow Line) and Drama Republic Limited (The Honourable Woman, King Charles III). The series is written and directed by Hugo Blick, and produced by Hugo Blick and Abi Bach. Greg Brenman is Executive Producer for Drama Republic and Piers Wenger for the BBC. The series is a co-production with Netflix and will premiere on BBC Two in the UK and Netflix will stream internationally outside the UK.