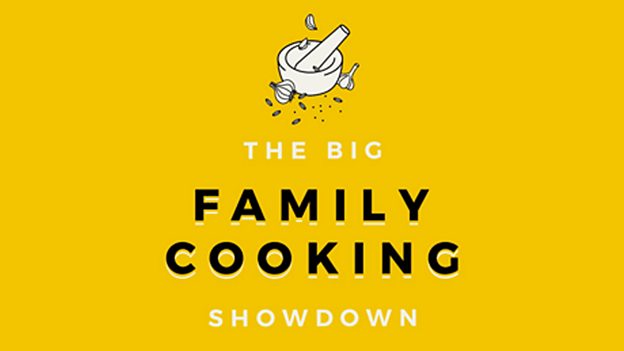 The Big Family Cooking Showdown is a celebration of the role of mealtimes in family lives across the UK and I am so pleased we are bringing it back to the channel.Patrick Holland, Controller of BBC Two

Category: BBC Two; Factual; Commissioning
BBC Two has announced a recommission of the competitive food series The Big Family Cooking Showdown, introducing a refreshed format that will see a new talent line up, presenter Angellica Bell and award-winning chef Tommy Banks, both running the show and judging the competition.

The series will return to BBC Two with an increased 14 episode order in a new slot of 7pm. The new series will be filmed in Wales and it is being made by Voltage Wales, the recently-opened Cardiff-based production base for factual indie Voltage TV.

Angellica Bell won plaudits for winning Celebrity Masterchef last year and has been a regular face on the BBC for several years including, most recently, on The One Show. Tommy Banks is founder of The Black Swan in Yorkshire, and was Britain's youngest ever Michelin starred chef.

The first series closed with an audience of 2 million viewers in November after a 12-week run. It was presented by Zoe Ball and Nadiya Hussein, with Giorgio Locatelli and Rosemary Schrager as judges.

Patrick Holland, Controller of BBC Two, says: “The Big Family Cooking Showdown is a celebration of the role of mealtimes in family lives across the UK and I am so pleased we are bringing it back to the channel. The new timeslot and changes to the format means we will be a welcoming a new team, Angellica and Tommy, to take the helm. I’d like to thank Zoe, Nadiya, Giorgio and Rosemary for their great work on series one.”

Commissioned for BBC Two by Patrick Holland, Controller of BBC Two and David Brindley, Head of Popular Factual. The Executive Producers at Voltage TV are Sanjay Singhal and Kathleen Larkin. The Commissioning Editor for the BBC is Catherine Catton.