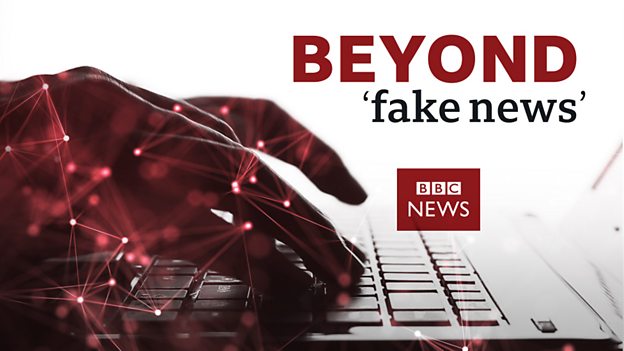 From funding in-depth research into sharing behaviours online, to rolling out media literacy workshops globally, and by pledging to bring BBC Reality Check to some of the world’s most important upcoming elections, this year we’re carving our path as a leading global voice for spotting the problems, and setting out ambitious solutions.Jamie Angus

Category: World Service; News; BBC World News; Commissioning; Online and interactive
The BBC will be launching the Beyond Fake News project on 12 November with the release of findings from original BBC research into how and why disinformation is shared.

Around the globe, disinformation has been seen to cause social and political harm, with people having less trust in the news, or in some cases being subjected to violence or death as a result. The BBC’s Beyond Fake News project aims to fight back with a major focus on global media literacy, panel debates in India and Kenya, hackathons exploring tech solutions and a special season of programming across the BBC’s networks in Africa, India, Asia Pacific, Europe, and the Americas. The research to be released publicly on 12 November comes after users gave the BBC unprecedented access to their encrypted messaging apps in India, Kenya, and Nigeria.

The Beyond Fake News media literacy programme has already begun delivering workshops in India and Kenya. It draws on the BBC’s pioneering work to tackle disinformation in the UK, where digital literacy workshops have also been delivered to schools across the country.

Jamie Angus, Director of the BBC World Service Group, says: “In 2018 I pledged that the BBC World Service Group would move beyond just talking about the global ‘fake news’ threat, and take concrete steps to address it. Poor standards of global media literacy, and the ease with which malicious content can spread unchecked on digital platforms mean there’s never been a greater need for trustworthy news providers to take proactive steps.

"We have put our money where our mouth is and invested in real action on the ground in India and in Africa. From funding in-depth research into sharing behaviours online, to rolling out media literacy workshops globally, and by pledging to bring BBC Reality Check to some of the world’s most important upcoming elections, this year we’re carving our path as a leading global voice for spotting the problems, and setting out ambitious solutions.”

The broadcast day of any given programme is liable to change owing to scheduling requirements.

The Beyond Fake News season

Fake or real, truth or lie, transparent or deliberately misleading - how can you tell the difference? And what can you do about it to help build trust? These are the problems the BBC explores in the Beyond Fake News season. This season will include Fake Me, a documentary revealing how far young people will go in pursuit of social media perfection, as well as the in-depth story of what happened when WhatsApp turned one Indian village into a lynch mob. There will also be reports on Russia’s disinformation campaign, how Facebook is being exploited in the Philippines to spread false information, and a debate with some of the world’s big tech firms on what role they play in stemming the spread of ‘fake news’. The season brings stories from across the world on TV, radio and online drawing on the expertise of the BBC’s international network of journalists.

Matthew Amroliwala takes BBC World News’ Global on the road through India, exploring what happens in a world where fake news goes viral, and trust is the victim. He’ll be talking to tech giants, politicians, school children and Bollywood actors.

The tech giants Facebook, Twitter, and Google are brought together to discuss the fake news crisis and the roles their platforms play in the problem, and the solution. Matthew Amroliwala hosts.

The She Word: Fake Me

From Insta-face to jeeps and bling to full-on faking it, millennials in Africa are living on “likes” as the social media world expands, sometimes going to extreme lengths to clock up the clicks. Using the Instagram look, the content, the followers and the tech to transform her online profile, we challenge one Kenyan student, a 21 year old social media ‘virgin’, to go from private to public, and see if she can fake it - in just five days.

Eighteen months ago Kosovo's fake news factories were running at full steam - fuelled by the country's excellent connectivity and its young tech-savvy population with few other job opportunities. Since then, Facebook has been aggressively targeting such operations. We go back to see how successful this crackdown has been and how the fake news game has changed.

When you're not always seeing what you think you are - Matthew Amroliwala picks up new languages the easy way, but not without a little help from video reanimation software that turns fiction into reality, making 'fake video'. This technology could present opportunity but also dangers - BBC Click look into this for BBC World News.

How does fake news get onto your feed? Zoe Kleinman explores how fake news goes viral, the role of social network algorithms in its spread and how automated bots push false stories to millions. How easily are legitimate publishers tricked into repeating false news, and why are we the public so willing to share stories we see on social media?

From the BBC India team in Delhi, we have scraped hundreds of newspapers to compile data on violence and lynchings driven by social media and messaging apps in India.

The story of Nilotpal and Abhishek. Mini-documentary on two men lynched after rumours on WhatsApp suggested they were child abductors.

The people behind the spread of fake news in India

The BBC’s Vineet Khare meets some of the people behind the Facebook pages and websites accused of spreading fake news across India.

Four years after the military coup, Thailand may return to democracy with an election next year. But political activity is still limited and critics are being increasingly threatened with cyber security laws that often use the "fake news" crutch and carry prison sentences. For the BBC's Beyond Fake News season, our South Asia correspondent Jonathan Head meets people who are facing legal threats for speaking out against the military government.

Fake news and the Philippines

Howard Johnson travels to the remote archipelago of Batanes to understand how supporters of the late Philippine dictator Ferdinand Marcos have been exploiting Facebook to spread fake news and help his family stage a political comeback.

Somalia is one of the most dangerous places in the world to be a journalist and media outlets are being closed down for publishing information, or what their critics call ‘fake news.’ As part of our Beyond Fake News season, Fergal Keane reports on the fallout.

A lab in Tbilisi has been using untested lethal drugs to experiment on Georgian citizens, the Russian Defence Ministry announced last month. But the claims were false - aimed at distracting attention away from Moscow's involvement in the Skripal poisoning and embarrassing revelations about a failed Russian cyber-attack on the global chemical weapons watchdog (OPCW) in the Hague. Steve Rosenberg visits the lab for our Beyond Fake News season, and looks at how Russia uses fake news to spread disinformation.

Five months ago, Egyptian actress Amal Fathy logged on to Facebook and posted a video alleging that she had been assaulted by Cairo police officers. Two days later she was in jail, accused of “spreading false news”. Fathy, who was later sentenced to two years in prison, is the latest in a growing list of Egyptian dissidents prosecuted under the government’s new fake news laws. Sally Nabil looks at the effect of the crackdown and how US rhetoric around fake news is being abused as a powerful tool of repression abroad.

Two innocent men are pulled from a jail house by a mob and burned in the street after WhatsApp rumours warning of child abductors - a report on how fake news can grip a small town where violent crime goes unpunished.

Operation Infektion, by the New York Times Opinion, is an enthralling history of fake news, or what the KGB used to call, “active measures.” With testimony from former Russian spies and US officials, the film deconstructs some of the most successful “fake news” operations of recent times, from the 1980s lie that Aids was created by the CIA, to the so called pizzagate conspiracy during the last Presidential election. This is disinformation warfare laid bare.

From Our Own Correspondent will be bringing its mix of stories, insight and analysis to Delhi for a special edition of the programme presented by Anu Anand. Reporters in the region will reflect on what’s real and what’s not.

BBC World Questions will host a debate in Delhi allowing the public audience the chance to put their questions directly to a panel of politicians and opinion formers. With support from the British Council, the programme visits a different city around the world each month, and provides a public forum for open debate and an opportunity to explore claim and counter claim in front of an audience.

Why Factor: The Fact Checkers

Sandra Kanthal will speak with fact checkers from Turkey, the Philippines and Brazil to find out what motivates them to combat fake news, especially in countries where speaking truth to power comes with considerable risk. How do they do this difficult job, and why are they so determined to improve the skills all of us can use to call out false claims? 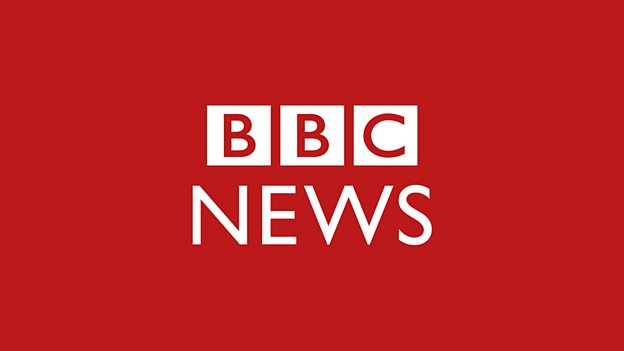