BBC Two announces Depression And Me - a film with Alastair Campbell 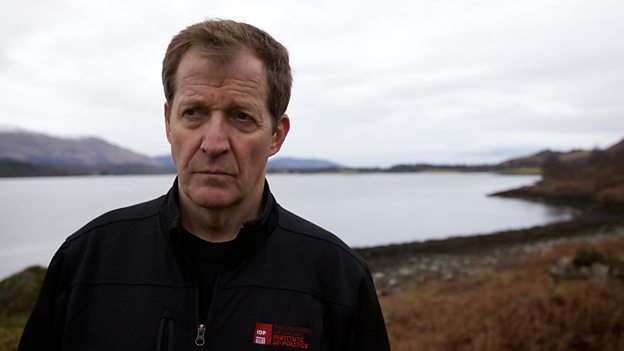 This is a subject that affects families across the UK, and I would like to thank Alastair for this frank and important exploration of the impact of mental health conditions on us allPatrick Holland, Controller, BBC Two

Category: BBC Two; Factual; Commissioning
In an intensely personal and often surprising film for BBC Two, Depression And Me, Alastair Campbell explores if radical new treatments can stop his depression.

Campbell is best known for his role as Tony Blair’s formidable and often contentious spin doctor but, away from the public eye, he has been dogged by crippling bouts of depression for most of his life. Some days, just getting out of bed is too hard. Therapy and anti-depressant medication is helping him keep his head above water - but is that really the best he can hope for?

Alastair Campbell says: “I’ve been on antidepressants for years and years and none of them can stop it. I want to understand my depression and find out if modern science has any better ways of treating it. I’m hoping there’s something out there that can help me lead a happier life.

“I feel we are nearing a tipping point in the battle to demolish the stigma and taboo surrounding mental illness and TV is a very good medium for bringing these issues right out into the open. I have never regretted being open about my own issues but an important part of this film is also seeing my depression through the eyes of members of my family, especially my partner Fiona. I was also keen to get out there and find out what kind of progress was being made on the scientific and research front. There is a lot going on. My worry is that we are winning the battle for better awareness but losing the battle for the services we need.

"I was very pleased with the reaction to the film in Sheffield [at Doc/Fest]. One film alone cannot change the world but there is finally the focus on these issues that we need and hopefully one day we will have services to match.”

Patrick Holland, Controller, BBC Two, says: “This is a subject that affects families across the UK, and I would like to thank Alastair for this frank and important exploration of the impact of mental health conditions on us all”.

Encouraged by his partner Fiona and his daughter Grace, Campbell sets out to explore if science can offer him - and the millions of people like him - the hope of one-day living depression-free.

Depression And Me (1x60') was produced by Silverfish Productions and Coasthouse Productions in association with Windfall Films (part of the Argonon Group). The Executive Producers are Mark Lucas, David Dugan and Mac Mackenzie and the Director is Peter Gauvain. It was commissioned by Patrick Holland, Controller, BBC Two and Tom McDonald, Head of Commissioning, Natural History and Specialist Factual. The Commissioning Editor is Diene Petterle. It will be shown as part of BBC Two's Science strand Horizon later this year.