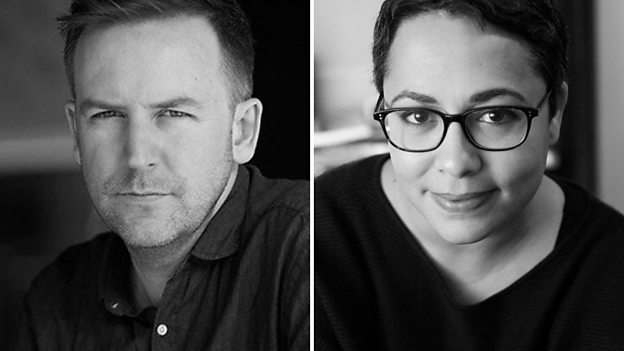 Trigonometry is about negotiating new relationships with compassion and humour. Set in a city that can feel cold and unfriendly, at a time when we’re more divided than ever, this is a show about love.Duncan Macmillan and Effie Woods

Category: BBC Two; Drama; Comedy; Commissioning
Commissioned by Piers Wenger, Controller of Drama, and Patrick Holland, Controller of BBC Two, and produced by House Productions, Trigonometry is a new 8x30’ series written by Duncan Macmillan and Effie Woods. A love story. About three people who are made for each other.

In crowded, expensive London, a cash-strapped couple open their small apartment to a third person. Somehow, the new addition makes the flat seem bigger, not smaller. Gradually, many things become easier, nicer, better with an extra pair of hands.

Duncan Macmillan and Effie Woods, say: “We’re thrilled to be working with House Productions and the BBC to bring this unconventional and very adult romcom to life. Trigonometry is about negotiating new relationships with compassion and humour. Set in a city that can feel cold and unfriendly, at a time when we’re more divided than ever, this is a show about love.”

Funny and full of sexual tension, Trigonometry has emotional and psychological truthfulness at its heart. This is a world of consequences, in which the characters have everything to lose. As this unusual relationship becomes unavoidable, the trio approach it with the prudence of people in their 30s, and overthink it in a way only this generation can. But even when common sense, friends and family is telling them that this relationship is doomed, they simply cannot be apart.

House Productions joint CEO’s Tessa Ross and Juliette Howell, say: “We built House to support the country’s boldest and most original writing and directing talent. We are thrilled with Duncan and Effie’s brilliant and unique scripts. Trigonometry is a contemporary, heartfelt, playful and grown up relationship drama that surprises at every turn and we couldn’t be more proud to be making it with them for BBC Two.”

Piers Wenger, Controller of BBC Drama, said: "Duncan and Effie's pilot script had us at hello. It's a playful, funny and frank account of modern love and sex in a fast changing world and asks the very pertinent question: could three be better than two? Duncan and Effie strike a unique tone and we are delighted to be working with House Productions on this stand out piece for BBC Two."