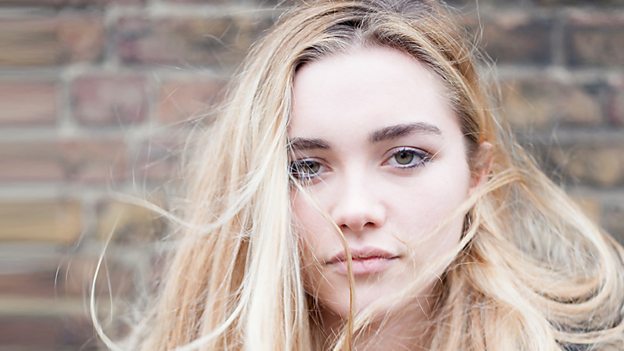 To adapt such a great work without losing its integrity, it needs the time and depth of a television series, and I am excited at the prospect of seeing how the drumbeats of Florence Pugh, the most energetic young female actor I have seen recently, will resonate with the audience.Park Chan-wook

Category: BBC One; Drama; Commissioning; Casting
On the heels of the wildly successful and award-winning series The Night Manager; The Ink Factory, BBC and AMC announce next John Le Carré project The Little Drummer Girl.

Following BAFTA, Golden Globe and Emmy Award-winning series The Night Manager (starring Tom Hiddleston, Hugh Laurie and Olivia Colman), The Ink Factory, BBC One and AMC announced today that the next project the three companies will be adapting into a six-part mini-series will be John le Carré’s best-selling literary masterpiece The Little Drummer Girl.

The series will be directed by acclaimed filmmaker Park Chan-wook (Old Boy, The Handmaiden, Stoker), marking his television debut. Florence Pugh (Lady Macbeth) will star. The Little Drummer Girl is set to go into production in January 2018. The series will be sold globally by Endeavor Content/IMG.

The series will be financed and produced by The Ink Factory in partnership with 127 Wall and co-producers the BBC and AMC. Laura Hastings-Smith (Howards End, Macbeth and Hunger) will work as producer with Simon and Stephen Cornwell serving as executive producers alongside John le Carré, Mona Qureshi for the BBC, Joe Tsai and Arthur Wang for 127 Wall, and Wonjo Jeong.

Set in the late 1970s, The Little Drummer Girl weaves a dynamic and exciting story of espionage and international intrigue; of love and betrayal. In this high-stakes drama, set against the background of rising tensions in the Middle East, a young, brilliant actress Charlie (Pugh) prepares for her ultimate role in ‘the theatre of the real’.

Park Chan-wook says: "Of le Carré’s many masterpieces, the one I love ahead of any other is The Little Drummer Girl. At the core of this story is an extremely painful, but thrilling, romance. This is what makes the story universal, reaching beyond borders and languages and remaining incredibly current.

"To adapt such a great work without losing its integrity, it needs the time and depth of a television series, and I am excited at the prospect of seeing how the drumbeats of Florence Pugh, the most energetic young female actor I have seen recently, will resonate with the audience."

Simon and Stephen Cornwell, co-CEOs and Founders of The Ink Factory say: “With The Little Drummer Girl we are embarking on an extraordinary journey. It is exhilarating to see one of le Carré’s greatest novels take shape for the screen in the hands of such a brilliantly talented team.

"Park Chan-wook is a master filmmaker at the height of his powers. His passion for the project and his vision are utterly compelling. Florence Pugh is an exciting actor whose Charlie will lead us on a heart-wrenching journey, and the team behind the camera assembled under Laura Hastings-Smith’s steadfast leadership is unparalleled.

"We could not be more excited to be working with our friends and partners at the BBC and at AMC to bring The Little Drummer Girl to audiences around the world.”

Piers Wenger, Controller of BBC Drama, says: "We are thrilled by the extraordinary array of talents which The Ink Factory are assembling to bring this iconic le Carré story to the screen. The combination of Director Park's passion for this title and the huge screen presence of Florence Pugh will make for a real drama event when Little Drummer Girl premieres on BBC One.”

David Madden, President of Original Programming for AMC, Sundance TV and AMC Studios says: “After the tremendous reception by US audiences to The Night Manager, we are thrilled to be working again with The Ink Factory and the BBC on another brilliantly-plotted and deeply emotional John le Carré thriller, The Little Drummer Girl.”

“Personally speaking, I read the book when it was published in the 1980s, and it’s frightening and thought-provoking to recognize how relevant the story still is today. Florence Pugh is a gifted actress who will make a stunning Charlie, and Park is a filmmaker of extraordinary vision whose entry into the world of le Carré-style espionage should be irresistible.”

Park is a film director, screenwriter, producer and former film critic who has emerged as one of the most significant talents in cinema in recent years. He is best known for his films Joint Security Area, Thirst, The Handmaiden and what has become known as The Vengeance Trilogy consisting of Sympathy for Mr. Vengeance, Oldboy and Lady Vengeance.

Pugh recently starred as Katherine in critically acclaimed Lady Macbeth, which won her The Evening Standard Breakthrough of the Year Award. She also recently wrapped production on Fighting with My Family, based on the true story of WWE Superstar Raya Knight, played by Pugh. She is currently filming David Mackenzie’s Outlaw King, the story of Robert the Bruce, opposite Chris Pine, and is playing Cordelia in BBC/Amazon’s King Lear, directed by Richard Eyre and also starring Anthony Hopkins and Emma Thompson.