David Tennant leads an all-star cast in The Highway Rat, coming to BBC One this Christmas 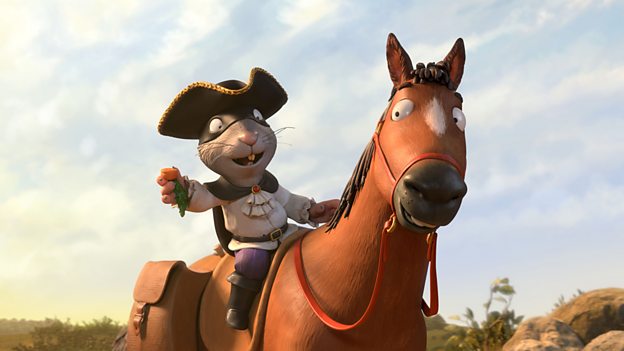 It’s been a privilege adapting Julia Donaldson and Axel Scheffler’s wonderful book for the screen. They create worlds rich in story, character and charm, ideal for families to watch together, and huge fun for us to makeMichael Rose and Martin Pope, Magic Light Pictures

Category: BBC One; Drama; Casting
Magic Light Pictures, the Oscar-nominated entertainment company, brings to life another magical world from the UK’s number one picture book duo, Julia Donaldson and Axel Scheffler. The Highway Rat airs on BBC One as a festive family highlight this Christmas.

This enchanting half hour animated special will be voiced by a stellar cast of British acting talent, featuring David Tennant as the Highway Rat, Rob Brydon as the narrator, Nina Sosanya as the Duck, Tom Hollander as the Squirrel and Frances de le Tour as the Rabbit.

First published in 2011, The Highway Rat is about a ravenous rat who craves buns, biscuits and all sweet things. Tearing along the highway, he searches for sugary treats to steal, until his sweet tooth leads him to a sticky end. “Give me your pastries and puddings! Give me your chocolate and cake! For I am the Rat of the Highway, and whatever I want I take.” A swashbuckling tale of bandits and biscuits the whole family will enjoy!

The Highway Rat marks the fifth adaptation by Magic Light Pictures of a Donaldson/Scheffler title. The most recent, Stick Man, premiered on BBC One on Christmas Day 2015 to achieve record ratings of 9.3 million viewers, with an overall 41 percent audience share, the fourth highest rated programme of the day. The film also won critical praise and a raft of global industry awards including the Annecy Crystal and a Bafta nomination. Previous adaptations have also been showered with awards including two Oscar nominations, a Bafta, an International Emmy and the Prix Jeunesse.

Michael Rose and Martin Pope, co-founders, Magic Light Pictures, say: “It’s been a privilege adapting Julia Donaldson and Axel Scheffler’s wonderful book for the screen. They create worlds rich in story, character and charm, ideal for families to watch together, and huge fun for us to make.”

Elizabeth Kilgarriff, Senior Commissioning Editor, BBC Drama, says: "I am delighted that we will be bringing another of Julia Donaldson and Axel Scheffler's much loved stories to life on the BBC. Magic Light Pictures have, yet again, woven their wonderful magic to animate the story of The Highway Rat with warmth and wit - and some very recognisable voices!"

The Highway Rat (1x30’) is directed by Jeroen Jaspaert, director of Stick Man, and produced by Michael Rose and Martin Pope of Magic Light Pictures. Animation services have again been provided by Triggerfish Animation in Cape Town. The composer is René Aubry. Acquired for BBC One by Charlotte Moore, Director of BBC Content, and Elizabeth Kilgarriff, Snr Commissioning Editor, BBC Drama.