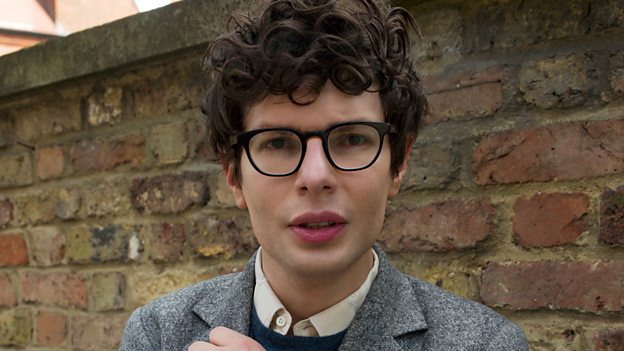 I have written and directed a film about veganism. I’m sorry.Simon Amstell

Set in a utopian 2067, Carnage looks back at a time when human beings ate other animals.

For the young people of this time, the idea that their grandparents could have been complicit in a bloodbath of unnecessary suffering is wholly unimaginable.

The film aims to break the taboo around Britain’s animal eating past, whilst showing compassion for a generation, now seeking therapy to cope with the horror of their unthinkable actions.

Carnage combines archive with original drama and is narrated by Simon Amstell, who gives a unique comedic peek into a future where animals live equally amongst humans.

Carnage will premiere on BBC iPlayer in Spring and follows on from the success of previous iPlayer film premieres such as the critically acclaimed Fear Itself, Adam Curtis’ HyperNormalisation and The Rack Pack.

Writer and Director Simon Amstell says, “I have written and directed a film about veganism. I’m sorry.”

Carnage was commissioned last year by Victoria Jaye, Head of Content for BBC iPlayer. It is being executive produced by Arts Editor, Janet Lee. It is developed and produced by Daniel O’Connor.

Victoria Jaye, Head of Content, BBC iPlayer, says: “In a culture obsessed by what’s on our plates, Simon Amstell’s film Carnage imaginatively challenges our attitude towards eating meat, fish and cheese triangles. Prepare to never look at your dinner the same way again.”

Carnage is made for BBC iPlayer by BBC Studios, the BBC’s main TV production arm. BBC Studios is set to launch as a wholly-owned subsidiary in April 2017 and make programmes for other broadcasters and customers. It will be committed to supporting the BBC’s public service mission and all profits will return to the BBC Group.