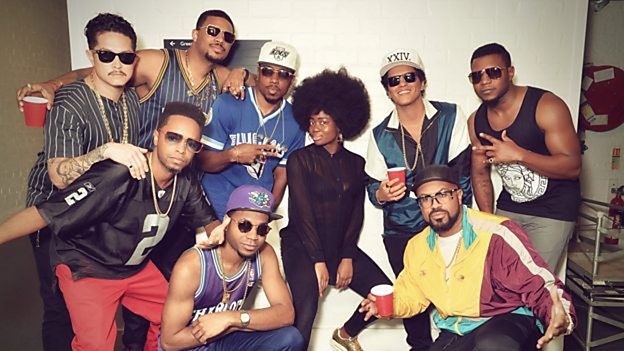 Nothing can be more important than ensuring that we represent our audiences and a vibrant, changing Britain with absolute authenticity. We must actively seek out and embrace a broad range of voices in all areas of the Radio programme-making process.Bob Shennan, Director, BBC Radio and Music

Aimed primarily at programme makers, the guidance is designed to make clear the BBC’s expectation that all those who make content for BBC Radio share and reflect its values and commitments to diversity and inclusion, on and off air.

The new guidelines, the first of their kind for UK radio, are part of the BBC’s drive to increase diversity across the corporation. The guidelines outline the importance of radio content that is inclusive of a range of diverse characteristics, and reference seven practical aims to help every production support inclusion, and consider the diversity of those who create BBC radio content.

BBC radio is already more diverse today than it’s ever been, with countless examples across its stations that reflect the diversity of the nation it serves.

The station also contributed to the Gay Britannia season with a documentary presented by Andrew Scott exploring the last five decades of British history through gay culture and its impact on popular music, whilst for 6 Music’s Loud and Proud season, Tom Robinson explored the changing attitudes towards LGBTQ+ communities through the lens of Labi Siffre’s life and music.

Radio 3 has increased the number of female record reviewers to over 50% on its weekly show in order to increase the range of voices and has also committed to recording and broadcasting a previously un-recorded work each from five ‘forgotten’ female composers with the BBC Orchestras and Choirs. Chineke!, the UK’s first majority BME orchestra, made their BBC Proms debut this year which included a BBC Radio 3 commission for the Proms from composer Hannah Kendall, whilst Sheku Kanneh-Mason won the prestigious BBC Young Musician competition in 2016.

Radio 1 and 1Xtra’s services for young people, and BBC Asian Network are examples of radio services that have already led the way and serve a wide range of communities in different ways.

The BBC’s diversity and inclusion commissioning guidelines for radio set out the BBC’s intention to go even further, and encourage programme makers to increase opportunities for talent, on and off air, from under-represented groups. The intended end result is even more creative content, which reflects a rich variety of voices and experiences and connects with a wide range of audiences.

In this way, the corporation will fulfil the demands of its new charter, to ensure output reflects the diverse communities of the whole of the UK. Increasing diversity is also central to the BBC’s commitment to reinventing its services for a new generation, as audiences continue to expect and demand greater diversity in the content they choose to consume.

Bob Shennan, Director, BBC Radio and Music says: “Nothing can be more important than ensuring that we represent our audiences and a vibrant, changing Britain with absolute authenticity. Audiences will stay tuned to BBC radio if they recognise themselves in our output. We must actively seek out and embrace a broad range of voices in all areas of the radio programme-making process to make this the most creative organisation. We can’t achieve this without the efforts of our programme-makers, whether that’s BBC radio production or our independent partners”.

To support programme makers in making changes quickly, the BBC now requires each company that makes the content it broadcasts to have a diversity and inclusion policy in place. BBC radio will also offer tailored support and advice, which will begin with a conversation with a BBC commissioning editor, in which programme makers will be expected to discuss their diversity ambitions and how they align with the BBC’s priorities. Support may also include sharing information on successful approaches to increasing diversity in radio, and it is hoped that the guidelines will also help foster significant change across UK radio, using the BBC’s unique position to help drive a cultural shift around diversity for the industry to get behind.