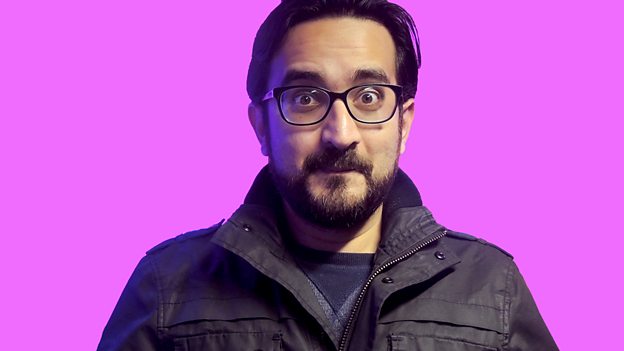 It’s a delight to welcome another incredible bunch of comedians to the home of radio comedy, and to showcase such a range of talent through this extensive line-up of new shows.Sioned Wiliam, Commissioning Editor for Comedy, Radio 4

Sioned William says: “It’s a delight to welcome another incredible bunch of comedians to the home of radio comedy, and to showcase such a range of talent through this extensive line-up of new shows.”

A new Sunday night stand-up series will bring a selection of one-off shows from the likes of Geoff Norcott, Pippa Evans and Ashley Blaker.

In Right Leaning But Well Meaning, Norcott explains how a working class boy, son of a TUC officer and an ex-teacher, who has voted for all three major parties in his time, ended up voting Conservative and Leave.

In Pippa Evans’ Joy Provision, The Now Show favourite asks how we can continue to take pleasure from the world when it's not like we were told it would be; and in Ashley Blaker’s Goyish Guide To Judaism, the UK's only strictly Orthodox Jewish comedian presents an insider's view of his religion.

Some of the other shows in this run include Bilal Zafar’s British Muslim Love, in which the 25 year-old British-born, first-generation Pakistani Muslim talks about how dating, love and marriage can be an awkward area for anyone but is especially complicated for Muslims; Tom Allen Is Actually Not Very Nice, which hears the Live at the Apollo and Mock the Week star do his best to appear poised while everything collapses around him; and Sami Shah: Islamofarcist which follows the acclaim of his 2015 show A Beginner's Guide To Pakistan.

Among the pilots to be announced, Where's The F In News is an energetic and intelligent female-anchored show, hosted by Have I Got News For You series producer Jo Bunting. The predominantly female panel use the events, trends and talking points that they think should be top of the news agenda as a starting point for a number of fresh and funny challenges.

Jo Bunting says: “Apparently if a woman speaks in a meeting for 50 percent of the time a man speaks, he genuinely thinks she’s spoken the exact same amount as he has. When I read that, I thought ‘how can I really annoy that man?’ So I’ve created a show featuring a shedload of intelligent and funny women.”

A number of comedians will also get their first radio series, including two BBC New Comedy Award finalists. Sindhu Vee welcomes listeners to her world in Sindhustan, telling stories about her unique family life, while Ken Cheng: Chinese Comedian is a four-part stand-up series in which Ken explores aspects of Chinese culture and reveals how his Chinese upbringing in the UK has made his brain so weird.

Ken Cheng says: "I'm incredibly honoured to be given this opportunity. As a Chinese ex-mathematician, I never expected to one day have my own radio show. I can't wait."

In Al Porter - The Men Who Made Me (working title), whirlwind Irish comedian Al Porter takes us on an autobiographical journey through his love of light entertainment and how this unlikely, and often unfairly maligned art form, helped shape him into the man he is today.

Prepper, written by Caroline and James Moran, explores how two mismatched women - the hard as nails Sylvia and the neurotic and debt-ridden Rachel - live with the possibility of the end of days, and how they bond over their determination to survive. And fend off zombies. Told through podcasts from Sylvia’s garage, the show features 'apoco-tips', 'end of days drills' and interviews with preppers from around the world.

Caroline and James Moran say: "We have always believed the end of the world would happen in our lifetime. This is why children should not be allowed to watch The Terminator. So, writing a comedy series about people who think the same way will be extremely therapeutic, as well as enormous fun. Plus, the prepping skills we're picking up may well get us through 'the Big One'.”

Tudur Owen says: "I am so excited to finally put Anglesey on the map. Although I bet my sat-nav still won't know where I am."

Following the Brexit verdict, which famously saw a 106 percent rise in Irish passport applications, Zoe Lyons clutches hers tightly and revisits scenes of her old Irish stomping ground in Zoe Lyons: Passport Paddy. Over two episodes she asks what ‘patriotism’ means to her and whether the present can ever match our nostalgia for the past.

Australian comedian Felicity Ward explores whether modern technology can save her from herself in Felicity Ward - Appisodes, as she presents her own personal take on depression, insomnia and anxiety. Whilst in Sophie Willan’s Guide to Normality, the breakout star challenges what it is to be normal, drawing upon personal insight from her own unconventional upbringing in care, as the daughter of a drug addict in Bolton.

A number of comedy stalwarts will also be back on the airwaves with new shows. Joe Lycett’s Obsessions is a brand new series in which the critically acclaimed stand-up comedian and host of Radio 4’s It’s Not What You Know chats to famous guests and the general public about their obsessions and guilty pleasures.

Joe Lycett says: “I'm bouncing off the walls with joy that I get to merge my two obsessions - finding out about people's weird compulsions and Radio 4 - into a brand new show. I can't wait to get prying into the lives of my guests and probably reveal a little too much about my own infatuations too.”

Ross Noble: What A Country! is a brand new spoof magazine show featuring semi-improvised interviews, scripted sketches and set-pieces, all from the unique mind of award-winning, world-touring comic Ross Noble.

Barry Cryer's unique brand of silliness sees Sherlock Holmes’s landlady take centre stage in Mrs Hudson’s Radio Show, a new comedy double-bill written with his son Bob and recorded in front of an audience. A talkative offspring of the book Mrs Hudson’s Diaries, this festive treat proves that behind every great man is an even greater woman… demanding rent!

Andy Zaltzman and his Bugle co-host Anuvab Pal team up for Empire!, in which they will examine the legacy of the British Empire from competing English and Indian perspectives, in both London and Kolkata.

Phil Ellis Is Trying. He's trying to get over his divorce (it was only eight years ago so it's still fresh), to make a success of the crumbling entertainment business he inherited from his missing-presumed-dead father, and to pay his rent and ever increasing debts. He's trying, and failing miserably, in this new sitcom about love, life and children’s parties. Written by Phil Ellis, host of Radio 4’s Funny from the Fringe podcast (available daily throughout the Edinburgh Fringe), and Fraser Steele.

Lucy Porter In The Family Way brings a mix of stand-up, sketches and songs about family life, for anyone who’s ever been in a family, or knows someone who has.

Julia Davis' and Marc Wootton's Couples, and Josh Howie’s Losing It are among those returning with second series. There will also be new series of The Missing Hancocks, which will restore more of the lost recordings, and Sue Limb’s sitcom Gloomsbury, which will air its fifth and final series. Plus Sarah Kendall - Australian Trilogy and Small Scenes, formerly late night comedies, will return in the 6.30pm slot.