Radio 1 is the soundtrack to young people’s lives in the UK and has been for the last 50 years, so it's going to be a lot of fun reliving that pop culture and great musicBen Cooper, Controller, BBC Radio 1, 1Xtra & Asian Network

Category: Radio 1
BBC Radio 1 today reveals plans for a three-day digital radio station to mark BBC Radio 1’s 50th birthday. Featuring 50 one-hour themed nostalgic shows made from Radio 1's archive material from DJs across its entire history, it will celebrate the pivotal role that Radio 1 has played in music, entertainment and popular culture since its launch in 1967.

There will be hour-long ‘Best Of’ shows featuring iconic DJ names from the last five decades including:

With more to be confirmed, shows will feature archive content alongside music that’s spanned the last 50 years, and DJs will be invited back to share their memories of all the behind-the-scenes gossip, looking back at their favourite Radio 1 moments for the start of the programmes. After these introductions the shows will be compilations of favourite bits of original broadcasts and listeners will be able to enjoy the shows in the same way that they would have done when they were teenagers.

Radio 1 has played a unique role for young people in the UK for the last 50 years and Radio 1 Vintage will bring together generations of listeners, through their shared memories of much-loved broadcasters and their most memorable on-air moments.

Radio 1 Vintage will kick off on Saturday 30 September 2017, 50 years to the day since Radio 1 launched.

From 8.30am there will be a live triplecast across Radio 1 Vintage, Radio 1 and Radio 2, presented by current Radio 1 Breakfast Show host Nick Grimshaw and Tony Blackburn - the first ever host of the iconic show. The co-hosted show will feature previous Radio 1 DJs as guests, plus archive content and hit records from across the years.

Earlier that day there will be a live re-creation of Tony Blackburn’s first ever Radio 1 show, including Flowers In The Rain by The Move, famously the first song ever played on Radio 1. This show will be broadcast live from 7am on Radio 1 Vintage and Radio 2 (as a part of Sounds Of The Sixties).

Ben Cooper, Controller BBC Radio 1, 1Xtra & Asian Network, says: “Radio 1 is the soundtrack to young people’s lives in the UK and has been for the last 50 years, so it's going to be a lot of fun reliving that pop culture and great music.”

Nick Grimshaw says: "Radio 1 is the only station I've loyally listened to my whole life. From John Peel playing punk on night times and Sara Cox playing Missy on breakfast it was key in forming my musical education. I can't wait to celebrate 50 years with the legend that is Tony Blackburn!"

Tony Blackburn says: “Launching Radio 1 on 30 September 1967 is, undoubtedly, the highlight of my career. Having worked on the great Pirate radio ships, Caroline and London, being the first DJ on Radio 1 I saw first-hand the impact that the stations had on the British public.  It is hard to imagine that there was a time when the BBC would only play 45 minutes of popular music per day and we, as teenagers, had to wait until 7pm in the evening for Radio Luxembourg to come on, and play the music we wanted to hear.

"I owe so much to Radio 1 for my long career, to have been there at the beginning and to still be part of the BBC, it has been amazing to see how it has developed over the years to changes in technology, music, demand and, of course, its ever changing audience.”

Radio 1 Vintage will be available live on DAB Digital Radio, online and via BBC iPlayer Radio and UK Radio Player.

Other 50th Programming on Radio 1

Acts will perform their own songs and as a nod to Radio 1’s legacy as the nation’s favourite for the past five decades, the famous Live Lounge cover versions will be hits from anytime in the past 50 years.

Running Monday - Friday from 1- 29 September, Radio 1’s Live Lounge Month will showcase a wide range of musical genres supported by Radio 1, from emerging artists to big acts, and is part of the station’s continued commitment to bringing the best new and live music to young audiences.

Special Documentaries - presented by Annie Nightingale
Radio 1 will present four very special soundscapes, showcasing the music, archive and cultural significance of Radio 1 over the last 50 years. Each programme will focus on a theme - Love, Heroes, Rebellion and Dreams.

Annie Nightingale - Radio 1’s first ever female DJ - will lead leads listeners through an incredible array of sounds and moments that make Radio 1 what it is.

Additional Radio 1 50th Programming
A selection of archive TV programmes about Radio 1 will be made available on Radio 1’s BBC iPlayer channel from 30 September, including:

From 2001: Blood On The Carpet: Walking With Disc Jockeys – a documentary telling the story of the Radio 1 ‘revolution’ of the 1990s under former Controller Matthew Bannister, that saw the departure of household names and the arrival of Chris Evans.

Radio 1’s sister station, 1Xtra will be reflecting Radio 1’s coverage of black music across its 50-year history through a range of content highlights.

Asian Network will have a special Asian Network Presents, looking back at a selection of Asian music moments from Radio 1 across the years, from Peel sessions from the 1980s featuring legendary Bhangra acts, to Bobby & Nihal’s seminal British-Asian music show.

BBC Radio 4 Extra will be marking Radio 1’s 50th Birthday for a week from 30 September, with repeats of Radio 1 comedies in their daily Comedy Club slot (10pm-midnight). The Radio 1 archive audio to feature on Radio 4 Extra throughout the week that Radio 1 reaches its 50th birthday includes The Mary Whitehouse Experience, Lee And Herring’s Fist Of Fun, Armando Iannucci, Shuttleworth’s Showtime and Alan Parker’s 29 Minutes Of Truth.

Notes to Editors
Tony Blackburn is host of The Golden Hour and Sounds Of The Sixties on BBC Radio 2.

More information on other BBC Radio 50th anniversary programming will be released soon. 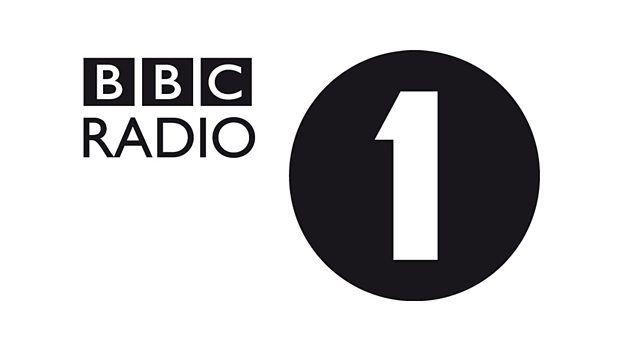