I’m a big fan of all these artists and am thrilled to be part of bringing their In Concerts to Radio 2.Jo Whiley

To celebrate BBC Radio 2’s 50th birthday, the network has today announced a legendary line-up for this year’s In Concert series which celebrates music from the last five decades.

The line-up was announced on Radio 2 across the day kicking off with Chris Evans speaking to Roland Orzabal from Tears for Fears, Ken Bruce announcing Paloma Faith, Steve Wright revealing Liam Gallagher, Simon Mayo having a chat with Ian Gillan from Deep Purple and ending with In Concert host Jo Whiley talking to Nile Rodgers about his concert.

Ahead of the In Concert, Radio 2 listeners will be treated to special sound check tracks via Ken Bruce (10am-12noon) and exclusive interviews as part of Simon Mayo’s Drivetime (5-7pm). Jo Whiley will be wrapping up the In Concerts by speaking to all the artists following their live performances on her evening show (8-10pm).

Tickets applications for the events are online at bbc.co.uk/radio2. Tickets are free and successful applicants will be selected at random once the registration period has closed. Tickets can be applied for from the time of each artist’s announcement on Thursday 5 October until 9.30pm on Thursday 12 October.

Jeff Smith, Head of Music BBC Radio 2 and 6 Music, says: “In our anniversary year, I wanted to put together a Radio 2 In Concert season to celebrate some of the music enjoyed by our listeners across the past five decades. I’m very excited that this line up of amazing artists have agreed to take part and join us in our Radio Theatre. They will perform some of their biggest songs and new tracks exclusively for the Radio 2 audience to not only hear, but also watch and, hopefully, recommend to their friends.”

Jo Whiley says: “I’m a big fan of all these artists and am thrilled to be part of bringing their In Concerts to Radio 2. I look forward to hearing their music and having a chat with the artists live in the Radio Theatre after their performances. It’s going to be another great In Concert season and I hope you will join us.”

Radio 2 in Concert is a yearly series of live performances which has in the past few years featured artists including Van Morrison, Kylie Minogue, Emeli Sande, Robbie Williams, Sam Smith and Jeff Lynne’s ELO.

BBC Radio 2 is the most listened-to radio station in the UK and has a weekly audience of 15.05m (RAJAR Q4 2016). The output of the station is highly distinctive, with its entertaining popular music programmes and speech-based content, such as news, current affairs, documentaries, religion, arts, comedy, readings and social action output, reflecting the diversity of the UK. 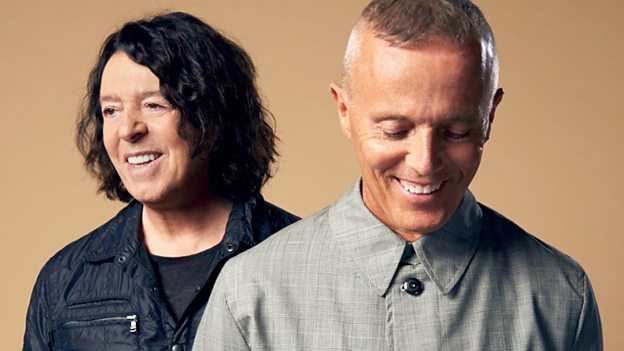 Despite selling 30 million albums worldwide, performing to countless sold out audiences, and winning various awards, Tears For Fears - Roland Orzabal [vocals, guitar, keyboards] and Curt Smith [vocals, bass, keyboards] - see the next 12 months as the beginning of a new era for the band with the promise of their first new release in 13 years.

Classic songs ranging from Mad World, Change, Pale Shelter, Shout, Everybody Wants To Rule The World and Sowing The Seeds Of Love have made Tears For Fears one of modern music’s most influential bands with their music being sampled by everyone from Kanye West to The Weeknd and covered by Lorde and most famously Gary Jules as part of the Donnie Darko soundtrack.

Curt Smith of Tears for Fears says: “We can’t wait to bring some of our favourite songs, old and new, to the Radio Theatre for this special Radio 2 In Concert.” 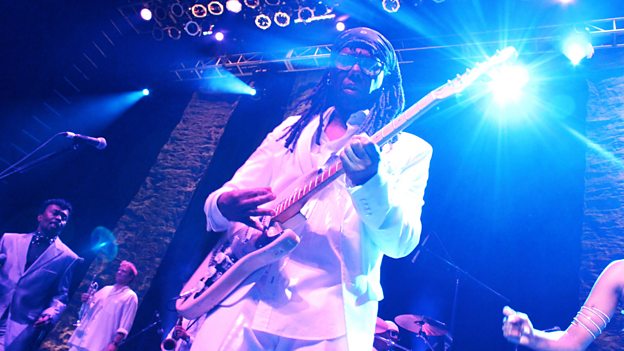 As a recent recipient of the Rock n Roll Hall of Fame Award for Musical Excellence, Nile Rodgers is also a​ multi-Grammy-winning composer, producer, arranger and guitarist and co-founder of Chic, who generated ground-breaking hits like Le Freak. His career-defining productions for David Bowie (Let's Dance), Madonna (Like A Virgin), and Sister Sledge (We Are Family), plus his work with artists like Duran Duran, Diana Ross, INXS, Steve Winwood, Peter Gabriel, and Michael Jackson, have sold over 300m albums and 50m singles worldwide while his collaborations with Daft Punk, Avicii, Disclosure, and Sam Smith reflect the vanguard of contemporary music.

Nile Rodgers says “I’m seriously looking forward to doing this special In Concert for Radio 2. We’re going to rock out the Radio Theatre, so bring your dancing shoes and let's have a funky good time! See you on the 30th!” 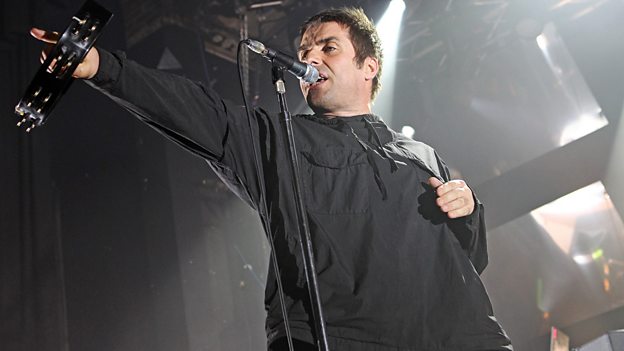 Following his success as frontman of iconic 90s rock band Oasis and founder of Beady Eye, Liam Gallagher launched a solo career with his hit single Wall Of Glass. His debut solo album As You Were is set for release on 6 October 2017 and will include popular tracks For What It’s Worth and Chinatown.

Liam Gallagher says: “Looking forward to taking over the airwaves and bringing you some super sounds on Radio 2. As you were LG x" 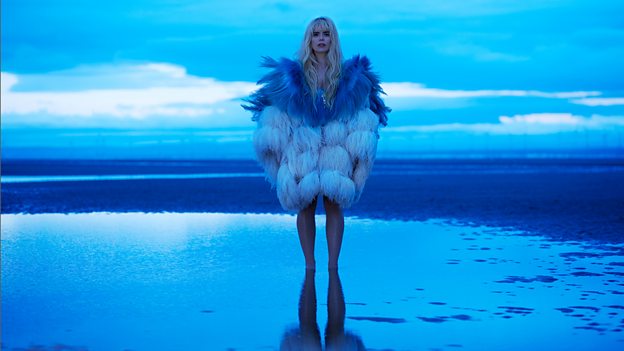 Paloma Faith - one of two British female artists this decade to have her last three albums go double platinum in the UK, with each selling more than the last - has this year made her long-awaited return to music with the release of her euphoric new album, Crybaby. This is her first record since giving birth to her first child.

Paloma Faith says: “I am delighted to be playing the BBC In Concert... I do this job to perform and this will be the first performance of some tracks off my new record so all in all I'm extremely excited.” 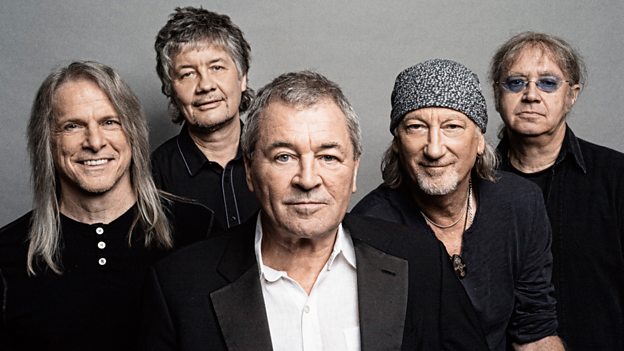 The holy grail of In Rock (1970) Machine Head (1972) and Made In Japan released in 1973 catapulted Rock n Roll Hall of Fame inductees, 1960’s rock band Deep Purple to the top in concert grosses and album sales around the world, with track Smoke On The Water ascending to mega-status.

In the latter-years, Deep Purple has moved progressively into new areas, the band’s videos From The Setting Sun In Wacken and To the Rising Sun In Tokyo charted on the same day at 1 and 2 in UK's music video charts proving the fascination the band's shows have on their audience. Deep Purple have just announced details of a special gold edition of their latest studio album Infinite (their UK no.6 album and highest charting in 33 years) and are currently wowing audiences around the world on The Long Goodbye Tour which hits the UK in November.

Ian Paice of Deep Purple says: “Deep Purple are really looking forward to performing for the BBC Radio 2’s In Concert programme. It’s been many years since we did something like this.But through all those years one thing has never changed. Playing live is the only way to capture the spirit of Rock n Roll music, because even 60 years after it reared its wonderful rebellious head that’s what it still is! There is no safety net of the recording machine to 'fix things later', you get it right or get it wrong. For the musicians it’s, an adrenaline rush, concentration and invention but most of all fun. That’s why we started doing it when we were kids. We hope you have fun being on the receiving end." 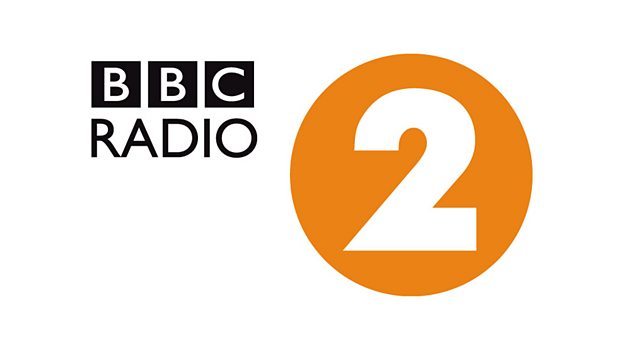