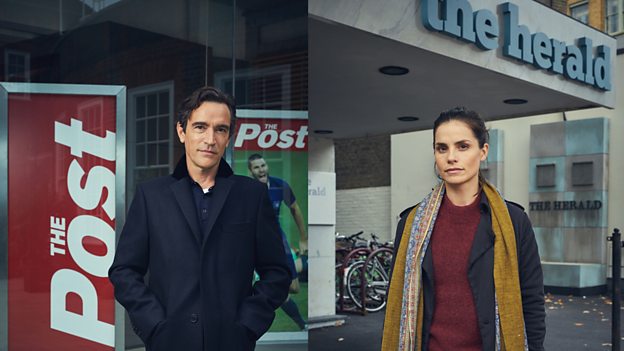 Set in the fast-paced and challenging environment of the British newspaper industry, Press will immerse viewers in the personal lives and the constant professional dilemmas facing its characters.

The series follow their lives as they attempt to balance work and play, ambition and integrity, amid the never-ending pressure of the 24-hour global news cycle and an industry in turmoil.

As previously announced, Press will feature an ensemble cast of superb British talent, including Priyanga Burford (London Spy, King Charles III) as The Herald’s Editor, Paapa Essiedu (A Midsummer Night’s Dream, RSC’s Hamlet) as The Post’s newest reporter and Shane Zaza (Happy Valley, The Da Vinci Code) its News Editor; while Ellie Kendrick (Game Of Thrones, The Diary Of Anne Frank) will be a junior reporter; Al Weaver (Grantchester, The Hollow Crown) an investigative journalist and Brendan Cowell (Young Vic’s Yerma, Game Of Thrones) the Deputy Editor at The Herald.

They will be joined by David Suchet (Poirot) who will play the Chairman & CEO of Worldwide News, owner of The Post.

Press will broadcast on BBC One in 2018.