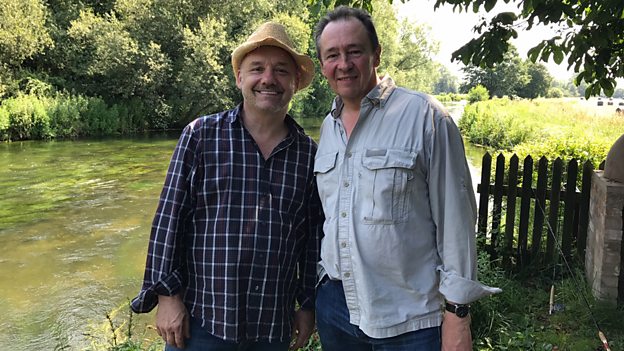 David Brindley says “I’m thrilled to be announcing this exciting mix of new commissions which demonstrate the breadth of programming coming from this department.

"On BBC One, we are pushing on innovation with two new pilots: The Recording Studio celebrates the pure warmth and joy of enabling ordinary people to mark a very special moment in their lives in a world class recording studio whilst Make Me Younger visits a school reunion to reveal how a group of old friends could turn back the clock.

"On BBC Two, Million Pound Menu is a transformational new business format which gives some of the country’s most talented would-be restaurateurs a once in a lifetime opportunity. Also on BBC Two, I’m delighted that Romesh Ranganathan will be acting as the perfect guide to the places many of us would fear to tread in Romesh’s Really Rough Guide whilst Paul Whitehouse and Bob Mortimer will take us on a very funny and intimate fishing expedition - they’re seeking some relaxation time after each suffering from severe heart complications."

All titles are working titles.

The Recording Studio (BBC One)

The heart-warming show follows ordinary people as they are given the opportunity of a lifetime to step into a world-class recording studio and capture the most important song of their lives.

With a transformative narrative, viewers will watch as the studio’s highly skilled producers and team of talented musicians help each participant to share their own unique story. The programme explores the often very personal experiences of each contributor, and their reasons for wanting to record a particular song.

The Recording Studio (1x60' pilot) was commissioned by Charlotte Moore, Director of Content, David Brindley, Head of Commissioning, Popular Factual and Factual Entertainment and Commissioning Editor Catherine Catton. It is being made by Boundless, the Executive Producers are Kat Lennox, Amelia Brown and the Series Producer is Emily Smith.

Make Me Younger (BBC One)

Make Me Younger will reunite a group of old school friends and use cutting edge technology alongside health expertise to reveal how they have really aged on the inside and out.

This new show will get under the skin of five old friends who lost touch and went their separate ways. Thirty years after they last met, they’re now holding down jobs, running busy lives and looking after their families. To really find out just how much their lifestyles have affected their looks and health, they will all undergo a series of rigorous tests to reveal their true age.

A programme of interventions will then be prescribed - can these old school friends complete some serious homework to help them to roll back the years?

Make Me Younger (1x60' pilot) was commissioned by Charlotte Moore, Director of Content, David Brindley, Head of Commissioning, Popular Factual and Factual Entertainment and Commissioning Editor Catherine Catton. It is being made by Twofour where it will be executive produced by Andrew Mackenzie, Mel Leach and Dan Adamson.

BBC Two is launching a new business format hunting for the country’s most exciting new restaurateurs. Exploring the restaurant revolution that is taking the UK by storm, this brand-new series from Electric Ray gives some of Britain’s brightest food talent their very own restaurant, and a once in a lifetime opportunity - to turn their dreams into bricks and mortar reality. Some of the industry’s most influential figures and funders will ultimately decide who is deserving of their career-defining investments.

The series will be hosted by the renowned restaurant general manager Fred Sirieix, marking his return to the BBC, where he launched his television career in 2011 with Michel Roux’s Service.

In each episode, two different sets of restaurant hopefuls, with innovative ideas for new dining concepts, will seek to secure investment in their restaurant business. They will each be given a trial period in a pre-existing restaurant space to demonstrate their vision, business acumen, as well as food and management expertise to a set of potential investors. On the final day of service, the restaurant operators will find out if their food and business plans have been strong enough to secure a momentous, life-altering investment.

Fred Sirieix says: “I am very excited and honoured to be joining the talented team of Million Pound Menu. The UK restaurant scene is booming with creativity and a quality never seen before. To play a part in discovering, nurturing and helping the next generation of restauranteurs is an opportunity like no other. I can't wait to get to work and for the series to start.”

The 6x60' series was commissioned by Patrick Holland, Controller, BBC Two and David Brindley, Head of Commissioning, Popular Factual and Factual Entertainment. It is being made by Sony backed Electric Ray where the Executive Producers are Meredith Chambers and Karl Warner. Michael Jochnowitz is the Commissioning Editor. 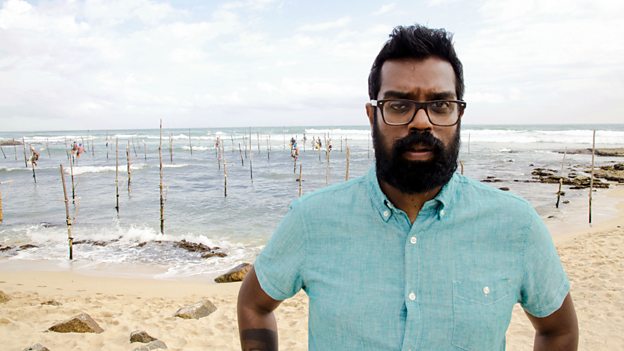 Romesh Ranganathan is a comedian and TV presenter whose idea of a nice trip away is two weeks in the Algarve. In this series, he’s travelling way beyond his comfort zone and the world of a complimentary breakfast buffet as he ventures to some of the most beautiful but dangerous places on earth.

Hosted by locals and fully immersed in the local culture, he’s going to be given an eye opening, and at times heart stopping, insider’s guide to countries that are big on natural beauty, character and charm. Largely unspoiled by hordes of tourists because of their bad reputations, Romesh will discover why they’re perceived to be amongst the most dangerous on Earth and therefore not generally on your average holiday wish list.

Holidaying where other (some may say wiser) people fear to venture, he will forego home comforts to really explore the heart of these areas, challenging both his own and our preconceptions about them, ultimately exploring whether they are as dangerous as we are led to believe or in fact well worth visiting.

Romesh Ranganathan says: “I got fed up with people telling me that doing travel shows was essentially a paid holiday, so I decided to tackle that by doing one where I could actually die.”

Romesh’s Really Rough Guide (3x60') was commissioned by Patrick Holland, Controller, BBC Two, and David Brindley, Head of Commissioning, Popular Factual and Factual Entertainment. It is being produced by Rumpus Media where the show will be executive produced by Emily Hudd and series directed by Chris Cottam. Catherine Catton is the Commissioning Editor.

Paul Whitehouse is an experienced fisherman; Bob Mortimer is a complete novice. Their friendship stretches back for decades, but they’ve recently reconnected after both suffering very serious heart problems and each staring death in the face.

Paul has suggested to Bob that he take up fishing to help recover from his triple heart bypass. Now, these two much loved comedians will tour the country to fish side by side in some of the most picturesque landscapes the UK has to offer.

Across the half-hour episodes they’ll dissect life, death and comedy. Paul will be in charge of the fishing while Bob is in charge of the accommodation and cooking heart-healthy food. From recipes, regrets, relationships and rituals; to childhood, comedy and the countryside, the pair will discuss everything alongside the ever-present shadows of showbiz and mortality.

Bob Mortimer says: "Paul is a lifelong friend and the chance to have one last adventure together before we snuff it was irresistible. He is an experienced angler and I haven't fished since I was a teenager. As a teacher, I expect him to be brutal."

Paul Whitehouse says: "Before Bob Mortimer and I die of heart disease, we're going fishing all around the country. I've sold it to him by saying fishing is long periods of boredom punctuated by short, sharp periods of incredibly intense boredom. As a Middlesbrough fan, he lapped it up."

Paul And Bob Go Fishing (6x30’) was commissioned by Patrick Holland, Controller, BBC Two, and David Brindley, Head of Commissioning, Popular Factual and Factual Entertainment. It is made by Owl Power and executive produced by Lisa Clark, the Series Producer is Nicky Waltham and the Series Director is Leo McCrea.