Filming commences on new series of BBC One’s Our Girl 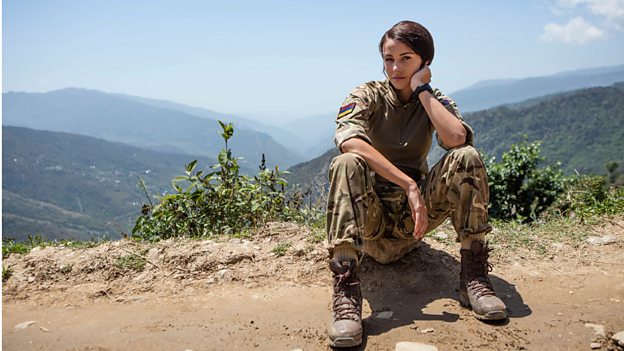 I’m so happy to be shooting the new series of Our Girl in Nepal and so very excited to bring more stories of Georgie Lane to life.Michelle Keegan

Category: BBC One; Drama; Commissioning; Casting; BBC Studios
Written and created by Tony Grounds and made by BBC Studios for BBC One, filming has begun on the third series of Our Girl. With Michelle Keegan (Ordinary Lies, Tina and Bobby) returning as Corporal Georgie Lane, and introducing Shalom Brune-Franklin (Barracuda, Crossing The Border) as Private Maisie Richards.

In an ambitious 12-part series commission, Our Girl series three will comprise of three separate missions: in the first, to be transmitted on BBC One later this year, Georgie finds herself on a relief mission in Nepal following a devastating earthquake which has had hazardous and unpredictable consequences.

Michelle Keegan says: “I’m so happy to be shooting the new series of Our Girl out in Nepal and so very excited to bring more stories of Georgie Lane to life. It’s an amazing experience to be working on such important stories with such an incredible group of people.”

Tony Grounds adds: “On a disaster relief mission to Nepal after an earthquake hits the country, 2 Section is thrown into a perilous and life-changing situation. Michelle Keegan, brilliantly reprising her role as Corporal Georgie Lane, shows remarkable courage in the face of adversity and inspires the troops to perform their duty with bravery and compassion."

Caroline Skinner, Executive Producer, BBC Studios says: “We are absolutely thrilled to be back in action, filming the new series of Our Girl right now in Kathmandu and Cape Town, with Michelle Keegan reprising her role as the inimitable Corporal Georgie Lane. With an expanded 12-part series commission, this time Our Girl will follow our characters on three distinct missions in far-flung, dangerous parts of the globe - and we cannot wait to bring their new adventures back to BBC One later this year.”

Further information on the following two missions will be released in due course.