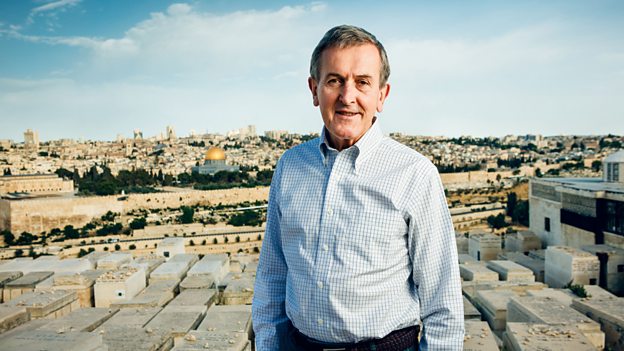 The enlightenment-understood nature of humanity informs much of modern society. But as the brilliant Neil MacGregor shows... we are so much more than that.Gwyneth Williams, Controller, BBC Radio 4

Category: Radio 4; Radio 3; World Service; Commissioning
From 23 October, Radio 4 and the British Museum embark on the fourth major project coming out of their public service partnership.

Exploring the role and expression of shared beliefs in lives and communities through time and around the world, Neil MacGregor, former Director of the British Museum, returns to Radio 4 to present this landmark 30-part series.

The British Museum also presents a major exhibition on this theme, opening on 2 November 2017.

Throughout the radio series Neil draws upon objects and curatorial insights from the British Museum and beyond, with a focus on two or three objects in each programme. As with his last Radio 4 series, the multi-award winning Germany: Memories Of A Nation, Neil also travels to key locations - from the winter solstice in the ancient passage tomb at Newgrange in County Meath, Ireland, to the waters of the Ganges in India; from Jerusalem to a cave in southern Germany.

Across the series, the focus moves from daily and weekly practices, festivals, pilgrimages and sacrifices, to power struggles and political battles between beliefs, and between faiths and states.

Marking the end of the Radio 4 series, and following on from the success of River of Music, BBC Radio 3 will be broadcasting Sacred River: six hours of continuous classical music inspired by the major world faiths, from 9am to 3pm on Sunday 26 November. BBC World Service will broadcast the Radio 4 series weekly from Saturday 4 November.

An accompanying book for the partnership will also be published by Allen Lane in Spring 2018.

Neil MacGregor says: “Questions of faith have, in recent decades, moved to the centre of the global political stage - an unexpected return to a centuries-old pattern. But what are the connections between structures of belief, and the structures of society?

"In this series, using objects from the British Museum, and talking to experts from many disciplines, we try to explore some of these questions, looking at communities from deep history to the present day, in Europe and around the world.”

Gwyneth Williams, Controller of BBC Radio 4, says: “The rational and analytical, enlightenment-understood nature of humanity informs much of modern society. But, of course, as the brilliant Neil MacGregor shows in this wide-ranging and important series, we are so much more than that. Over the last decade, around the world, religious and spiritual awareness has grown and begun to pose a different understanding of what it means to be human. Neil, in this series, shows the depth, complexity and beauty of that rich heritage.

As he describes it: "Homo sapiens is also 'homo religiosus'. I am proud to broadcast this series at this time, supported by our valued partner, the British Museum and its inspiring Director, Hartwig Fischer.”

Neil MacGregor and his BBC Radio 4 programmes are renowned for their unique way of telling stories through objects. This is the fourth collaboration between the British Museum and Radio 4, following on from Germany: Memories Of A Nation (2015), Shakespeare’s Restless World (2012) and A History Of The World In 100 Objects (2010) - all of which were produced by the Documentaries Unit in BBC Radio Production.

The programmes will be available to download via the BBC iPlayer Radio app, and a podcast of the series will start from 23 October. The Radio 4 website will feature six specially commissioned animations, each telling the story of a key object in the radio series. The animations are voiced by Neil MacGregor and illustrated by Scott Coello.

Overview of each week

Week one
The series begins with the emergence of society, starting with the Lion Man, a small ivory figure thought to be about 40,000 years old. Subsequent programmes this week focus on fire, including the role of fire in a Parsi temple in Gujarat, India; water, from Salisbury Cathedral to the Ganges; light, including a visit to Newgrange passage tomb in Ireland at the winter solstice; and seasonal renewal, where the objects include a corn figure of Osiris, from ancient Egypt.

Week two
The second week examines how religious practices acknowledge the transition through life. Programmes focus on the end of life, including Peruvian mummy bundles; the protection of the mother and infant in childbirth and in the early years; rituals around becoming an adult member of society; everyday activities in maintaining a faith, with objects including a 16th century ivory qibla, made for finding the direction of Mecca; and the role of weekly gatherings, including the importance of singing together as a congregation.

Week three
This week investigates ceremony, pilgrimage, rituals and sacrifice, including the creation of sacred spaces; the idea of pilgrimage including discussion of pilgrim souvenirs from locations visited by Chaucer’s Wife Of Bath; the importance of offerings and sacrifices; and the role and development of festivals.

Week five
These programmes examine societies with many gods, or a pantheon of deities; the question of monotheism; the religions which travel beyond regional, national and continental boundaries; and questions of co-existence.

Week six
The final week examines religion’s place in society with a focus on the idea of the divine right of monarchs or rulers, the phenomenon of political leaders with a religious role, and tensions between national and religious identities.