Steven Knight to adapt Dickens’ novels for BBC One 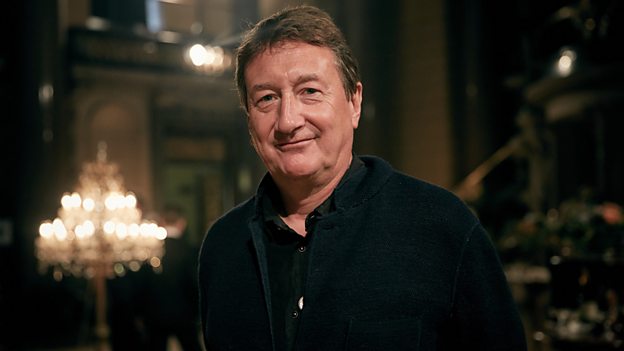 Any question about narrative storytelling is answered by Dickens. To have the chance to revisit the text and interpret in a new way is the greatest privilege. We need luck and wisdom to do this justice.Steven Knight

Category: BBC One; Drama; Commissioning
From the author of Peaky Blinders and Taboo, comes Steven Knight’s vision of Charles Dickens in a series of adaptations of his classic novels for BBC One.

Commissioned by Piers Wenger, Controller of BBC Drama, and Charlotte Moore, Director of BBC Content, and produced by Scott Free London in association with Hardy Son and Baker, Knight will use his trademark style to create a boxset of Dickens’ most iconic novels in the next few years.

A Christmas Carol will be the first adaptation in this planned series. As Ebenzer Scrooge, the miserly cold-hearted boss, is visited by four ghosts from the past, present and the future, on a freezing Christmas Eve, he must face up to how his self-interested, penny pinching behaviour has impacted his own life and those around him, leaving him in a paranoid bubble of fear. Is it too late for him to save the spirit of Christmas, and himself?

Knight says: “Any question about narrative storytelling is answered by Dickens. To have the chance to revisit the text and interpret in a new way is the greatest privilege. We need luck and wisdom to do this justice.”

Piers Wenger, Controller of BBC Drama, says: “Steven's unique ability to reimagine the past and to turn it in to must see drama make him the perfect writer to reimagine Dickens' most famous works for a new generation. And in A Christmas Carol, that most familiar of Dickens' stories, he has found the perfect place to start.”

Charlotte Moore, Director of BBC Content says: “It’s incredibly exciting to have a genius like Steven Knight embark on a series of Dickens adaptations. What can I say? Be prepared to be blown away by his wholly original and visionary take on some of Britain's best loved classics.”

Ridley Scott says: “It’s terrific to be continuing the creative partnership of Scott Free London with Tom and Steve that started with Taboo and continues with this exciting and ambitious anthology of British classics.”

Kate Crowe, Head of TV, Scott Free London, says: “A Christmas Carol explores miserliness, isolation and selfishness against generosity, charity and open-heartedness; a clash of ideologies that is as significant today as it ever has been.”

Tom Hardy, Hardy Son and Baker, says: “It’s extremely exciting to have the opportunity to team up with Ridley Scott, Steven Knight and our partners at the BBC with this rare and wonderful opportunity to revisit and interpret Dickens’ classic works. A Christmas Carol is a fabulous magical piece of theatre and an embarrassment of riches for our creative team - from character all the way through to design. Here’s to having a lot of intricate and wonderful fun. We feel very lucky.”

A Christmas Carol is a 3x60’ drama for Christmas 2019. It will be produced by Scott Free London in association with Hardy Son and Baker for BBC One. It will be executive produced by Steven Knight, Ridley Scott, Tom Hardy, Kate Crowe and Dean Baker, alongside Piers Wenger for the BBC.

Further details will be announced in due course.