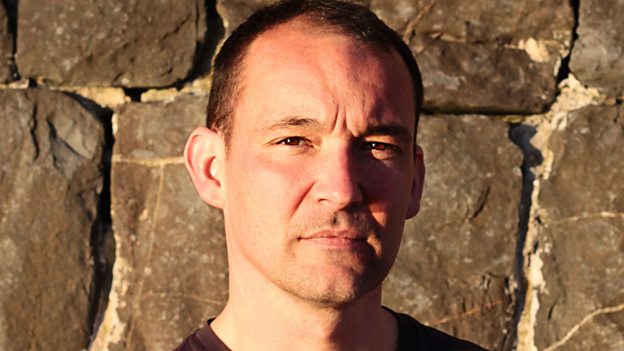 It is as perfect a short story as I've ever read and works on the reader like an invasion, as all the best literature should.Eimear McBride, fellow writer and judge

Category: Radio 4
Welsh novelist and TV scriptwriter, Cynan Jones, has beaten a host of writers including three of Granta’s recent ‘20 under 40’ to the coveted BBC National Short Story Award with BookTrust 2017 for his story The Edge Of The Shoal.

Described by writer and judge, Jon McGregor as a 'genuinely thrilling' piece of writing with 'a completeness of vision and execution that made it an inevitable winner', it was praised by fellow writer and judge Eimear McBride for its 'tenderly devastating exploration of the body as it hangs outside time' and for being 'as perfect a short story as I've ever read'.

Cynan Jones was presented with the prize of £15,000 this evening by the 2017 Chair of Judges, Joanna Trollope, at a ceremony held in the BBC’s Radio Theatre in London. The news was announced live on BBC Radio 4’s Front Row, during a special programme celebrating the short story.

Jon McGregor, writer and judge says: "The Edge Of The Shoal does something genuinely thrilling with the confines of the short story: for 6000 words the reader exists only in the lived present moment, in a mental space where life is stripped to its bare essentials. There is no space here for recollection or speculation, no rueful observation or commentary. There are simply the raw bleeding details of survival. It's an exhilarating, terrifying, and life-affirming read. A stunning achievement, and a deserved winner of the prize."

Fellow writer and judge, Eimear McBride says: "I've thought about The Edge Of The Shoal most days since first reading it, months ago. Not the immaculate construction, or modernising take on the 'man versus nature' tale, but its tenderly devastating exploration of the body as it hangs outside time. It is as perfect a short story as I've ever read and works on the reader like an invasion, as all the best literature should."

Cynan Jones was born, and still lives, near Aberaeron on the west coast of Wales. He is the author of five novels, The Long Dry, Everything I Found On The Beach, The Dig, Bird, Blood, Snow and Cove and his short stories have appeared on BBC Radio 4 and in a number of anthologies and publications including Granta Magazine and The New Yorker; he has also scripted an episode of the television crime drama Hinterland. He has won a Betty Trask Award, the Wales Book of the Year Fiction Prize, and a Jerwood Fiction Prize, and a chapter of The Dig was shortlisted for the Sunday Times EFG Private Bank Short Story Award in 2013. His latest novel Cove is currently longlisted for the Europese Literatuurprijs (in the Netherlands).

The Edge Of The Shoal tells the story of a man who sets out unseen to scatter his father’s ashes. He leaves a simple note for his pregnant partner 'Pick salad x'. A poignant, rhythmical and tension-fuelled story about the fragility of human existence and our place within the world, Jones was inspired to write a story 'with no definite sense of place; where a person is literally cast adrift from place and relationship'. On discussing the short story form, he adds: "There’s no spare space in the short form. Everything counts. You have to create emotions and judgements, rather than describe them. A short story is a moment, not a journey."

Di Speirs, Books Editor at BBC Radio 4 and longstanding judge of the Award says: "In a year which has seen such accomplished novelists shortlisted for their compelling and memorable stories, the searing immediacy of Cynan Jones’ story stands out. The Edge Of The Shoal
is a perfect illustration of the transporting, utterly absorbing power of a great short story."

2017 marks the twelfth year of the BBC National Short Story Award and the third year of the BBC Young Writers’ Award, which was created to inspire and encourage the next generation of short story writers. A cross-network collaboration between BBC Radio 4 and BBC Radio 1, this year’s award, open to 14-18-year olds, was won by 17-year-old Elizabeth Ryder from Oxfordshire for her story The Roses. It can be read online at www.bbc.co.uk/ywa

The five shortlisted stories are available to listen to via Radio 4’s new Short Story podcast. They are also published in an anthology BBC National Short Story Award 2017, introduced by Chair of Judges Joanna Trollope and published by Comma Press.

About the shortlisted authors

About the award and partners