BBC One and FX announce second series of Taboo 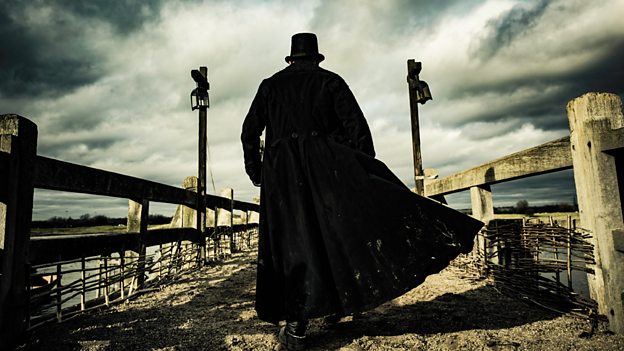 We are grateful and excited to continue our relationship with the BBC and FX in contributing towards British drama. Fantastic news.Tom Hardy

BBC One and FX announced today that they will team up with producers Ridley Scott’s Scott Free London and Tom Hardy’s Hardy Son & Baker for a second series of Taboo.

Created by Steven Knight with Tom Hardy and Chips Hardy, Taboo is one of the most successful dramas ever on BBC iPlayer and has been a huge hit with younger audiences. It is still available as a box-set on iPlayer and viewing to the series continues to grow. The series launched in a new Saturday night slot on BBC One and through word of mouth and social buzz, drove younger adults to catch up later with its dark, complex and immersive storytelling, led by the mesmerising Tom Hardy.

Charlotte Moore, Director of BBC Content, says: “Taboo has been a phenomenal success and proves overnight ratings are not the only measure of success, as the series even now continues to grow beyond live viewing. Launching in a new Saturday night slot on BBC One provided us with an opportunity to take risks and showcase distinctive drama, and the growing talkability of Taboo has engaged younger audiences, seeing record numbers coming to BBC iPlayer, with the availability of the box set maximising audiences even further.

"A second series can't come soon enough. My thanks to the incredible creative team behind Taboo, from creators Steven Knight, Tom and Chips Hardy, and Ridley Scott and Tom Hardy’s unforgettable performance. As well as our partners FX."

Piers Wenger, Controller BBC Drama, says: "Taboo is the perfect storm of on-screen and behind-the-camera talent, and there was never any doubting the capacity of Tom and Steve to create an unmissable cinematic drama event for Saturday nights. It's been a thrill to see the audience for Taboo build over time and in such large numbers. In series two, Tom and Steve and the show's brilliant producers are promising something daring, different but equally unmissable, and I'm delighted that the BBC is partnering with FX once again to roll Taboo out to audiences across the world."

Tom Hardy, Creator and Executive Producer, says: “We are grateful and excited to continue our relationship with the BBC and FX in contributing towards British drama. Fantastic news.”

Steven Knight, creator and executive producer, says: “I’m thrilled that a work which pushes boundaries has been so well received and found such a large and enthusiastic audience in the US and Britain. We have tried to take an impressionistic, rather than figurative, approach to a narrative which we hope more accurately portrays the spirit of an extraordinary time in history. James Delaney will continue to explore many realities as he takes his band of misfits to a new world, thanks to FX and the BBC, partners who could not be more suited to collaborating in ground breaking work.”

Ridley Scott, executive producer, says “We're thrilled that people want to know what happens next, and that the BBC and FX are up for more adventures with the devil Delaney and the league of the damned. Along with our international distributors Sonar Entertainment, the BBC and FX have been great partners, supporting Taboo at every stage so it could be the dark, dirty brute of a drama that it is.”

Chips Hardy, co-creator and consulting producer, says: "I'm delighted we have the opportunity to build on what was achieved in the first series, and that we can continue to create breakthrough drama to intrigue and entertain."

Set in 1814, series one follows James Keziah Delaney (Hardy), a man who has been to the ends of the earth and comes back irrevocably changed. Believed to be long dead, he returns home to London from Africa to inherit what is left of his father's shipping empire and rebuild a life for himself. But his father's legacy is a poisoned chalice, and with enemies lurking in every dark corner, James must navigate increasingly complex territories to avoid his own death sentence. Encircled by conspiracy, murder and betrayal, a dark family mystery unfolds in a combustible tale of love and treachery.

The new 8x60’ series has been commissioned by Charlotte Moore, Director of BBC Content and Piers Wenger, Controller of BBC Drama. It will be produced by Ridley Scott’s Scott Free London and Tom Hardy’s Hardy Son & Baker for BBC One and FX with Sonar Entertainment distributing worldwide outside the UK. Executive Producers are Ridley Scott and Kate Crowe for Scott Free, Tom Hardy and Dean Baker for Hardy Son & Baker, and Steven Knight.

Notes to Editors
Overnight ratings are not the only way to measure success of drama series, especially for drama with appeal to young adults.

Taboo’s consolidated series average was 5.8 million within 7 days. But the audience continued to grow beyond the industry seven day cut-off and is reaching an average of 7 million after 28 days.

Across all platforms, Taboo has been one of our most successful dramas on iPlayer to date, with episode one achieving the third highest audience ever (after Sherlock and docudrama Murdered By My Boyfriend). Although not directly comparable to the BARB data, that episode has had 3.8 million requests so far.

BARB data does include some iPlayer (if viewed through the TV set), however, there is additional iPlayer viewing via laptops, tablets and mobiles which is not yet part of the UK’s industry currency.

BARB’s consolidated viewing figure of 5.8 million is within seven days of Broadcast. Viewing within seven days has traditionally been considered BARB’s final published audience. However what Taboo shows us is that this considerably under-estimates the actual number of viewers.

The 7 million is the figure when we consider viewing via TV sets across 28 days (which BARB also measures). For some dramas there is a considerable ‘long tail’ and audience research supports the theory that younger audiences join drama series later with the audience profile getting younger as the data consolidated. While 23 percent of Taboo’s live Saturday night audiences aged under 45, the profile of those watching later was significantly younger: almost half of those watching in the 8-28 day window were under 45.

Sue Gray, BBC's Head of Audiences, says: "The live broadcast audience remains important and we know audiences highly value collective viewing experiences. However an emerging younger audience group are increasingly influenced by social recommendation and will come when the 'noise' around a series becomes compelling. The broadcast moment can fan this flame with BBC One and iPlayer providing a virtuous circle which maximises audience opportunity to engage. Broadcasters and commentators increasingly need to play the long game in their quest to understand audience behaviour."

The Taboo series 1 box set is available on BBC iPlayer until 27 March.