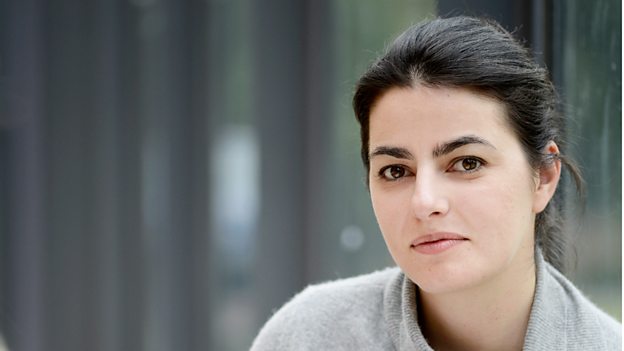 Category: Radio 3; Proms; Orchestras
The BBC Concert Orchestra has announced the appointment of Dobrinka Tabakova as its new Composer in Residence.

Continuing the BBC Concert Orchestra’s commitment to new music, Dobrinka takes the reins from Associate Composer Guy Barker, who over four years with the orchestra premiered works including The Lanterne Of Light at the BBC Proms with soloist Alison Balsom in 2015 and his Soho Symphony, based on London's Soho region, as part of the 2014 EFG London Jazz Festival.

Tabakova’s new role will see her work with the orchestra for an initial period of three years, with her first orchestral commission scheduled for the orchestra’s 18-19 season, to be premiered at Southbank Centre’s Queen Elizabeth Hall, where the BBC Concert Orchestra is Associate Orchestra.

As well as exploring Tabakova’s existing compositions, the role will include three orchestral commissions from BBC Radio 3 for the BBC Concert Orchestra. Tabakova will also participate in the artistic planning and direction of the orchestra’s work as a whole, including concerts, recordings and learning projects.

Dobrinka Tabakova was born in the historic town of Plovdiv, Bulgaria in 1980 and has lived in London for the past 25 years. Recent compositions include Immortal Shakespeare - a cantata for the Shakespeare 400 anniversary in 2016 - and the UK New Music Biennial film collaboration PULSE. Tabakova has previously been commissioned by the Royal Philharmonic Society, BBC Radio 3 and Britten Sinfonia and is also Composer in Residence at Truro Cathedral.

Dobrinka Tabakova says: “I am thrilled to be invited to join the BBC Concert Orchestra and their team as Composer in Residence. The Orchestra’s repertoire is uniquely versatile and reaches an impressively varied audience and I am excited to have the opportunity to work with such great musicians over a long period. I look forward to being a part of the musical life of the orchestra and exploring new ideas.”

Andrew Connolly, General Manager of the BBC Concert Orchestra, says: “We are extremely excited to welcome Dobrinka Tabakova to the BBC Concert Orchestra family. As a true Composer in Residence, Dobrinka will collaborate with us in shaping the BBC CO’s forthcoming programmes across the breadth of our broadcasts and concerts and we’ll be exploring her existing compositions as well as developing the new ones. We’re looking forward to embracing her creativity and sharing it widely with our audiences.”

Dobrinka Tabakova – Biography
Dobrinka Tabakova was born in the historic town of Plovdiv, Bulgaria in 1980 and for the past 25 years has lived in London. She graduated from the Guildhall School of Music & Drama and holds a PhD in composition from King’s College, London. She has been described as a composer of ‘exciting, deeply moving’ music (Washington Times), with ‘glowing tonal harmonies and grand, sweeping gestures [which] convey a huge emotional depth’ (The Strad). She has been commissioned by the Royal Philharmonic Society, BBC Radio 3 and Britten Sinfonia. Her debut profile album, String Paths, on ECM Records, was nominated for a Grammy in 2014.

The music of Dobrinka Tabakova has featured in films and dance projects as well as international music festivals. Recent projects include Immortal Shakespeare, a cantata for the Shakespeare 400 anniversary in 2016; The High Line for orchestra, inspired by New York’s park in the sky; and the UK New Music Biennial film collaboration PULSE.

Forthcoming highlights include a long-term residency with Truro Cathedral, making her the first female composer to be commissioned by the cathedral; two portrait concerts in 2017- in Bristol and Antwerp - and a residency with the Leipzig MDR Orchestra for the 2017/18 season.

BBC Concert Orchestra
The BBC Concert Orchestra believes in bringing inspiring musical experiences to everyone, everywhere. Broadcasting regularly on BBC Radio 2 and BBC Radio 3, the BBC CO can also be heard on television with recent soundtracks such as The Hunt and Jonathan Strange and Mr Norrell and on stage at Sports Personality of the Year. The Orchestra aims to be accessible to audiences of all ages and encourages participation of younger generations through collaborations with Southbank Centre and BBC Music’s Ten Pieces initiative. As an Associate Orchestra at Southbank Centre, the orchestra gives a number of performances in London as well as performing in many festivals around the UK and overseas. In 2016 the Concert Orchestra visited Birmingham, Cambridge, Northampton, Truro, Snape and Bucharest as well as presenting regular performances in Chichester and Watford.