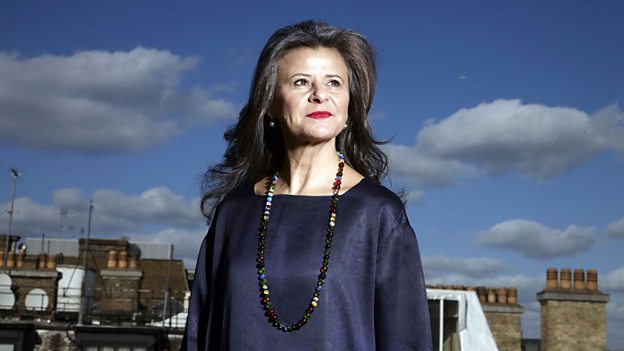 The warm reception from the British public has meant a lot to me personally. I want to thank them and let Dame Judi Dench and Chancellor Angela Merkel know I couldn’t have done it without you girls. Tracey Ullman

Category: BBC One; Comedy
Tracey Ullman’s Show has been recommissioned for a further series it was announced today by Shane Allen, Controller of Comedy Commissioning.

Tracey was received with open arms when she returned to BBC One at the beginning of January after a break of 30 years, and the series garnered great critical acclaim and peak consolidated audiences of over 4m viewers. A mix of sketch, celebrity impressions, song and dance, the show played to all Tracey’s strengths as a peerless impressionist and comedic social commentator, and included impressions of Dame Judi Dench as a kleptomaniac and German Chancellor Angela Merkel as a sex kitten. Other comedy characters included drugs mule Karen, adjusting to modern life after 28 years in a Thai prison, and topless feminist MP Sally Preston.

Tracey Ullman says: “It has been a pleasure being back at the BBC, and I am thrilled to get the opportunity to write more shows with my brilliant team. The warm reception from the British public has meant a lot to me personally. I want to thank them and let Dame Judi Dench and Chancellor Angela Merkel know I couldn’t have done it without you girls. Here’s to season two.”

Shane Allen, Controller of BBC Comedy Commissioning, says: “Tracey’s triumphant return to British television was a big hit with the audience. She’s such an exceptional talent at the top of her game. The new series will have plenty more surprises and finger on the pulse characters and impressions that hold a fairground mirror up to modern British society, politics and celebrity.”

"Someone confiscate her passport. It's as if a prodigal daughter - last seen mucking about with French, Saunders and pop producers in the mid-1980s - has returned to the UK from 30 gap years in America and wrapped herself instantly round British hearts and funnybones."

"Last night's opener didn't just have some of her pitch-perfect impressions, but also her keen-eyed observations of British life today. Clearly her long sojourn in the States hasn't blurred her view, nor made it more rosy about dear old Blighty."

“In the pipeline are some swipes at the royal family, and if the pictures I've seen of Ullman as a tweeded-up Camilla Parker Bowles and Carole Middleton are anything to go by, we're in for a treat."

“Tracey Ullman has been away from Britain for far too long. Her upcoming six-part comedy sketch show, Tracey Ullman’s Show, is so funny that it will make audiences remember how much they’ve missed her all these years.”

"The best material was the darker, dafter stuff, where jokes got stretched to surreal extremes, such as a war criminal going for a job interview. She might be 56 and rich enough to never need work again, but Ullman's lost none of her youthful bite. Welcome home."

“Having spent the past three decades living in Hollywood, Ullman is back on primetime British TV with Tracey Ullman’s Show, a rollicking blend of impressions – from Angela Merkel to Dame Maggie Smith – and wonderfully silly character comedy, including an entirely topless female MP (the breasts are prosthetic, she points out) and a character simply known as Karen, a drug mule.”