Angela Rippon to investigate the scientific truth behind dementia 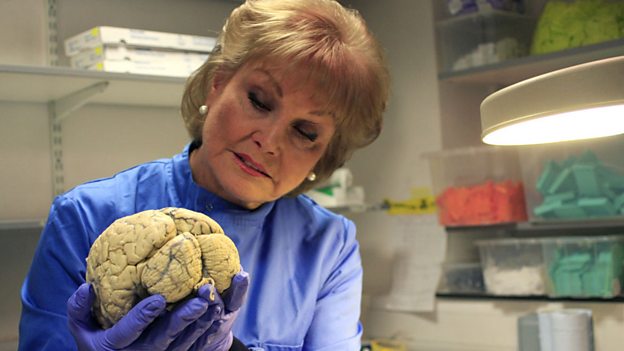 I think it's important that we learn about some of the great research that is going on, and the tests that are available. I certainly hope that the film will challenge what many of us think we already knew about this terrible disease.Angela Rippon

Category: BBC One; Factual; Commissioning
Today, the BBC announces a new BBC One film that will examine the science behind dementia, to air during Dementia Awareness Week in the UK.

In The Truth About Dementia, 71-year-old presenter and Alzheimer’s Society Ambassador Angela Rippon investigates the disease that took her mother’s life and is now starting to affect her friends.

In the UK, figures show that there are 850,000 people living with dementia – and by 2050 it is projected to exceed 2 million.* Setting out to explore one of the great scientific challenges of our time, Angela will discover what the latest scientific research from around the world is revealing about dementia - of which the most common form is Alzheimer’s.

In this informative and personal film, Angela expands on one of the key topics covered in her successful BBC series aired recently - How To Stay Young - to undergo a series of tests to discover if she has any early signs of dementia, and makes the difficult decision of whether to take a genetic test that could predict her future risk.

Angela Rippon says: “In How To Stay Young, we highlighted ways of keeping your mind and body healthy and active. In The Truth About Dementia, I go one step further to discover some of the ways in which science is working on the most common disease of the brain, and helping us to fight dementia."

“I think it's important that we learn about some of the great research that is going on, and the tests that are available. I certainly hope that the film will challenge what many of us think we already knew about this terrible disease."

Craig Hunter, Commissioning Editor, says: “The fact that Angela is willing to look at dementia through such a personal prism is not only brave and honest, but it makes for an incredibly compelling and thought-provoking film. She brings a warmth and insight which only someone who has been so personally affected by the disease can share.”

Along the way, Angela finds out some of the surprising ways we can help to protect ourselves. She discovers why getting a good night’s sleep could help prevent Alzheimer’s, and how learning a new language might be more effective than any current drug treatment.

Angela also visits a number of people who are living with the disease, including Bob, the husband of one of her oldest friends. She meets families that carry a gene for early onset Alzheimer’s, and discovers how they could be our best hope of finding a cure for this devastating disease.

The Truth About Dementia is executive produced by Jane Aldous for BBC Science. It was commissioned for BBC One by Craig Hunter, BBC Commissioning Editor, Specialist Factual Formats.