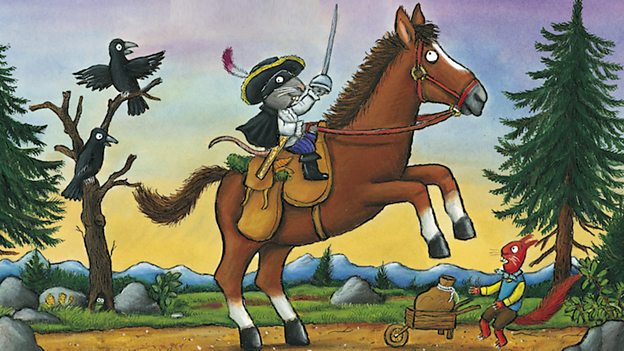 I am thrilled to be continuing our relationship with Magic Light to make this special animation for BBC One next year. There isn't a better team to bring the Highway Rat to television screens. It will be a Christmas treat for all the family.Elizabeth Kilgarriff, BBC Commissioning Editor

Category: BBC One; Drama; Commissioning
BBC One and Magic Light Pictures, the Oscar nominated and BAFTA award winning production and brand building company, has announced that an animated adaptation of Julia Donaldson and Axel Scheffler’s children’s book The Highway Rat is in production and set to premiere on BBC One Christmas 2017.

Published in 2011 by Alison Green Books, an imprint of Scholastic, The Highway Rat is a firm favourite among the Donaldson/Scheffler portfolio. The animated half hour will be produced by Michael Rose and Martin Pope of Magic Light Pictures and directed by Jeroen Jaspaert, director of Stick Man. Animation services will again be provided by Triggerfish Animation in Cape Town. Acquired by Charlotte Moore, Director of BBC Content, and Lucy Richer, BBC Acting Controller of Drama.

The half hour animated special is the tale of a greedy rat who tyrannises animals along the highway, as he steals their food at every opportunity: clover from a rabbit, nuts from a squirrel, a leaf from some ants - he even steals his own horse's hay. However what he really craves are cakes and all things sugary, and it's his sweet tooth that finally leads him to a sticky outcome.

The Highway Rat marks the fifth adaptation by Magic Light Pictures of a Donaldson/Scheffler’s children’s book. The most recent, Stick Man, premiered on BBC One last Christmas achieving record ratings of 9.3 million viewers, with an overall 41% audience share, making it the fourth highest rated programme of the day. The film has won critical praise and a raft of global industry awards including:

Michael Rose, Co-Founder, Magic Light Pictures, says: “We’re delighted to be in production with our next Donaldson/Scheffler title for BBC One. Julia and Axel have given us another brilliant story to work from – a swashbuckling tale of bandits and biscuits for all the family to enjoy.”

Elizabeth Kilgarriff, BBC Commissioning Editor, says: "I am thrilled to be continuing our relationship with Magic Light to make this special animation for BBC One next year. There isn't a better team to bring the Highway Rat to television screens. It will be a Christmas treat for all the family."