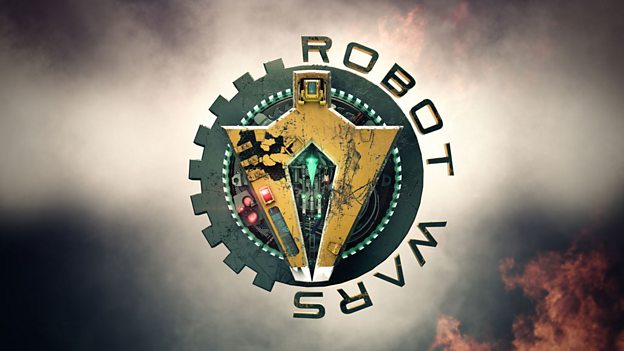 For too long, the schedules have cried out for a show in which dedicated amateurs, toiling day and night, handcraft sophisticated automatons built on the delicate interplay of hand-wired servo motors with custom-built circuit boards and fingertip motion control, just to see them get smashed to pieces by a dustbin carrying a massive hammer.Dara O Briain

Category: BBC Two; Entertainment; Scotland; Casting
Dara O Briain and Angela Scanlon have been announced as the new presenters of Robot Wars when the series is rebooted for BBC Two, with Jonathan Pearce returning as commentator.

Dara and Angela will get up close with the robots, the teams and get feedback from the Robot Wars judges while legendary commentator Jonathan Pearce will return with his inimitable take on the Robot Wars fights.

All the Robot Wars action will come from the new purpose-built fighting arena in Glasgow, which will allow viewers to get even closer to the action, with state-of-the-art cameras capable of capturing every crushing, sawing and scorching moment in incredible detail.

Dara O Briain says: “I am thrilled to be presenting Robot Wars. For too long, the schedules have cried out for a show in which dedicated amateurs, toiling day and night, handcraft sophisticated automatons built on the delicate interplay of hand-wired servo motors with custom-built circuit boards and fingertip motion control, just to see them get smashed to pieces by a dustbin carrying a massive hammer. It's war, and how I love it so.”

Angela Scanlon adds: “I'm so excited to be joining such a legendary show that, after all this time, still manages to make people squeal with joy. I cannot wait to see the robots in all their metallic glory playfully destroying each other!”

Jonathan Pearce says: “Robot Wars is an immensely enjoyable programme to commentate on. I am delighted to be involved and back among the cut and thrust of the robot battles. ACTIVATE!”

Channel Editor of BBC Two, Adam Barker, says: “I’m thrilled that Dara O Briain and Angela Scanlon will be fronting BBC Two’s reboot of Robot Wars. Alongside the welcome return of Jonathan Pearce bringing his unique commentary to proceedings, they are the perfect team to bring to life all the excitement and drama from the arena and explain the innovation and technological advances being showcased in the new and improved robots.”

Acting Controller of Entertainment, Alan Tyler, says: “We are delighted to have such an enviable line-up of talent at the helm of the new series. Dara is the perfect host for Robot Wars. Funny, intelligent, warm and genuinely enthused by both the engineering science and the passionate people behind the machines. I'm slightly worried he may actually apply to be a contestant. Angela’s razor-sharp wit and clever curiosity, alongside Jonathan’s expertise and insight, complete a perfect partnership. We can’t wait to bring the new series to the BBC Two’s audience.”

The new Robot Wars logo for the series, designed by Jump, has also been unveiled.

The new six-part series will be produced by Mentorn Scotland, part of the Tinopolis Group, in association with SJP Media, and will feature a new structure with more robots, more battles and more science than ever before. It also includes a raft of technological advances since the show first aired over a decade ago, and viewers can expect to see more innovative fighting machines as teams of amateur roboteers battle it out to win the coveted Robot Wars title.

Robot Wars fans can apply to see the battles first hand in the studio audience by contacting lostintv.com; by emailing info@lostintv.com or by calling 0208 5308 100.