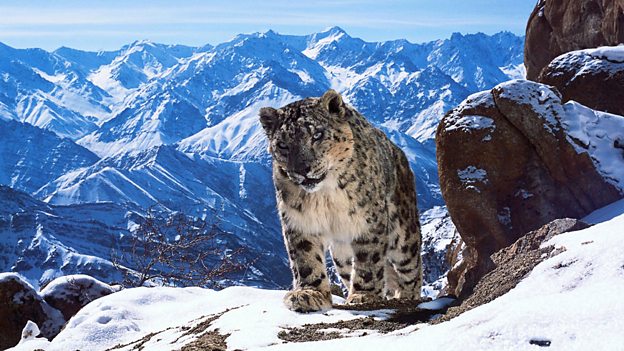 I am very excited to once again be working with the Natural History Unit on its latest landmark series and am especially looking forward to getting out on location in the next month or so.Sir David Attenborough

A decade ago, Planet Earth redefined natural history filmmaking, giving us the ultimate portrait of life on Earth. Planet Earth II will reveal our planet from a completely new perspective, using significant advances in both filming technology and our understanding of the natural world.

David Attenborough says: “I am very excited to once again be working with the Natural History Unit on its latest landmark series and am especially looking forward to getting out on location in the next month or so.”

Charlotte Moore says: “A decade on from Sir David Attenborough’s Planet Earth, this new series promises to be an extraordinary experience for our audience. Filmed over three years across the globe with all the very latest technology, the series uncovers stories about the natural world we have simply never been able to witness before.”

Tom McDonald, BBC Head of Commissioning for Natural History and Specialist Factual Formats, says: “Following the success of The Hunt, Great Barrier Reef, and Attenborough And The Giant Dinosaur, I'm delighted that Sir David will be presenting our landmark natural history series for 2016 on BBC One. Ten years on from Planet Earth, it feels like the perfect moment to bring our audience a series of such ambition which will change the way we see the natural world.”

Travelling through jungles, deserts, mountains, islands, grasslands and cities, the series explores the unique characteristics of Earth’s most iconic habitats and the extraordinary ways animals survive within them.

Shot in UHD, the epic scale of this series is second to none. Using the latest camera stabilisation, remote recording and aerial drone technology, we take the audience closer to nature and allow you to experience the wilderness as if you were there. Combining dramatic animal behaviour and incredible wildlife spectacle, Planet Earth II promises to give you the most immersive wildlife documentary experience to date.

Planet Earth II, a 6x60 series for BBC One, produced by the BBC’s Natural History Unit. It is a BBC / BBC America / ZDF / France Télévisions Co-Production.

Planet Earth II was previously known by the working title One Planet.