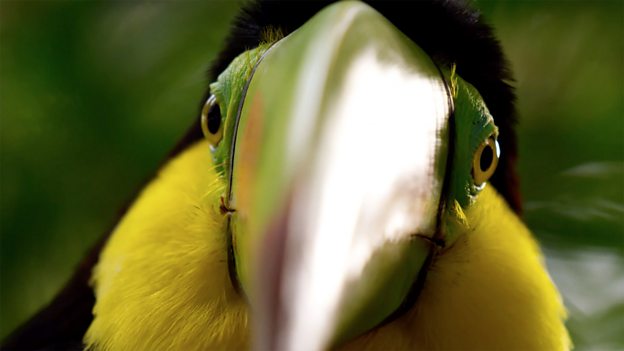 Sigur Rós are proud to be associated with Planet Earth II and its all-important mission to hold us rapt in understanding of, and respect for, this endlessly fascinating, utterly surprising and ultimately fragile place we are lucky enough to call home for a short while.Sigur Rós

Category: BBC One; Factual
Icelandic band Sigur Rós have taken time out of their World Tour to rework their famous track Hoppipolla for the BBC’s Planet Earth II trail.

The trail has been created by the BBC’s in house marketing agency, BBC Creative, to promote the BBC’s new landmark series Planet Earth II, presented by Sir David Attenborough.

The track is an exclusive 2016 remix of Hoppipolla. The original Hoppipolla was used in the Planet Earth campaign in 2006. It was so successful BBC Creative asked them to provide a fresh take on the song. The band tracked down the original stems of the track and re-worked the new version from them. Hoppipolla has evolved in the past 10 years, just like the series.

The band doesn’t often take on outside work and have turned down previous offers to use this track for commercial use. However they feel passionately about the natural world and wanted to draw attention to the conservation issues highlighted in the six part documentary being made by the BBC.

Although they aren’t playing the track in their current setlist and usually avoid looking ‘backwards’ when recording they made an exception in this case as they felt very strongly about Planet Earth II and working with Sir David Attenborough.

Speaking about the collaboration Sigur Rós said: “In Iceland we are blessed with a seemingly inexhaustible supply of wild and untamed places. But even here, in the very furthest flung corners of Europe’s largest wilderness, the scars of human industry are visible, the plans for future encroachments, by dam and smelter, legion. If lost the Icelandic highlands are not recoverable. Around the world the story is the same; the traffic, literally, going in one direction. Sigur Rós are proud to be associated with Planet Earth II and its all-important mission to hold us rapt in understanding of, and respect for, this endlessly fascinating, utterly surprising and ultimately fragile place we are lucky enough to call home for a short while.”

BBC Creative’s Executive Creative Directors, Aiden McClure and Laurent Simon says: “We’re honoured to be working with Sigur Rós on this campaign. Planet Earth II will be a landmark BBC series, seen around the world, and it’s fitting that audiences’ first sight of it will be accompanied by such a beautiful piece of music. We know the band don’t often share their work and it’s clear that the programme and it's subject is very close to their hearts. Everyone at BBC Creative is proud to be working with world class talent on a trail that will be seen around the globe.”

The trail will first be shown at 8pm on BBC One at Sunday 9 October. Planet Earth II will be broadcast in November 2016.