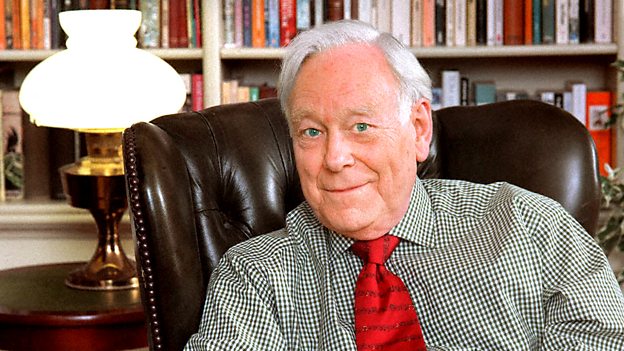 Desmond has made a huge contribution to BBC Radio as part of his remarkable 70-year career. He is a natural broadcaster who exudes great charm, and his weekly programme brings joy to listeners both at home and around the world. On behalf of everyone at Radio 2, the BBC and all of his millions of listeners, I’d like to thank him for his incredible service and wish him well.Tony Hall, BBC Director-General

Category: Radio 2
BBC Radio 2 presenter Desmond Carrington today announced that he is to step down from his presenting duties on the network.

The legendary broadcaster, who began his weekly Radio 2 broadcasts in 1981 and celebrated his 90th birthday in May, will present his final edition of The Music Goes Round on Friday 28 October from 7-8pm, which will feature some of his favourite songs and artists.

Bob Shennan, Controller of Radio 2, says: “I want to thank Desmond for his extraordinary contribution to Radio 2 over four decades. He is a unique broadcaster and has always been a central character in the Radio 2 family. We will miss him, as will his adoring audience.”

Tony Hall, BBC Director-General, says: “Desmond has made a huge contribution to BBC Radio as part of his remarkable 70-year career. He is a natural broadcaster who exudes great charm, and his weekly programme brings joy to listeners both at home and around the world. On behalf of everyone at Radio 2, the BBC and all of his millions of listeners, I’d like to thank him for his incredible service and wish him well.”

Signing off tonight's (Friday 30 September) The Music Goes Round, Desmond Carrington said: “And there we are; that is all for tonight's programme, which now goes to Radio 2's iPlayer, staying there for a whole month. And now for a bit of difficult news, my friends. I wasn’t too well after my 90th birthday and it has been a bit difficult to carry on with the 36 happy years I’ve had making ‘the music go round’, so reluctantly – but I hope sensibly – I’m going to hang up my headphones at the end of October and say ‘enough is enough’. Seventy years on the air since 1945 isn’t a bad record, and it is now time to welcome someone younger.

“So I have another four Friday editions of The Music Goes Round left for me to enjoy during October and I do hope you'll be able to join me for each one of them. In the meantime, my grateful, grateful thanks to producer Dave Aylott and thank you for having us at your place. As for Golden Paws Sam, his days of singing to a pussycat audience are gone now but he still has human admirers, and he knows it. Join us all again please next Friday here on BBC Radio 2. So, bye just now from Desmond Carrington.”

Desmond is retiring due to ill health, having battled cancer and Alzheimer’s disease for several years. He suffered a second heart failure on Christmas Day 2015 and was operated on within two hours. He was back behind the microphone just 10 days later with neither Radio 2 management nor his audience aware of what had happened.

Desmond said: “I’m eternally grateful to the superb doctors and nurses of the Scottish NHS for saving my life.”

Following Desmond’s final show, from Friday 4 November, a series of Sounds of the 50s, hosted by Leo Green live in the studio, will be broadcast until Friday 30 December.

A professional actor from the age of 16, Desmond began his broadcasting career in 1945. After a spell in Northern Ireland, he was posted to an Officers’ training school in Mhow, India, where he was eventually commissioned. Hearing some programmes from a British Forces Broadcasting station, Radio SEAC, based in Colombo, Ceylon (Sri Lanka), he managed to get posted there as Lieutenant Carrington, Royal West Kent Regiment. The first person he met when he arrived at the station was Petty Officer David Jacobs with whom he shared almost exactly the same age and both had birthdays four days apart in May. They became good friends and their careers continued on parallel paths, including both working at Radio 2. David sadly passed away in 2013.

On Desmond’s demobilisation and return to Britain in late 1946, he picked up his acting career and appeared in stage shows and several short films including ‘Calamity the Cow’ which also starred a very young Phil Collins. He was first heard on BBC Radio in 1946 as a member of the BBC Drama Repertory Company; while as an independent producer he started to make programmes on tape for Radio Luxembourg and the BBC. In the 1950s, he devised and contributed weekly to the BBC radio series Movie-go-Round and he acted in TV plays followed by a decade of theatre, film, TV and radio work. This led to Desmond landing the part of "heart-throb" Doctor Anderson for six years in ITV's 1960s medical soap opera, Emergency Ward 10, which drew audiences of 19 million viewers.

More TV and theatre work followed. In the 1960s and 70s Desmond spent seven years presenting the Daz ‘Swap’ TV adverts, made guest appearances on TV quiz shows, dramas and music programmes. He was one of the regular presenters of the daily series Album Time on the BBC Light Programme, as well as the record request show Housewives' Choice. He also presented many live broadcasts of popular orchestral concerts from venues throughout Britain during the 70s and 80s and he compered the Mountbatten Festival of Music at the Royal Albert Hall from 1991 to 2002.

Desmond continued his theatre work and was now able to choose his stage play roles. His favourite was playing King Edward VIII in Royce Ryton’s Crown Matrimonial in the 1970s, which won Desmond great acclaim when he toured the play in theatres across the UK. Other notable performances included leading roles in Alan Bennett’s The Far Country and Joe Orton’s What the Butler Saw.

Desmond’s weekly Friday evening programme, The Music Goes Round, has been broadcast on Radio 2 for 36 years. The show, which was originally called All Time Greats, first aired on Sunday 4 October in 1981 with Desmond as presenter. Already a successful broadcaster, he was chosen to front the new hour-long record show at Sunday lunchtimes for a three-month stint. The series was a hit and the run was extended.

In 2004, All Time Greats moved to Tuesday evenings under the new name of The Music Goes Round. The programme now airs at 7pm on Friday evenings where Desmond guides listeners through an eclectic mix of records, both new and old. Each week’s playlist reflects a theme and includes relevant tracks featuring everything from ballads to Big Band, rock to reggae, psychedelia to swing and everything in-between. In what must be one of the most extensive and wide-ranging personal record libraries, Desmond has over 250,000 tracks, built up since the 1940s and spanning every genre of music. Originally pre-recorded, Desmond began to broadcast live from home on the day Princess Diana died (31 August, 1997) after agreeing with Jim Moir, then Controller of Radio 2, that the pre-recorded programme wouldn’t be appropriate given the day’s tragic events.

His warm tones and informative chat have been welcomed by people of all ages both in the UK and around the world, as hundreds of letters and emails to the show bear witness. Since 1997, the series has been an independent production which Desmond, and his producer Dave Aylott, broadcast from Desmond's home in Perthshire, Scotland. He closes each show with a signature thank you to his listeners and producer, and a reference to the antics of his much-loved Abyssinian cat, “Golden Paws Sam, the Number One Puss Cat” before delivering his trademark sign off “Bye just now from Desmond Carrington”. 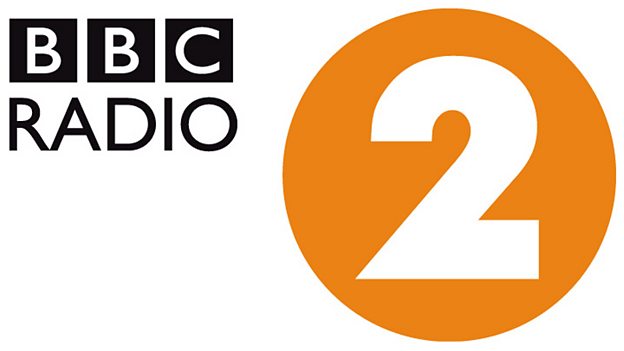