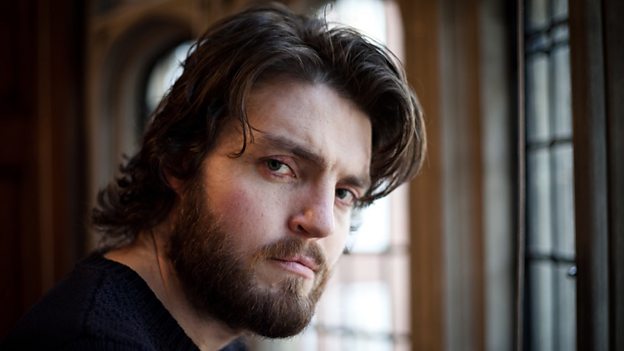 I'm thrilled about the casting of Tom Burke, a massively talented actor who'll bring the character to perfect life.J.K. Rowling

British actor Tom Burke has been cast to star as Cormoran Strike in a major new TV series for BBC One.

The Strike Series is based on J.K. Rowling’s bestselling crime novels, written under the pseudonym Robert Galbraith. The Cuckoo’s Calling (3x60 minutes), The Silkworm (2x60 minutes) and Career Of Evil (2x60 minutes) will be produced as three separate event dramas and are set to begin shooting this autumn in London. The casting announcement was made today by BBC One and J.K. Rowling’s production company Brontë Film & TV.

Burke, who most recently starred in BBC’s epic War And Peace as Fedor Dolokhov and in The Musketeers as Athos, will play Strike, a war veteran turned private detective operating out of a tiny office in London’s Denmark Street. Though he’s wounded both physically and psychologically, Strike’s unique insight and his background as an SIB Investigator prove crucial in solving three complex cases which have eluded the police.

"I'm overjoyed to be immersing myself in the role of Cormoran Strike, who is as complex as he is larger than life,“ says Burke. "I know I’m joining an extraordinary team of people on a series that for me is peppered with moments of real emotional depth and meticulously grounded in the page-turning momentum of these novels. Cormoran’s world is rich and raw.”

“I'm thrilled about the casting of Tom Burke, a massively talented actor who'll bring the character to perfect life,” says J. K. Rowling. “Cormoran Strike is pure joy to write and I can't wait to see Tom play him.”

“Tom Burke has all the talent, depth and versatility needed to take on the mantle of Cormoran Strike,” says Executive Producer Ruth Kenley-Letts. “He’ll bring his own particular wisdom, charisma and emotional complexity to the part. We couldn’t be more thrilled to be working with him.”

Lucy Richer, BBC Acting Controller of Drama, says: “Tom Burke is the perfect person to bring to life the lead character of Cormoran Strike from these investigative crime stories which are the work of a master storyteller. Readers have fallen for Strike and I think the television audience will too.”

This marks a continuation of the BBC’s relationship with Brontë Film and TV and J.K. Rowling. Brontë Film & TV produced J.K. Rowling’s The Casual Vacancy, a three-part serial, which aired on BBC One in 2015.

The Cuckoo’s Calling was published to critical acclaim in 2013 and went on to be a global bestseller, followed in 2014 by The Silkworm and Career Of Evil in 2015. All three books were number one Sunday Times bestsellers in both hardback and paperback and Little, Brown has sold in total over four million copies worldwide across all editions.

Cormoran Strike is one of the most memorable and distinctive detectives in crime fiction today and Robert Galbraith is among the genre’s most celebrated writers, shortlisted for the prestigious CWA Gold Dagger in 2015 and the Theakston Old Peculier Crime Novel of the Year in 2016.