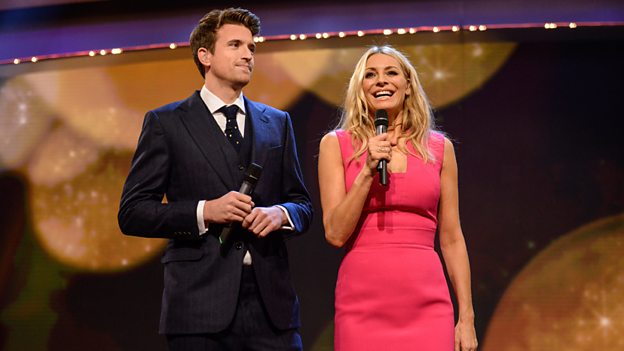 The remarkable generosity shown, and the amazing total raised, will go on to help change the lives of disadvantaged children and young people all across the UK. Thank you!Simon Antrobus, Chief Executive, BBC Children in Need

Live on BBC One and Two from 7.30pm on Friday until the early hours of Saturday morning, the 2016 Appeal show marked the crescendo of this year’s fundraising activities for BBC Children in Need, with a special night of family entertainment to help raise money for disadvantaged children and young people right here in the UK.

TV favourites Greg James and Tess Daly (pictured) kicked off proceedings, before Graham Norton and Ade Adepitan took over ahead of Rochelle and Marvin Humes. All six presenters saw the stage come to life with performances from Little Mix, Zara Larsson, Busted, David Brent, and Craig David - as well as from the cast of Strictly, EastEnders, Aladdin and Motown. The show also featured a Fantastic Beasts special, a kids edition of Would I Lie To You, an exclusive preview of the Dr Who Christmas Special, a Citizen Khan vs Citizen Kane sketch and a Call The Midwife Christmas clip.

Matt Baker and six young people who have all benefited from BBC Children in Need funding were welcomed home by Alex Jones, after they cycled the length of the country, from Jedburgh to New Broadcasting House, as part of The One Show’s Rickshaw Challenge finale - raising an amazing £3,565,044 along the way.

Celebrities including Nadiya Hussain, Len Goodman, James McAvoy, Matt Baker, Eddie Redmayne, Michael Sheen, Sheridan Smith, and Ellie Simmonds reminded the country about where their money goes with stories of the children and young people who have received support from BBC Children in Need funded projects, thanks to the generosity of people across the UK and their fundraising efforts.

The Radio 2 team announced their fundraising total for 2016, a phenomenal £5,813,784. The staggering amount of money was raised after a series of fundraising activities including Chris Evans’ extraordinary auction prizes, Carfest, and some of the station’s biggest names lending their support to raise money for the Charity. The totals for DIY SOS: Million Pound Build for BBC Children in Need and Countryfile were announced as £347,486 and £2,607,182 respectively.

A special thank you went out to school children across the UK who have pulled out all the stops in their ‘Spotactular’ fundraising and are currently on track to raise an incredible £5million.

Poignantly, the inaugural Sir Terry Wogan Fundraiser of the Year Award - an accolade for the Charity’s fundraisers, of whom the late Sir Terry was a huge champion - featured for the first time. The award was given to 11 year-old Lauchlan who, in his sixth year of fundraising for BBC Children in Need, performed as a living statue in shopping centres across Central Scotland.

Other highlights of the extravaganza included:

Simon Antrobus, Chief Executive of BBC Children in Need, says: “Everyone should feel really proud. The remarkable generosity shown, and the amazing total raised, will go on to help change the lives of disadvantaged children and young people all across the UK. Thank you!”

Tonight’s total represents an exciting culmination of fundraising activity for BBC Children in Need - but this evening’s total will continue to rise as the money pours in from the thousands of events already held, or scheduled to happen, across the UK. And it's not too late to get involved!

BBC Children in Need’s vision is that every child in the UK has a safe, happy and secure childhood and the chance to reach their potential. We will realise this vision by supporting, promoting and publicising work that addresses the challenges that children and young people face and work that builds their skills and resilience. We use the money we get to support projects working with disadvantaged children and young people right here in the UK.

We are currently supporting over 2,400 projects that are working with children facing a range of disadvantages for example, poverty and deprivation; children who have been the victims of abuse or neglect or disabled young people.

Pictures available from bbcpictures.com - search for Children in Need 2016 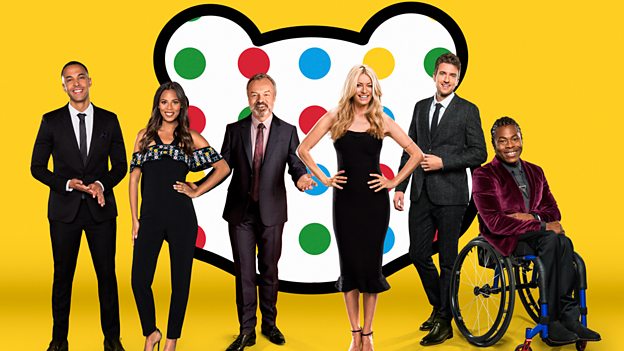