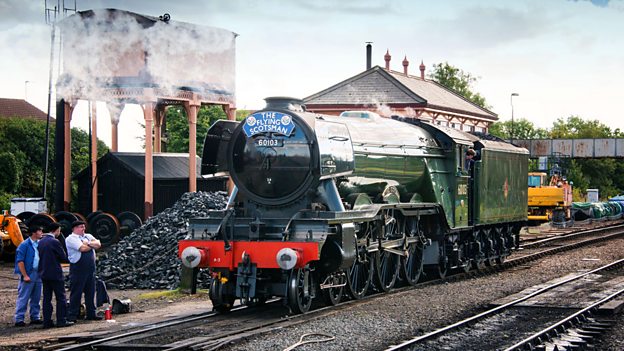 Category: BBC Four; Entertainment; Comedy; Factual; Commissioning
Cassian Harrison, Channel Editor, BBC Four today announced a range of ambitious new commissions including new comedy starring Miriam Margolyes; the return of slow TV with a very special journey on the footplate of the Flying Scotsman; new science content revealing how to make the perfect pop song and taking a look at a typical English garden as you’ve never seen it before; and new series from Lucy Worsley and Andrew Graham Dixon.

Cassian Harrison says: “BBC Four offers viewers content with depth, wit and verve that you just won’t find anywhere else. From the hugely talented Frog Stone and Miriam Margolyes in a terrific new comedy for BBC Four to Chris Packham revealing the life and death struggle in our back gardens and Professor Armand Leroi and Trevor Horn coming together to explore the science of the perfect pop song BBC Four has a wide range of surprising and innovative content to look forward to in the new few months. And who could resist our very special Christmas treats, a Slow special in the driving seat of the Flying Scotsman and the return of iconic 80s music show, Pop Quiz.”

All titles are working titles 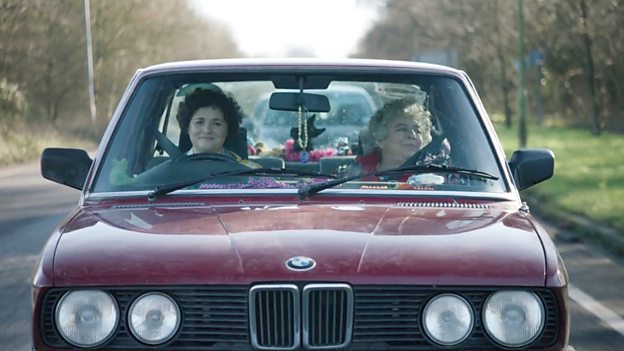 Bucket is a brand new, bittersweet comedy written by and starring Frog Stone, with Miriam Margolyes playing her mother.

Fran (Frog Stone) is a reserved, high school history teacher in a rut. Mim (Miriam Margolyes) is an eccentric free spirit who believes 70 is the new 40. They are also mother and daughter and their relationship is not exactly easy. But when Mim reveals she is dying and wants to go on a road trip to tick items, one by one, off her preposterous bucket list, Fran feels that she has no choice but to come along for the ride.

BBC Four viewers can sit back and enjoy a sixty minute trip from the driving seat of the Flying Scotsman, with a signal-by-signal guide to life on the footplate of the nation's favourite steam engine. In a special one-off slow tv treat for Christmas, the crew take locomotive 60103 down the Severn Valley Railway, cutting through stunning landscapes on a journey from Bridgnorth to Kidderminster, in the midlands of England.

Commissioned by Clare Paterson, Commissioning Editor, Documentaries. It is being made by Roger Keech Productions Ltd.

BBC Four revives classic 80s music programme, Pop Quiz, for two seasonal specials. Hosted by original presenter Mike Read, these new programmes will once again pit two teams of pop stars from the 80s against each other over several rounds of musical mirth for a festive retro treat.

The Garden – Life and Death on your Doorstep

Take a typical English garden, complete with a lawn, flowerbeds, trees, pond and compost heap. It’s a familiar setting . . . or so you might think. Look a little closer and you’ll discover a microcosm of Planet Earth – where life and death struggles between predator and prey rival the dramas that play out on the African Savannah. It’s an extraordinary world where every form of life - from the plants in the ground to the birds in the trees - is delicately balanced.

This ambitious new 1x90 programme presented by Chris Packham will follow the action as it unfolds over an entire year in four neighbouring English back gardens in Welwyn Garden City. The multiple cameras will reveal compelling natural history and hands-on science.

The hidden camera-rig will capture the constantly changing cast of critters that come and go throughout the year, and reveal the secret drama that takes place unnoticed in gardens all around the country.

Commissioned by Tom McDonald, Head of Commissioning, Natural History and Specialist Factual; the Commissioning Editor is Craig Hunter. It is being Produced by Tom Cook and Executive Produced by David Dugan for Windfall Films (part of the Argonon Group). 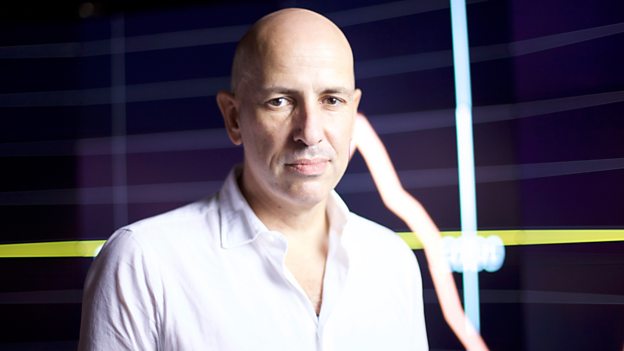 The Science of Pop – Can you find the Perfect Pop Song?

BBC Science in collaboration with BBC R&D and BBC Music

Can science find the perfect pop song? Using big data analysis of British pop music over the last 50 years, this special programme will uncover the major evolutions in chart music, and find out whether hit songs can be reduced to numbers and formulae – then put the results to the ultimate test.

Last year, Armand Leroi, Professor of Evolutionary Biology at Imperial College, published a remarkable study on the evolution of popular music in the USA 1960-2010. This was the first time the large scale patterns of pop music had been statistically analysed – and the results hit the headlines.

Now, Armand is embarking on a second analysis, this time of British pop music, in a piece of research specially commissioned by BBC Four.

Once the results are in - he will work together with hit producer Trevor Horn and his band to see if they can produce a hit single with the help of science.

Lucy Worsley explores how the history of three of Britain's founding national events are in fact carefully crafted mythologies. The Wars of the Roses, the Glorious Revolution and the creation of the British Raj are all revealed as carefully-constructed narratives created by the victors at the time and embellished by historians, novelists and film-makers ever since.

Commissioned by Mark Bell, Head of Commissioning, Arts. The Executive Producer is Chris Granlund and the Series Producer is Nick Gillam-Smith, BBC Studios

Andrew Graham Dixon presents the 3 x 60 Art of France for BBC Four, taking viewers on a stunning visual journey through French Art history; from French gothic and Enlightenment via Versailles, to French Revolution and national collapse in 1870 and 1871, and finally, in episode three, to the rise of impressionism and existentialism.