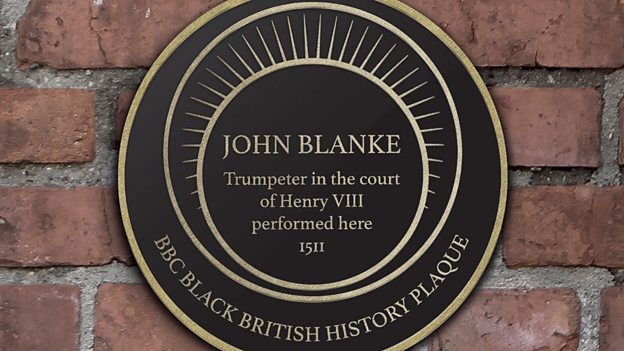 Following the success of last year’s Britain’s Forgotten Slave Owners, I’m delighted that David Olusoga is working again with BBC Two on a subject no one else has ever attempted before at this scale for TV - with ambition, journalistic revelation and proper insight.Kim Shillinglaw, Controller, BBC Two and BBC Four

Category: BBC Two; Factual; Commissioning
Written and presented by acclaimed historian and broadcaster David Olusoga, A Black History Of Britain is a fresh approach to history and a lively national event. It demonstrates how black history has shaped our world and puts BBC Two at the heart of a moment of national historical reassessment.

David Olusoga's re-telling of our history is a rich and revealing exploration of the extraordinarily long relationship between the British Isles and the people of Africa. Reaching as far back as Roman Britain, David reveals that black British history is an epic, sweeping story - a story that in many ways touches us all.

In the four films, over 20 specially designed  BBC Black History plaques will be unveiled at locations across Britain, former colonies and the Commonwealth. The plaques will record and celebrate people and events that are pivotal to this new history, providing enduring symbols of the series.

The BBC is working with Black Cultural Archives to encourage further research to uncover, preserve and celebrate the history of African and Caribbean people in Britain. The BBC's Black History of Britain team is also working with a range of heritage organisations with a view to helping community groups to uncover more chapters in black British history across the UK.

David Olusoga says: “This series will unveil a new type of black British history, because to me black history is everyone’s history. It's the long, often tragic and always surprising story of Britain’s relationship with Africa and her peoples. It’s a history that takes place here in Britain but also in Africa and across the Caribbean and North America, and most of it is little known. But it's also the story of those periods in our past when the rights, status and humanity of black people were among the big issues of the day, issues that helped shape the whole country and the empire. I'm really excited about presenting a black history that is a major part of the story of all us.”

Kim Shillinglaw, Controller of BBC Two and BBC Four, says: “BBC Two has a special role to play in showing inspiring and informative television that no-one else would make. This important series will tell a new story of Britain, bringing to light tales that have never been told before and changing the way we all see our national story. Following the success of last year’s Britain’s Forgotten Slave Owners, I’m delighted that David Olusoga is working again with BBC Two on a subject no one else has ever attempted before at this scale for TV - with ambition, journalistic revelation and proper insight."

Paul Reid, Director of Black Cultural Archives, says: “Black Cultural Archives are thrilled to partner with the BBC on A Black History of Britain. Our mission is to collect, preserve and celebrate the histories of African and Caribbean people in Britain. This exciting series will uncover the less-known historical narratives, providing an insight into the Black presence in Britain and documenting the richness of British history. As one of the leading archives specialising in Black British history and culture, we know we have an important role to play and significant contributions to make. Through academic research, digging deep into the archives and unearthing these histories together, we will piece together a fascinating story of Britain.”

With an exploration of the medieval imagination, the Domesday book, as well as Shakespeare’s Othello and his eulogy to black female beauty, David will find out how the lives of black and white Britons have been intimately entwined for centuries.

Drawing on new genetic and genealogical research, original records, expert testimony and contemporary interviews, David will skilfully build a dazzlingly different national narrative filmed in the UK, Africa, the Caribbean and the USA. We will learn of the African soldiers who guarded Hadrian's Wall in the third century AD, the black sailors who fought under Nelson at Trafalgar, Queen Victoria's African goddaughter and the Lancashire cotton workers who supported the abolition of American slavery even when doing so put them on the bread line.

This is a history full of surprises, scandal and contradictions. It will be bristling with emotion, discomforting facts and controversy. The series will confront taboo subjects that are rarely explored - revealing how the Stuart kings were among Britain’s first big slave traders, and confronting the fact that many African kingdoms grew rich by trading in slaves.

These lost histories will be uncovered and re-told in a dynamic and surprising new way. The series aims to overturn the image of black history as a marginal side-bar to mainstream history with new, dramatic and at times shocking chapters from our collective past.

After transmission, viewers will be invited to research and nominate further people and events for addition to a Black History Trail. More plaques will be unveiled, forming a unique heritage trail and a lasting legacy for the series. The broadcast programmes and plaques will be supported by equally ambitious digital content, including an interactive map of the Black History Trail.

The series will sit alongside other programmes (to be announced), whose shared theme will be to uncover lost, distorted or forgotten stories of Black Britons and the Black British experience. The range of bold and vibrant stories will cast fresh light on historical and contemporary Black British life, celebrating the fact that we are telling stories not made public before.

A Black History of Britain was commissioned by Martin Davidson and Fatima Salaria in BBC History Commissioning; the executive producer will be Chris Granlund for BBC Production.