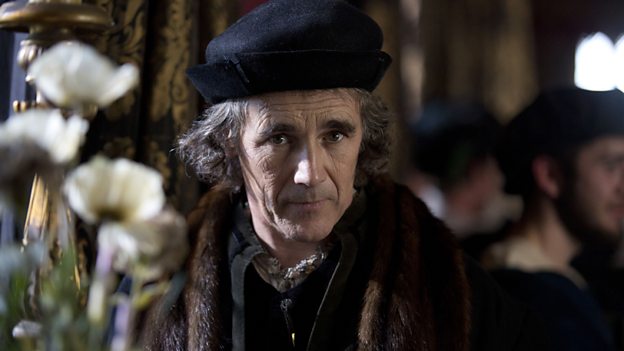 It was both a privilege and a pleasure to have Wolf Hall - with all its grown-up, rounded, rich, human texture - on BBC Two and I am so pleased that the audience has responded to it in such a remarkable way.Kim Shillinglaw, Controller, BBC Two

The adaptation of Hilary Mantel's Booker Prize-winning novels has become BBC Two's highest rating drama series in at least 13 years (since records began) - receiving a consolidated average audience of 4.4 million viewers and 15.8 per cent share across the six episodes.

Peter Kosminsky, BAFTA-winning director, says: “I grew up in a three channel era when you really could say that a significant proportion of the population was simultaneously watching the latest TV drama. It’s therefore such a thrill to learn today that Wolf Hall has broken BBC Two’s own 'box office record’. Many millions of people made the choice to watch a difficult, challenging, highly political drama that only the BBC could make. I think that bodes well for the future.”

Kim Shillinglaw, Controller of BBC Two, adds: “It was both a privilege and a pleasure to have Wolf Hall - with all its grown-up, rounded, rich, human texture - on BBC Two and I am so pleased that the audience has responded to it in such a remarkable way. Enabling programme makers to produce their very best, most authored work is exactly what I want BBC Two to do and I’m delighted that the Wolf Hall team achieved it so magnificently."

Wolf Hall stars the multi-award-winning actor Mark Rylance as Thomas Cromwell and Emmy-nominated Damian Lewis as Henry VIII, alongside a stellar cast line-up. The flagship drama charts the meteoric rise of Cromwell in the Tudor court, from his lowly start as a blacksmith's son to Henry VIII's closest advisor. Claire Foy plays the calculating and ambitious Anne Boleyn in the six-part series written by Oscar-nominated Peter Straughan.

Polly Hill, BBC Head of Independent Drama, says: "We are so proud to have been able to bring this stunning adaptation to BBC Two. I would like to thank everyone involved for bringing Hilary Mantels wonderful, complex novels to screen in such a magnificent way. It is exciting to see the audience respond to it and embrace it, in such significant numbers."

Wolf Hall was commissioned by Ben Stephenson, Controller of BBC Drama and is a co-production of Company Pictures (Elizabeth I, Shameless, The Devil's Whore, The Shadow Line) and Playground (The White Queen, Dancing On The Edge, Dracula) - the US company helmed by Colin Callender - for BBC Two and MASTERPIECE in association with BBC Worldwide, Prescience and Altus Productions.

Wolf Hall is the biggest new drama series on BBC Two under the current measuring system (going back to 2002). The consolidated series average is 4.4 million and 15.8 per cent share.