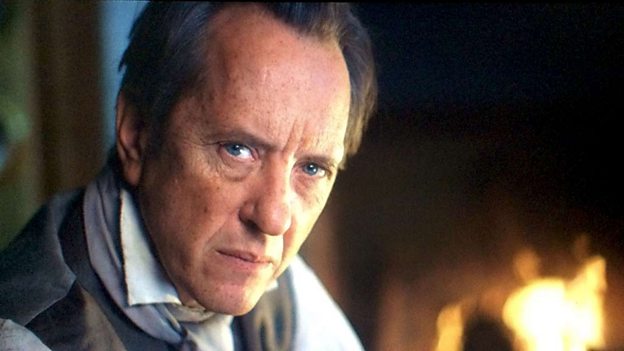 It’s been an honour to be able to play the Duke of Wellington in this dramatic retelling of his personal accounts. I’m thrilled the BBC is commemorating this important part of our history and that I could be a part of it.Richard E Grant

Category: BBC Two; Radio 4; Factual; Casting; Drama
As part of its plans to mark the 200th anniversary of the Battle of Waterloo, the BBC today announced that acclaimed actor Richard E Grant will play the Duke of Wellington in a revealing biographical drama documentary, Wellington: The Iron Duke Unmasked for BBC Two.

Richard E Grant says: “This is a part of European history that I’ve always wanted to know more about. It’s been an honour to be able to play the Duke of Wellington in this dramatic retelling of his personal accounts. I’m thrilled the BBC is commemorating this important part of our history and that I could be a part of it.”

Other programming highlights to mark the anniversary include a three-part series about Napoleon presented by historian Andrew Roberts for BBC Two; a new play by Mike Walker for BBC Radio 4 set in the two days running up to the battle, an iWonder guide with a blow-by-blow account of the battle as it happened and Max Cotton presenting Vive l’Empereur! for BBC Radio 4 – a look inside the world of Napoleonic re-enactment, as thousands of men and horses gear up to recreate the Battle of Waterloo this June.

Martin Davidson, BBC Head of Specialist Factual Commissioning, TV said: “The Battle of Waterloo was one of the most important battles of the 19th century and these programmes across the BBC promise to both mark this significant anniversary and help viewers gain a greater understanding of this defining moment in our history.”

The Duke of Wellington was the most famous Briton of the first half of the 19th century. His victory over Napoleon at Waterloo in 1815 altered the course of history. The hero of Waterloo became a towering figure in British history for both his achievements and for embodying our notions of Britishness – the stiff upper lip, unfussy straightforwardness, incorruptibility in office – he was the Iron Duke.

This new documentary drama will look behind the iron mask and focus on the intriguing complexities of the Duke of Wellington - the man - his character, personality and relationships, told through his own words, and the words of those who knew him best. General, politician, lover, outsider – the programme discovers that the hero of Waterloo was far more complex than his public image.

Drawing on his own vast, private correspondence, as well as the diaries and memoirs of those around him, this biographical film will use dramatic reconstruction to create an intimate portrait of the Duke of Wellington, who will be played by Richard E. Grant (Withnail and I, The Iron Lady, Jekyll and Hyde).

In a new three-part series, Napoleon historian Andrew Roberts sets out to shed new light on the emperor as an extraordinary, gifted military commander and a mesmeric leader whose private life was littered with disappointments and betrayals.

Andrew Roberts walks the major battlefields of Europe, from Borodino to Waterloo, whilst detailing key turning points which helped shape European history. Along the way he’ll build up a personal picture of how these great battles were fought as well as detailing Napoleon’s genius as a military leader.

The series also paints a controversial portrait of the Emperor, a man demonised as a dictator as ruthless as Hitler. But rather than be remembered as the demon of history and a man responsible for the deaths of hundreds of thousands of soldiers, Napoleon was also the man responsible for securing the success of the French Revolution and who put in place many of the features of the modern state.

Andrew Roberts travels through the history and geography of Europe bringing this story vividly to life as he retraces the footstep of this legendary leader.

Hailed a hero after the battle of Waterloo, Wellington returned to politics and became Prime Minister in 1828. But, as Rosalyn Ball reports, the Duke soon found that Westminster could not be run like a military campaign. His backing for Catholic Emancipation split his party – while his opposition to wider political reform led to riots in the streets.

As thousands of men and horses gear up to recreate the Battle of Waterloo for its bicentenary in June, Max Cotton goes inside the world of Napoleonic re-enactment.

The real fighting may have stopped 200 years ago, but the skirmishing over the battle’s authentic recreation and its political meaning intensifies. Max meets the re-enactors as they prepare for their biggest ‘battle’ in the fields and villages south of Waterloo.

It is a tale of genuine passions and obsessions. Max explores the difference between ‘stitch-counters’ and ‘FARBs’, discusses the rival merits of those who seek to play Bonaparte (and meets the real version), and discovers the subtle diplomacy surrounding the bicentenary, as ambassadors across Europe work hard to make sure the British aren't offended, the French turn up and no-one is humiliated.

Historian Andrew Roberts presents a series, recorded partly on location in Paris, that repositions Napoleon in the public imagination by busting a few myths about the great soldier-statesman.

Most importantly the series dismantles the idea in post-war historiography of Napoleon as the proto-Hitler. It suggests instead a decisive, modernising Enlightenment leader whose legacy still informs much of French education and administration today.

In particular the series looks at myths about Napoleon the man: that he was a short, rough Corsican, given to vendettas – wrong; that he was a warmongering tyrant, cruel and ruthless – wrong; that pride led him to Russia – wrong; that he and Josephine were ideal lovers – so wrong; that he was poisoned on St Helena in the end – absolutely not; and that he deserved to lose at Waterloo – well maybe, but that shouldn’t detract from his reputation as one of the great military leaders of modern times.

Two days before the Battle of Waterloo, the Duchess of Richmond decides to give a grand ball. Against all seeming common sense, the Duke of Wellington agrees.
As the Duchess prepares for the event, the drama follows two young officers, the Duke himself and ordinary soldiers, young women, musicians, chefs, diplomats, the Duke of Richmond and the wily Prince Tallyrand, the trickiest diplomat in Europe, whom Napoleon famously described as “shite in a stocking”. As the tensions rise, the clock ticks and the dancing commences: some are brought together, some are separated, but no-one knows what will happen, or even when it will happen. There is hope, conflict, romance and despair. The Duke alone realises that the most important thing is morale and that the ball must go on until the last moment… and then battle will begin. And throughout it all Tallyrand, who has seen it all before, passes cynical comments upon the proceedings… knowing that, as always, lives will be cut short for political ends.
Mike Walker’s new play, based on historical fact, delves into the hearts and minds of the ball’s participants to give a vivid portrait of those about to embark on one of the most famous battles in history.

The BBC has created a timeline of the 'day that decided the fate of Europe', with a blow-by-blow account of the battle as it happened. To visit the timeline, see: bbc.co.uk/timelines/zwtf34j