British identity at the heart of Radio 4’s We British: An Epic In Poetry 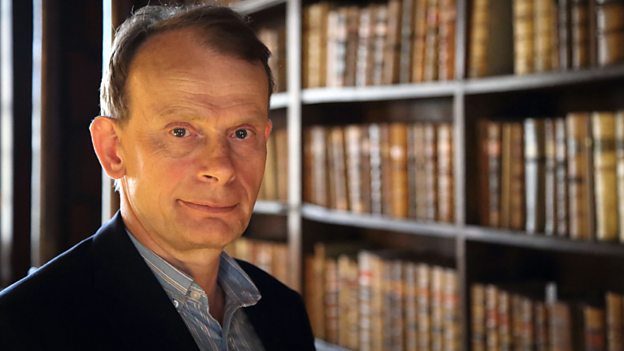 I hope listeners will join me on this day to celebrate British poetry – the most beautiful and intimate of written records.Gwyneth Williams, Controller, Radio 4

Category: Radio 4
Andrew Marr and some of Britain’s most loved poets will mark National Poetry Day on BBC Radio 4 as We British: An Epic In Poetry tells the story of Britain through its poetry – from the earliest verses ever written on the British Isles to some of the latest.

Exploring what it means to be British today, the landmark celebration of poetry will be launched on Monday by the BBC’s Director General Tony Hall, together with Radio 4’s Controller Gwyneth Williams, at a season launch previewing the network’s ambitious and wide-ranging upcoming programmes.

Radio 4 will also be broadcasting a unique poetry commission, New Lyrical Ballads, this autumn and the two unique initiatives will form a key part of the BBC’s forthcoming poetry season. Full details of the season will be announced later in the year.

We British: An Epic In Poetry

On Thursday 8 October, Radio 4 will reflect and explore British history and identity through poetry – from the medieval church, the court of Henry VIII, the Civil War and Restoration to the Industrial Revolution, the Slave Trade, the Victorian Empire, mass immigration and the two World Wars.

Throughout the day, Andrew will weave his way through the Radio 4 schedule with a series of readings, archive material, interviews and conversations. He’ll be joined by leading actors, including Dominic West, Harriett Walter, Charles Dance, and Fiona Shaw, and poets, including Jacob Sam-La Rose, Gillian Clarke, Michael Rosen and Daljit Nagra – as well as members of the public.

Radio 4 listeners will hear the works of poets such as William Shakespeare, William Wordsworth, Christina Rossetti and Ted Hughes played out against the grandeur of British history. Andrew will take the listeners down a few roads less travelled too with poems of Anne Askew and Anne Bradstreet and anonymous medieval ballads.

Andrew and his guests will debate issues around British identity and look at how the past and present collide. They’ll examine how old poems expose the deep roots of today; how the nationalism played out in the last election was laid down in medieval ballads; and how the North-South divide, the rural/urban spilt, the ever-present contempt for politicians, the damning of celebrity, multiculturalism and suspicion of Europe can all be found in poems from the past.

Specific poems that are due to feature during the day include, among many, Walter Raleigh's ‘The Lie’, William Dunbar's ‘Lament for the Makars’ and Anne Askew's ‘Ballad from Newgate Gaol’.

Andrew Marr says: "This project brings three things together. If there is a single art which the people of these islands have excelled at, beyond all others, it is surely poetry. Poetry is the British art. Second, I've always thought there was a particularly intimate connection between poetry and radio – the murmur next to the ear, as it were. Ripping up Radio 4’s schedules for National Poetry Day seemed a rather bold and brilliant thing to do. Finally, however, a project like this needs a theme: I can't remember British history being told, in this way, through the directness of poetry. But if we want to get a real sense of what life was like in early medieval England, or how people felt about the plague or the fanaticism of the wars of religion; or the trauma of the slow decline of religion during the arrival of science, then the witness offered by great poetry is a very good way in. This was a project thought up by Radio 4, not by me, but I've been excited about it for more than a year now and I'm delighted to be playing my part."

Gwyneth Williams, Controller of Radio 4, says: “What is it to be British? In this turbulent period of our history, as we respond to globalisation and live through the rise of the East, we at Radio 4 call out to our poets through the ages for guidance. We're thrilled to have Andrew Marr presenting as we turn to bards and chroniclers, ancient and modern, to reveal our identity. We ask our poets to tell the story of who we were; how we have become who we are; and finally, to show us what it now means to be British. I hope listeners will join me on this day to celebrate British poetry – the most beautiful and intimate of written records.”

We British: An Epic In Poetry will feature on Radio 4 from early morning and will end with Andrew hosting a live poetry and music performance late in the evening from 10.45pm. From start to finish, there will be around six hours of special, live programming on air broken into various sections throughout the schedule. In addition, there will be numerous poetry and identity related explorations as part of the normal programmes.

To coincide with the day, Radio 4 will be inviting young spoken word performers to share poetry reflecting on what it means to be British. Films of these young poets and their work will be available in the run-up to 8 October on the Radio 4 website – which will also offer listeners the chance to test their knowledge of the lyricism of Dylan Thomas and Bob Dylan in a Dylan v Dylan quiz, and the chance to follow the construction of The People’s Shipping Forecast. On the day itself, the Radio 4 social media accounts will be full of content reflecting We British from a digital perspective, helping people to find and share their favourite pieces of poetry.

On 25 October and 1 November, Radio 4 will broadcast New Lyrical Ballads. The two programmes will see Britain’s current poets reading their own work inspired by Wordsworth and Coleridge’s original Lyrical Ballads – the book that is renowned for its radical preface and considered to have marked the beginning of the English Romantic movement in literature.