Filming begins on The A Word, new six-part drama for BBC One 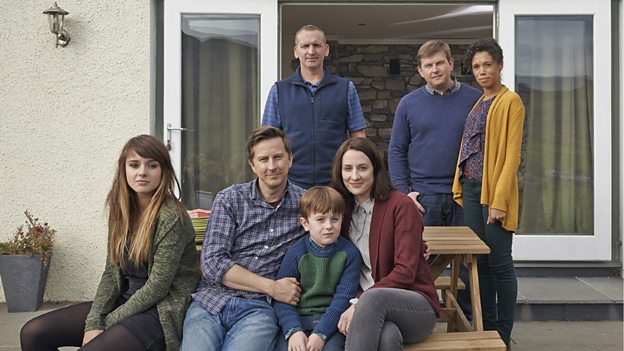 I'm very proud to be reunited with writer Peter Bowker on The A Word. This is a special job for us all. We hope the audience take us to their hearts.Christopher Eccleston

Filming has commenced on the series, which has been written for BBC One by BAFTA-winning Peter Bowker (Marvellous, Occupation, Blackpool). It will be shot on location in The Lake District and also at Manchester’s Space Project.

The series, which today announces its stellar line up - Christopher Eccleston (The Leftovers, Fortitude), Lee Ingleby (Our Zoo), Morven Christie (Grantchester), Greg McHugh (Fresh Meat), Vinette Robinson (Sherlock) and newcomer, six-year-old Max Vento - is the story of the Hughes family, who work and love and fight like every other family. Then their youngest son is diagnosed with autism and they don’t feel like every other family anymore. They realise that if their son is ever going to communicate, they are going to have to learn how to communicate themselves. It’s a funny and thought-provoking series about parenthood and childhood.

The A Word will be executive produced for Fifty Fathoms by Patrick Spence, Peter Bowker and Jenny Frayn, and by Sara Johnson and Avi Nir for Keshet. Lucy Richer will executive produce for BBC One. It is being directed by the twice Academy-nominated director Peter Cattaneo (The Full Monty, Rev) and produced by Marcus Wilson (Doctor Who, Life On Mars).

Christopher Eccleston has spoken about working on the project: "I'm very proud to be reunited with writer Peter Bowker on The A Word. This is a special job for us all. We hope the audience take us to their hearts."

Peter Bowker adds: “We have the opportunity here to make something funny, tough, realistic and inventive about contemporary family life and autism. In a society where imperfection increasingly comes with blame attached, it seems timely to look at how autism is regarded both within a family and the wider community – and to give some insight into how that experience might be for the child on the autism spectrum. It’s a drama full of ideas – about parenthood, about disability, about communication, about community – and will emphatically engage an audience whatever their experience of the subject.”

Polly Hill, BBC Controller of Drama, says: "The A Word tackles parts of life that aren't always easy and Peter has drawn on the absolute highs, lows and challenges so many families face when a child is different to other children, in a beautiful way. With Peter’s award-winning track record and history of drama tackling tough subjects, The A Word is set to be a rollercoaster of a series which is ultimately an uplifting, honest and human drama for BBC One.”

The series is based on a Keshet International and July August Productions’ series and drama format which was written and created by Keren Margalit, who will be an executive producer on the UK series.

Filming will continue until early 2016 and a late spring TX is anticipated.