BBC Proms invites the UK to join in song, as the Last Night of the Proms is alive with the Sound of Music 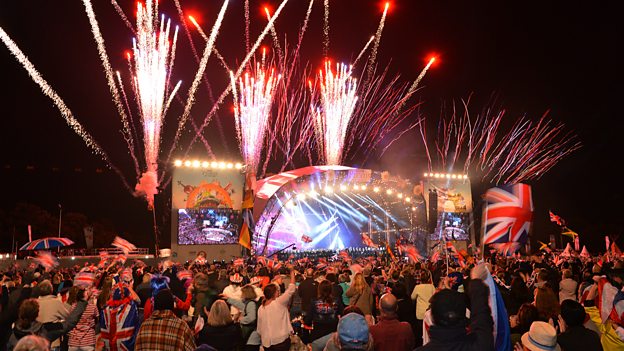 The Sound of Music is one of the all-time musical greats so I’m delighted to be inviting listeners to submit films of themselves singing Do-Re-Mi.Elaine Paige

Category: Radio 2; Radio 3; BBC One; BBC Two; Orchestras; Proms; BBC Music
The Last Night of the Proms will come alive with the Sound of Music this September, as the BBC Proms offers budding singers the chance to see themselves on BBC One, as part of a special video montage to The Sound of Music.


Announced today on BBC Radio 2’s Elaine Paige on Sunday, budding singers have until 30 August to submit their videos singing Do-Re-Mi from The Sound of Music. A selection of these entries will be included within a video montage, broadcast on BBC One as part of the Last Night of the Proms, and shown at the Royal Albert Hall and at all four Proms in the Park events across the UK on Saturday 12 September.

Elaine Paige says: “The Sound of Music is one of the all-time musical greats so I’m delighted to be inviting listeners to Elaine Paige On Sunday to submit films of themselves singing Do-Re-Mi. Break a leg guys!”

To send contributions to the Do-Re-Mi video montage, visit the Radio 2 website at bbc.co.uk/radio2 Contributions can be made individually, or as a group - and can be filmed using a camera, a smartphone or webcam. There are full instructions on the Radio 2 website, with an introduction from Rebecca Lodge from the BBC Singers to help you on your way.

Edward Blakeman, Director of the BBC Proms 2015, says: “Everyone who took part in our Mary Poppins challenge last year had such fun, and produced such a great range and variety of videos, that we couldn't resist repeating the challenge with the Sound of Music. Do, Re, Mi is one of the great show tunes, and it's about music itself - so get creative!”

The Last Night of the Proms is the finale of two months of music making from some of the greatest conductors, orchestras and soloists at the BBC Proms festival, celebrated around the world, and part of BBC Music.

Following her debut Last Night in 2013, Marin Alsop returns to the podium with the BBC Symphony Orchestra and Chorus - with highlights including a world premiere by Eleanor Alberga; Benjamin Grosvenor performing Shostakovich’s Piano Concerto No 2; performances by tenor Jonas Kaufmann and soprano Danielle de Niese - as well as traditional favourites including Pomp and Circumstance and the Hornpipe from Henry Wood’s Fantasia on British Sea Songs.

As well as the celebrations at the Royal Albert Hall, the Last Night festivities reach all corners of the UK, with Proms in the Park events taking place in London’s Hyde Park, Singleton Park in Swansea, Glasgow Green and Titanic Slipways, Belfast.

Last Night of the Proms around the UK

All four nations will come together with special joined-up moments, singing together, with all locations having their moment in the spotlight as audiences from around the UK come together to sing Aaron Copland’s I Bought Me A Cat.

There’s also afternoon entertainment from 5pm at the Park hosted by Tony Blackburn, Ken Bruce and Anneka Rice - with the confirmed line-up including Jack Pack, The Mavericks, David Garrett, and Beverley Knight & Matt Cardle with the cast of Memphis.

**Calls cost up to 5p/min from most landlines (an additional connection fee may also apply). Calls from mobiles may cost considerably more. All calls will be recorded and may be monitored for training and quality-control purposes.

In Northern Ireland, Noel Thompson and Claire McCollum present a night of music-making at the Titanic Slipways, Belfast. The Ulster Orchestra, under the baton of David Brophy, perform in a programme which combines classical and contemporary music and a few Proms surprises. Tickets were allocated by a free random ballot, and applications for tickets are no longer accepted.

In Scotland, the BBC Scottish Symphony Orchestra takes the magic of the Last Night to Glasgow Green, for a glorious night of music on the banks of the Clyde. The BBC SSO and presenter Jamie MacDougall will be joined by a host of guest performers, including Alexandra Burke. Tickets are available from bbc.co.uk/promsinthepark or by calling 0141 353 8000 costing £13.50 / £7.50 (booking fees may apply).

In Wales, opera star Rebecca Evans is set to dazzle the audience at Singleton Park, Swansea, with an evening of celebrations with the BBC National Orchestra and Chorus of Wales, conducted by Gareth Jones. Adding to the all-Welsh line-up are presenters Alex Jones, presenter of BBC One’s The One Show, and Tim Rhys-Evans of Only Men Aloud fame. Tickets are available from bbc.co.uk/promsinthepark or by calling 03700 101051 (Standard geographic charges from landlines and mobiles will apply). Advance ticket prices are £10 for adults during the month of July, increasing to £12 on 1 August until the day before the event and £15 on the day. Accompanied children 12 and under are free.

Last Night of the Proms on Television and Radio

For full details of all Proms in the Park events across the UK please visit: bbc.co.uk/promsinthepark

BBC Proms 2015
As the world’s biggest classical music festival, the BBC Proms offers eight weeks of world-class music-making from a vast array of leading orchestras, conductors and soloists from the UK and around the world. Across more than 90 concerts – and a similar number of free events designed to extend and further enrich the audience’s Proms experience – the festival aims to offer a summer of music that allows for the most diverse and exciting musical journeys. 120 years since it was founded, the driving factor in building a festival of this scale is to offer exceptional music-making at the lowest possible prices, continuing founder-conductor Henry Wood’s original ambition of bringing the best classical music to the widest possible audience. With every Prom broadcast live on BBC Radio 3 and many televised on the BBC, the Proms reaches far and beyond the Royal Albert Hall. Promming tickets are £5 for the 10th year running. Visit bbc.co.uk/proms for more information.

BBC Music
BBC Music is a new music strategy consisting of an ambitious wave of new programmes, innovative partnerships and groundbreaking music initiatives that amount to the BBC’s strongest commitment to music in 30 years. The strategy is designed to strengthen the BBC’s place as a world leader in music broadcasting and commissioning, and enhance the UK’s position as a world leader in music creation and performance. There are three core areas of activity of Emerging Talent (including Ten Pieces), Digital (developing BBC Playlister and curated collections on BBC iPlayer) and Landmark Programming – a renewed commitment to high-profile output, including BBC Music Awards on BBC One alongside more prime-time music on the country’s most popular TV channel.