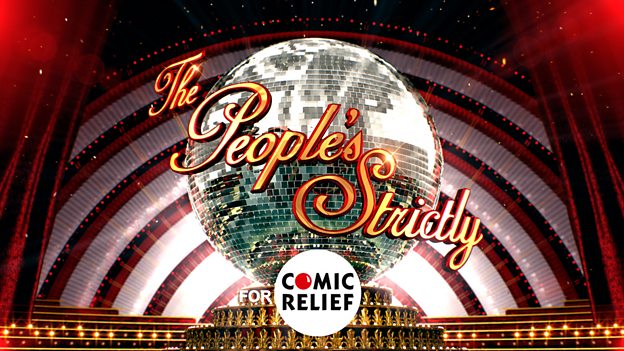 BBC One is the TV home of ballroom dancing so where better to see deserving, real-life heroes and heroines experience the sparkling joy of Strictly and all for such a great cause in Comic Relief.Charlotte Moore, Controller, BBC One

Category: BBC One; Entertainment
Six inspirational but everyday heroes and heroines have been confirmed to take part in BBC One’s The People’s Strictly for Comic Relief and fulfil every Strictly fan’s dream.

The four-part series, which will air on BBC One in the lead-up to Comic Relief 2015, follows the journey of these six extraordinary individuals as they embark on this once-in-a-lifetime opportunity. They’ll take part in their own televised Strictly experience and will perform for the nation in the famous Strictly Come Dancing ballroom.

The public nominated deserving Strictly super-fans in their thousands. Each of the lucky six contestants was selected for their tireless and selfless work which has helped change so many lives for the better.

Charlotte Moore, Controller, BBC One, says: "BBC One is the TV home of ballroom dancing so where better to see deserving, real-life heroes and heroines experience the sparkling joy of Strictly and all for such a great cause in Comic Relief."

Each contestant will be paired with a professional dancer from the Strictly Come Dancing family. They will then spend five weeks being immersed in the Strictly experience, as they prepare to become the new stars of the ballroom.

The series will consist of four pre-recorded programmes, and the first two heart-warming episodes will introduce the contestants as they get the surprise of their lives and discover that they are about to embark on an incredible Strictly journey.

The third episode will continue to follow their training and preparation as they get ready for their ballroom debut in front of the nation.

Episode four will see all six contestants compete on the famous Strictly Come Dancing ballroom, as they vie for the judges’ scores and viewers’ votes. The judges’ scores will be for guidance only, and the public will have the deciding vote.

Voting lines will open once all couples have danced and the winner of the public vote will then be crowned The People’s Strictly champion as part of the live Comic Relief show on BBC One on Friday 13 March 2015.

Further information, including full biographies and photographs will be available in the coming weeks.