Live radio is still how the vast majority of us listen but innovations like this give audiences more choice, control and convenience in how they get the radio they love.Helen Boaden, Director, BBC Radio

Category: Radio 4; Radio 2; Radio 5 Live; Radio 6 Music; Online and interactive
The BBC today launches ‘online first’ listening for selected speech-based programming from across BBC Radio, which is now being made available, online, up to seven days before broadcast.

This week, programmes from BBC Radio 2, BBC Radio 4, BBC Radio 5 live and BBC Radio 6 Music are appearing first on the station websites and in the BBC iPlayer radio app before they go out on air.

The innovation, which was approved by the BBC Trust earlier this year, is part of the BBC’s move to give audiences more flexibility in how they discover and listen to programmes. For selected series, listeners will be able to hear to a whole weeks’ worth in one go without waiting for all of them to air on the radio. Programmes can also be downloaded for 30 days to listen to offline in the BBC iPlayer radio app.

‘Online first’ will include drama, comedy and factual programming, and gives stations the opportunity to raise the profile of programmes, which some listeners may be unable to hear in the linear schedule. Titles being made available during the launch period will include Radio 4’s daily drama Home Front; a new 10-part Radio 4 series Peter Snow Returns To The Future; Radio 2’s Comedy Showcases; 6 Music’s Paperback Writers; and Raising The Bar, a new three-part series about the legal world presented by Rob Rinder on Radio 5 live.

Helen Boaden, Director of BBC Radio, says: “I’m delighted that we are developing new ways of listening that can bring our unique and brilliant speech content to an even wider audience. Live radio is still how the vast majority of us listen but innovations like this give audiences more choice, control and convenience in how they get the radio they love."

Programmes to be offered ‘online first’ in the next few weeks include:

Home Front: The seasonal drama charting the history of Great War Britain through the daily stories of ordinary people. The war has wrought terrible change: those who try to manage at home see it in each other, and those who return from the fighting are almost unrecognisable. A fiction set against a backdrop of carefully researched fact. Monday-Friday’s episodes will be made available every Monday from 12 October.

Peter Snow Returns To The Future: New 10-part series starts on air Monday 12 October. With the aid of the DeLorean time machine last deployed in Back To The Future, Peter Snow and guests go back and forward in time. But this is not just temporal tourism - each episode in this series presents a compelling thesis which connects today with the world of yesterday – or tomorrow. Guests include Alan Johnson MP, futurist Genevieve Bell and geneticist Steve Jones. Monday-Friday’s episodes available on Monday 12 and 19 October.

Voices Of The First World War: New five-part series starts on air Monday 2 November. Dan Snow brings together the sound archive collections of the Imperial War Museum and the BBC for the first time to tell the story of World War One through the voices of those who were there. In the first programme, the war gets underway with speakers' recollections of the day war broke out, their journey to France, and their first experiences of the Front. Dan Snow also explores some of the issues around oral history as evidence. Monday-Friday’s episodes available online first on Mondays from 2 November.

The Invention Of France: New three-part series starts on air Monday 2 November. Misha Glenny begins an intriguing new history of France. In the first episode, Misha explores a crucial period in France's history, when Burgundians warred with Armagnacs and the English threatened to become kings of France, until the arrival of Joan of Arc. With contributions from Helen Castor, Anne Curry, the French ambassador in London Sylvie Bermann, Desmond Seward and Professor Francoise Michaud-Frejaville. Future programmes focus on Maximilien Robespierre and Napoleon III, le petit Napoleon. Available online first on Mondays from 26 October.

Raising the Bar: New three-part series starts on air Sunday 18 October. Criminal barrister Rob Rinder demystifies the legal world. With high-profile guests from across the legal profession, he explains what a barrister really does and how they can morally defend the indefensible in the courtroom. Along with his studio guests, he aims to show how the justice system in England and Wales works compared to what we think we know from watching television drama series. Each episode available online first on Mondays from 12 October.

Comedy Showcases: Five new comedies to air on BBC Radio 2 from 16 November. The Comedy Showcases are a series of brand-new comedies especially for Radio 2, written by and featuring some of the most exciting rising stars and new faces on the comedy scene, as well as brilliant comic actors who will already be familiar to audiences. Recorded in front of a live studio audience, each half-hour episode is a standalone piece with a range of themes, from a chat show with a twist, to a couple with very different ideas on how to spend the golden age of retirement. Each episode available online first the week ahead of transmission from Monday 9 November.

Paperback Writers: 6 Music takes a closer look at the musical influences of some of the UK’s most successful novelists, and how they weave those influences through their work, featuring Stephen King (on air 1 November), Mark Billingham (on air 8 November), Danny Boyle (on air 15 November), Belinda Bauer (on air 22 November), and Nick Hornby (on air 29 November). Available online first the week ahead of transmission from Sunday 25 October. 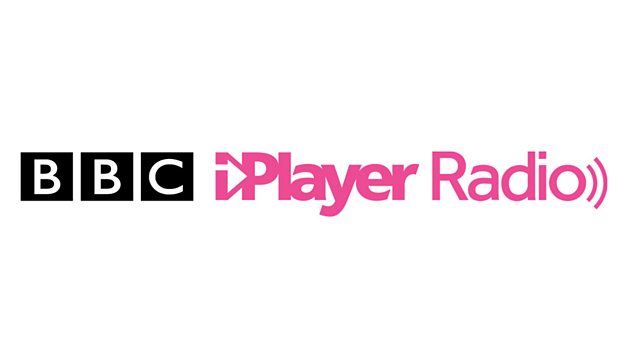