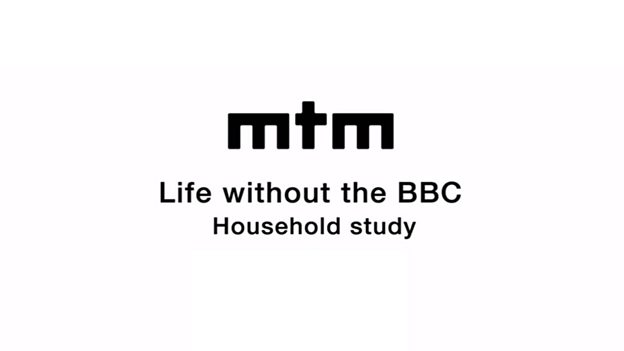 The results showed overwhelmingly that most people felt they got great value from the BBC when they came to realise the full range and breadth of what we provide – often in quite stark contrast to what they thought in advance of the experiment.Nick North, Director, BBC Audiences

To better understand the value audiences get from the BBC, we commissioned independent research agency MTM to explore what they would miss, and whether households would change their view of the BBC and how willing they were to pay the licence fee after nine days without access to any programmes and services.

Seventy households from 15 locations across the UK took part across five waves of research between July 2014 and March 2015. Nationally, seven in 10 households say that they are willing to pay the current level of the licence fee or more, so this piece of research focused primarily on the minority who say that, given the choice, they either think the licence fee is too high or they would prefer not to pay at all and not receive the BBC. Of those taking part,

All members of each household agreed to forgo BBC access across all platforms. Apps and websites were removed or blocked, TV channels locked, and pre-set radio stations changed.

After the nine-day period, participants were interviewed to see how they found life without the BBC. Towards the end of the interview, participants were handed £3.60 - the equivalent licence fee amount for the nine days. Having experienced life without the BBC, would they rather keep BBC services and pay the licence fee, or would they prefer to forgo the BBC?

Thirty-three out of the 48 households who originally said they would prefer to not pay at all and not receive the BBC, or who wanted to pay a lower licence fee, changed their minds and said they were now willing to pay the full licence fee for the BBC.

Twenty-one out of the 22 households who originally said that they were happy to pay the licence fee or more still held this view, and 15 of these households believed this even more strongly than at the beginning of the study.

Various reasons were given for people’s willingness to pay the full licence fee at the end of the exercise, including being unable to find alternatives for programmes and services they enjoy on the BBC; valuing advert-free programmes; young families not being able to find educational content to match CBBC and CBeebies; participants missing access to Red Button and BBC iPlayer, News and Sport; and an inability to find a replacement for Radio 2 with its presenters and mix of music.

More broadly, households commented on the BBC’s cultural and historical role in the UK as well as its ability to bring the nation together for Royal events and create national conversations through moments like the killing of Lucy Beale on EastEnders or the Strictly Come Dancing final.

Nick North, Director of BBC Audiences, says: “This rigorous study enabled us to follow a group of UK households through their weekly routine to explore their media habits and to identify those occasions – the big must-see shows or the small moments woven into their daily lives - where they felt a sense of loss without the BBC.

“The results showed overwhelmingly that most people felt they got great value from the BBC when they came to realise the full range and breadth of what we provide – often in quite stark contrast to what they thought in advance of the experiment.”