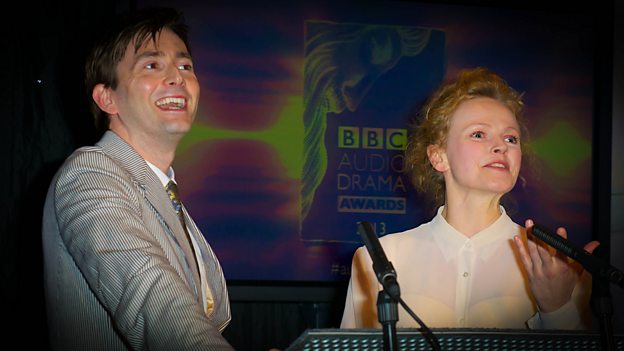 Category: Radio; Radio 3; Radio 4
Ian McKellen is up against Andrew Scott and Julian Rhind-Tutt for Best Actor, while Game Of Thrones’ Ellie Kendrick will face Mr Selfridge’s Aisling Loftus in the Best Actress category. Nominations also include Toby Jones for Best Supporting Actor and The Exorcist is in the running for Best Sound - against Ray Bradbury’s The Illustrated Man.

The awards pay tribute to the cultural importance of audio drama, on air and online, and are intended to give recognition to the actors, writers, producers, sound designers and others who work in the genre.

This year’s winners will be announced at a ceremony to be held on Sunday 1 February 2015 in the Radio Theatre at BBC Broadcasting House in central London, hosted by Helen Boaden, Director of BBC Radio. Past winners include David Tennant (Kafka: The Musical, 2012) and Andrew Scott, for Best Actor, (Betrayal, 2013); acclaimed writer Katie Hims for Best Audio Drama (Lost Property – The Year My Mother Went Missing, 2012) and Claire Rushbrook for Best Supporting Actress (King David, 2014).

This year there were more than 190 entries which have been judged by an esteemed panel including actresses Imogen Stubbs and Nina Wadia, theatre director Nicolas Kent, journalists Baz Bamigboye (Daily Mail), Jane Anderson (Radio Times) and David Hepworth (Guardian) and actors Danny Sapani and Robert Glenister.

Best Supporting Actor or Actress in an Audio Drama

The shortlist for the Imison Award for Best Radio Drama Script by a new writer is: