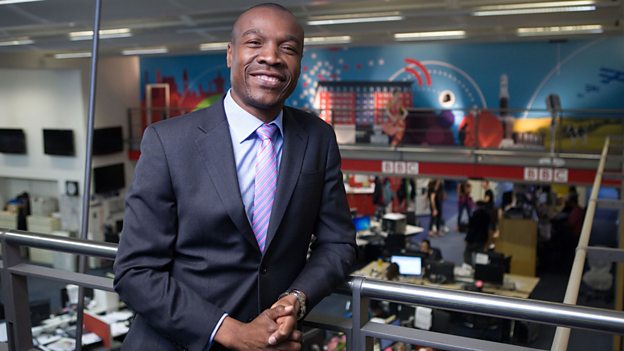 I’m delighted to be welcoming both Tunde and Alison to the BBC. They both have a wealth of experience in their fields and will bring real insight and leadership to the BBC D&I team.Valerie Hughes-D’Aeth

Category: Corporate
The BBC has today announced a series of key appointments as part of far reaching plans to make a real difference to diversity on and off air.

Alison Walsh will join the BBC as Disability Lead, as part of a new pan-BBC Diversity and Inclusion team based in Birmingham led by Tunde Ogungbesan (pictured above), the new Head of Diversity, Inclusion and Succession.

Last year, Tony Hall, the BBC’s Director-General, set out a raft of new diversity initiatives. At the time he said: “The BBC gets much right on diversity, but the simple fact is that we need to do more. I am not content for the BBC to be merely good or above average. I want a new talent-led approach that will help set the pace in the media industry. I believe in this and want our record to be beyond reproach.”

These appointments will help the BBC with the delivery of these plans as well as developing a strong team that will work across the whole Corporation to help the BBC do all it can to be representative of its audiences.

Alison will work across the BBC to support the improved programming, commissioning and portrayal of people with disabilities. She joins the BBC from Channel 4, where she was instrumental in taking disability from the margins to the heart of the broadcaster’s schedule and played a senior editorial role in planning and delivery of Channel 4’s coverage of the London 2012 Paralympics.

Tunde will report to Valerie Hughes-D’Aeth, Director, HR, and will lead the BBC’s diversity and inclusion strategy for staff and on-screen portrayal. He will focus on building an inclusive culture that drives engagement with both staff and audiences.

He joins from Shell, where he has been responsible for leading their global Diversity and Inclusion strategy for the last five years.

Valerie Hughes-D’Aeth says: “I’m delighted to be welcoming both Tunde and Alison to the BBC. They both have a wealth of experience in their fields and will bring real insight and leadership to the BBC D&I team. We believe it’s important that we do all it can to reflect our audiences both on screen and off. These important appointments will help us deliver the action plan we announced last year to tackle under representation at the BBC.”

Tunde’s team will implement the ambitious plans to increase the representation of BAME and disabled people on and off screen, announced by Director-General Tony Hall a year ago, draw together all the BBC’s diversity work to maximise its impact and co-ordinate the BBC’s contribution to industry-wide diversity projects.

Tunde Ogungbesan says: "I'm excited to be here because I believe in what the BBC does and what it wants to achieve. It is clear that the Director-General and everyone across the BBC I've met so far have a real commitment to diversity and inclusion. I'm looking forward to working with them to make a difference."

Creating the pan-BBC Disability Lead role is a key part of the Director-General’s commitments on disability.

Alison Walsh says: “This is a dream role for me. Disability is normal for so many of us - part of our lives, directly or indirectly. The BBC, perhaps more than any other broadcaster, needs to reflect that normality and to nurture the best of the nation’s disabled talent. We’ve seen real progress in disability portrayal in recent years, but that feels like just the warm-up. I’m hugely looking forward to working with teams across the BBC, building on the great work they are already doing and helping create the next big breakthroughs.”

Elonka Soros also joins the team as the BBC Creative Diversity Lead. A former BBC English Regions journalist and programme maker, Elonka has been at the forefront of developing and delivering the BBC's diversity plans while on attachment to the Director-General’s office. Her new pan-BBC brief covers portrayal, talent and outreach.

In the last year we have been working to deliver the Director-General’s commitments on the representation of BAME and disabled people on and off screen.

Further details of the plans to increase representation of BAME people in the BBC’s staff and content can be found here: bbc.co.uk/mediacentre/latestnews/2014/bame-representation-plans

In addition to Alison’s appointment we are working on the following initiatives:

Further details of the BBC’s commitments to improve the representation of disability on and off screen can be found here: bbc.co.uk/mediacentre/latestnews/2014/representation-disabled-people